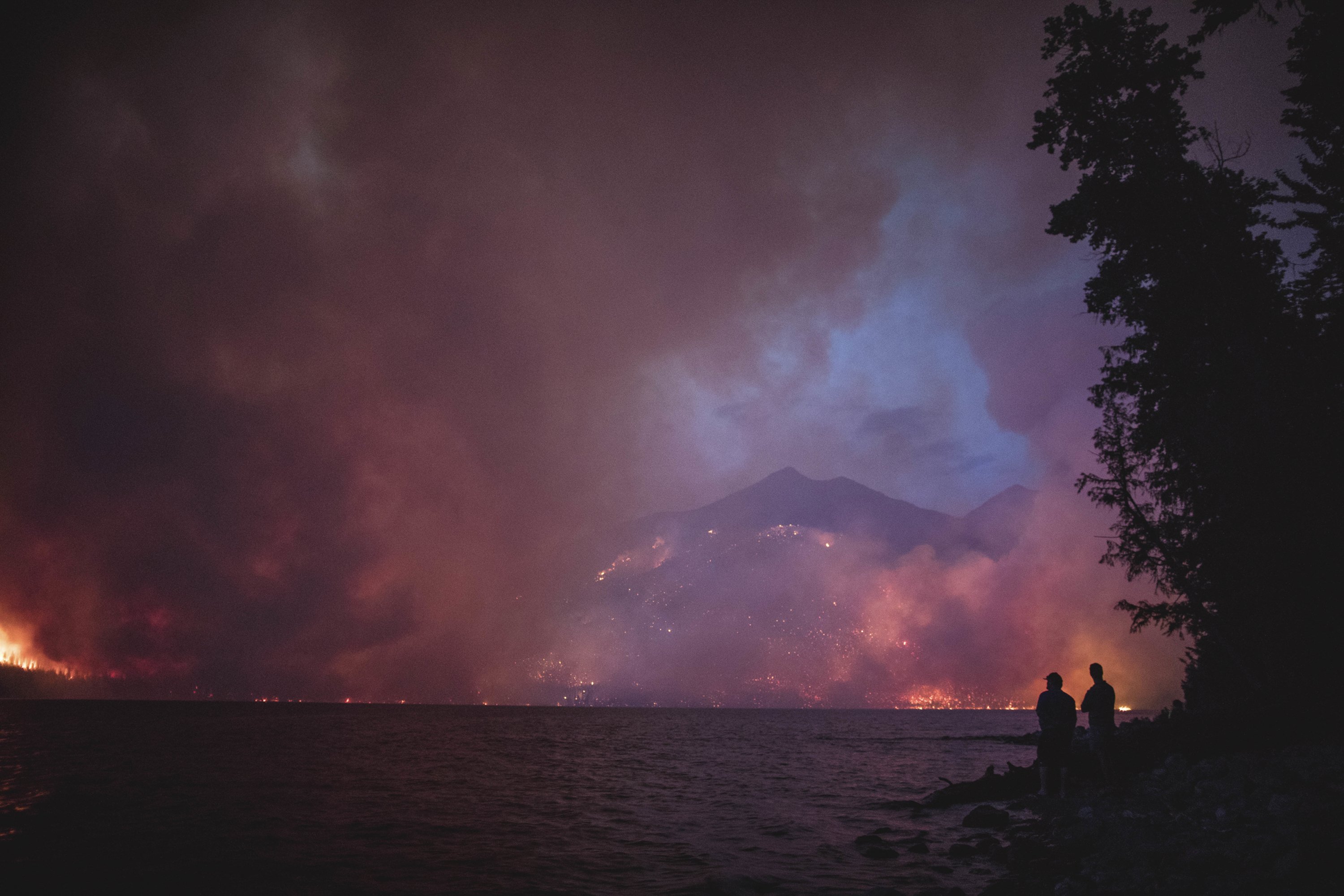 MISSOULA, Mont. — A wildfire in Montana’s Glacier National Park is forcing more evacuations and has burned within a half-mile of the scenic Going-to-the-Sun Road.

Protecting the highway through the park is officials’ priority, with firefighters installing hoses and sprinklers to prevent it from spreading there, The Missoulian newspaper reported Sunday.

If that happens, destabilization could lead rock and trees to fall for years, operations chief Rocky Gilbert said.

Part of the 50-mile, two-lane road is closed. The road spans the width of the park and crosses the Continental Divide, according to the Visit Montana website.

Officials evacuated the Fish Creek Campground and told residents in the small town of Apgar on Lake McDonald that they might have to leave.

Other campgrounds, the historic Lake McDonald Lodge and private cabins along Going-to-the-Sun Road are already under evacuation orders.

Brothers Craig and Sean Simpson, and their father, Henry, were evacuated from their campground Sunday, the Missoulian reported.

“It’s kind of scary, being woken up and told you have to evacuate,” Craig Simpson told the newspaper.

Sean Simpson commended Glacier staff for their handling of the situation. “They got us out with plenty of time to be safe, and we felt taken care of.”

The Simpsons had arrived from New England on Saturday. While they had to relocate to Apgar Campground and cancel their plans to hike in the North Fork, they still planned to stay for five nights.

Businesspeople who serve tourists in the park said the fire has already hurt them.

“The smoke is what’s affecting us,” Glacier Outfitters co-owner Shelby Handlin Hampton told the Missoulian. The fire deterred Glacier visitors from the outdoor activities that her shop supports.

The fire in Glacier National Park comes as officials said a wildfire near California’s Yosemite National Park has been fully contained following a recent weekslong closure.