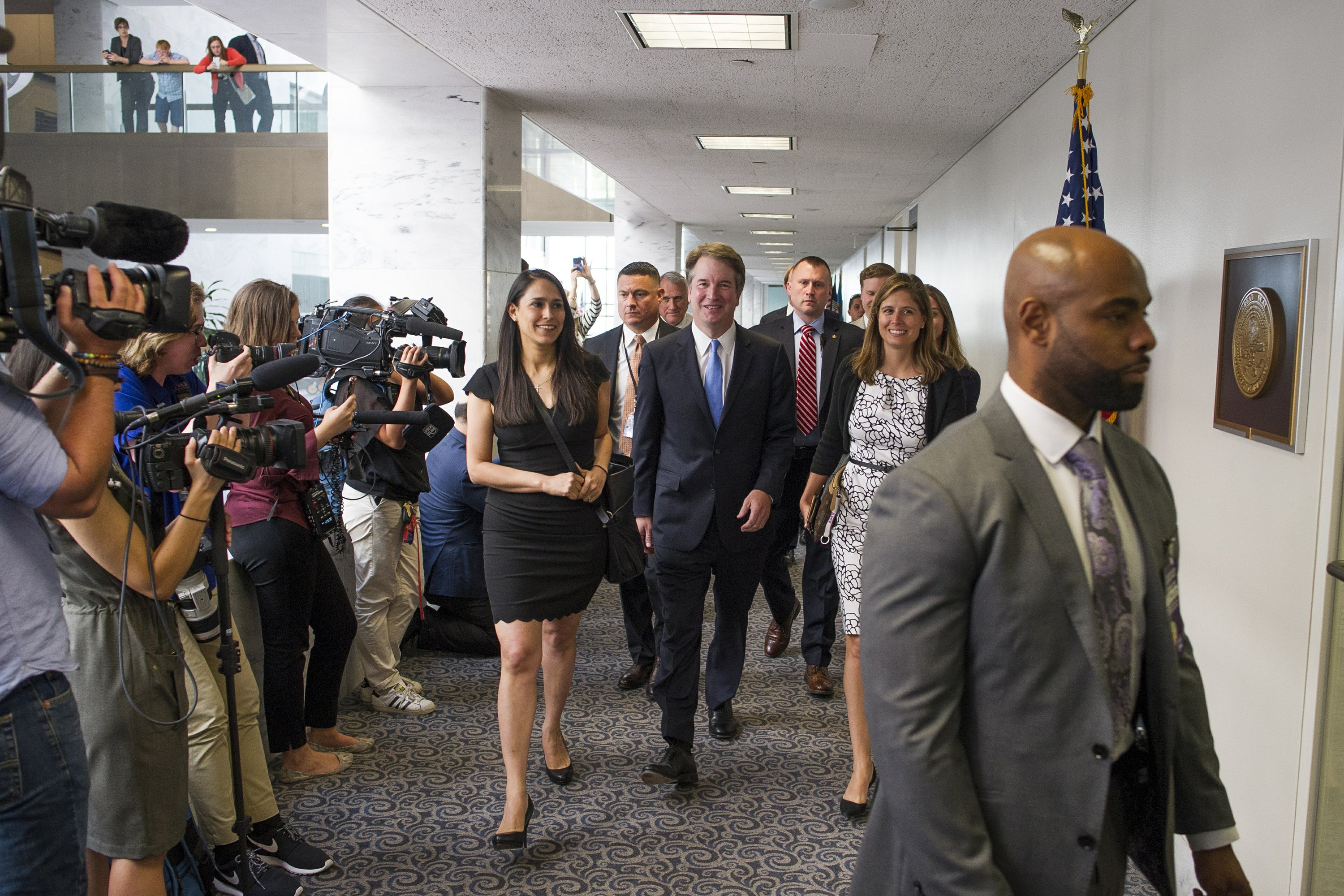 WASHINGTON — Supreme Court nominee Brett Kavanaugh is set to meet with Republican Sen. Susan Collins of Maine, a centrist who’s seen as a potential swing vote on his confirmation.

Collins supports abortion rights and has vowed to oppose any nominee who has “demonstrated hostility” to Roe v. Wade. But she has spoken highly of President Donald Trump’s nominee, saying he’s qualified for the job.

The meeting Tuesday comes as Kavanaugh, an appellate court judge, is making the rounds on Capitol Hill ahead of confirmation hearings in September. One key meeting will be with Senate Minority Leader Chuck Schumer, D-N.Y., who wants Kavanaugh to support fully releasing documents from his tenure in the George W. Bush White House.

Democrats complain that Republicans, who have a slim 51-49 majority in the Senate, are withholding documents in their rush to confirm Trump’s pick for the court ahead of midterm elections.

“There’s still much about Judge Kavanaugh that we don’t know, because Senate Republicans have engaged in blatant and historic obstruction of large portions of his record,” Schumer said Monday from the Senate floor.

Kavanagh, 53, is a conservative who, in replacing retired Justice Anthony Kennedy, could tip the court rightward for a generation.

He has already met with most Republicans but his meeting with Collins, and a meeting expected later this month with Sen. Lisa Murkowski, R-Alaska, will be crucial. Both senators both support access to abortion services.

Kavanaugh is also set to meet with other Democrats on Tuesday as he steps up his outreach to that side of the aisle.

Many Democrats have already said they would oppose Kavanaugh, while others say they want to see more documents from his five years in the Bush White House.

Republicans are using an expedited process to review Kavanaugh’s lengthy record in public service, drawing on records assembled by Bush’s lawyer, Bill Burck, separate from those traditionally compiled by the National Archives and Records Administration.

Republicans say there is plenty to review, including 300 court cases from his 12 years as a judge, and are only seeking records from Kavanaugh’s time in the White House counsel’s office. Democrats also want documents from Kavanaugh’s three-year stint as Bush’s staff secretary.

The National Archives is also producing documents from Kavanaugh’s time on Kenneth Starr’s investigation of President Bill Clinton, but has said its larger cache of files from the Bush years won’t fully be delivered until late October.

Republicans hope to have Kavanaugh confirmed by the start of the court’s session Oct. 1.