The Latest: Man charged with murder in Tibbetts’ death 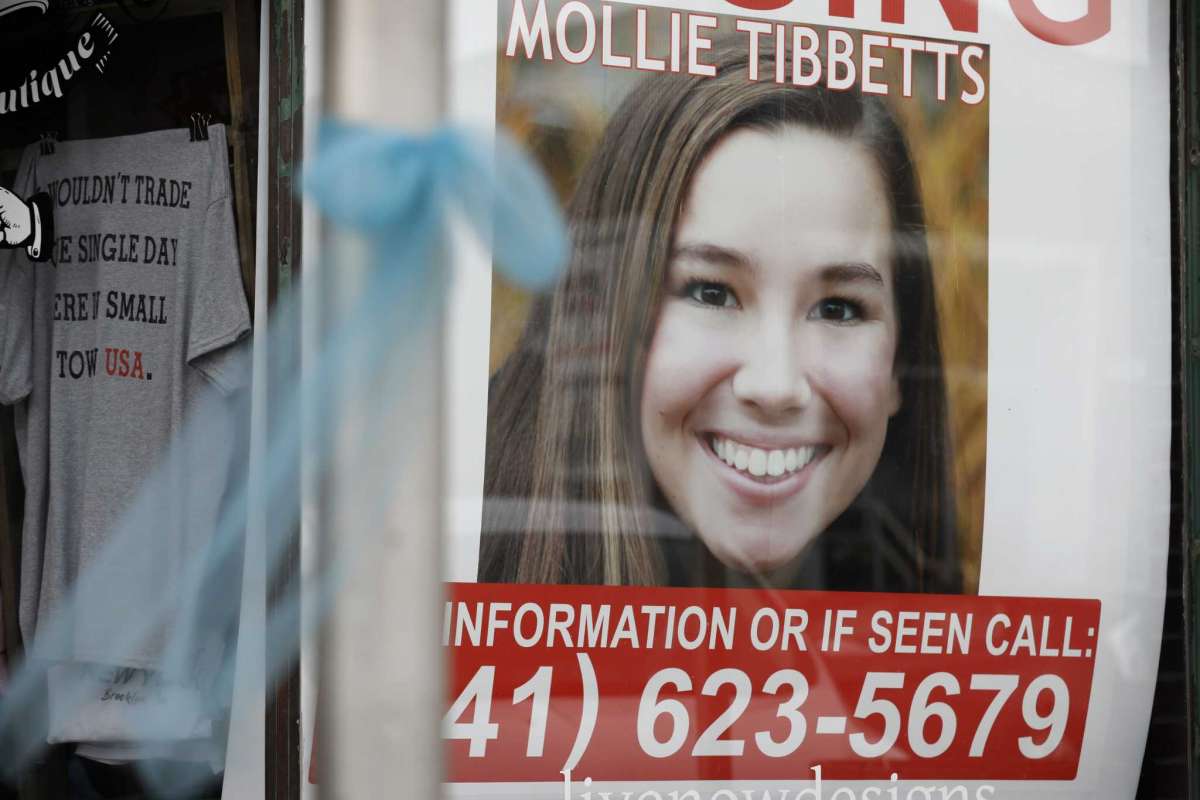 MONTEZUMA, Iowa — The Latest on the discovery of a body believed to be that of 20-year-old missing Iowa college student Mollie Tibbetts (all times local):

Police say a man in the country illegally has been charged with murder in the death of Iowa college student Mollie Tibbetts.

A charge of 1st degree murder has been filed against 24-year-old Cristhian Bahena Rivera. If convicted, the charge carries a mandatory sentence of life in prison.

Investigators say they used surveillance video in tracking down Rivera. The video showed Tibbetts jogging in a rural area near her hometown of Brooklyn as well as Rivera’s car.

Police had searched the area but noted her body was found in a field, covered with corn stalks.

Authorities say they are holding a suspect in the death of Iowa college student Mollie Tibbetts, and he is being held on a federal immigration detainer.

Mitch Mortvedt, an assistant director of the state Division of Criminal Investigations, says Tuesday that authorities are holding a suspect and will release more details during a 4 p.m. news conference.

Earlier Tuesday, investigators announced a body believed to be Tibbetts was found in rural Poweshiek County.

Tibbetts, a 20-year-old student at the University of Iowa, has been missing since July 18.

Police say a body believed to be that of 20-year-old college student Mollie Tibbetts has been discovered in a rural area near where she went missing last month.

The agency called a 4 p.m. news conference to provide an update on the search for Tibbetts, saying investigators were working to confirm the identity of the body.

Tibbetts has been missing since July 18, when she was last seen jogging through the streets of Brooklyn.

Investigators believe they have found the body of Mollie Tibbetts, a University of Iowa student who has been missing for more than a month.

The 20-year-old woman was last seen July 18, jogging in her hometown of Brooklyn in central Iowa.

Greg Willey, the vice president of Crime Stoppers of Central Iowa, says a body found Tuesday is believed to be Tibbetts.

No information has been released about where the body was found.

Willey says a nearly $400,000 reward fund for her discovery will now become a reward for information leading to the capture of any suspects.