His former associates in court, Trump focuses on ‘winning’ 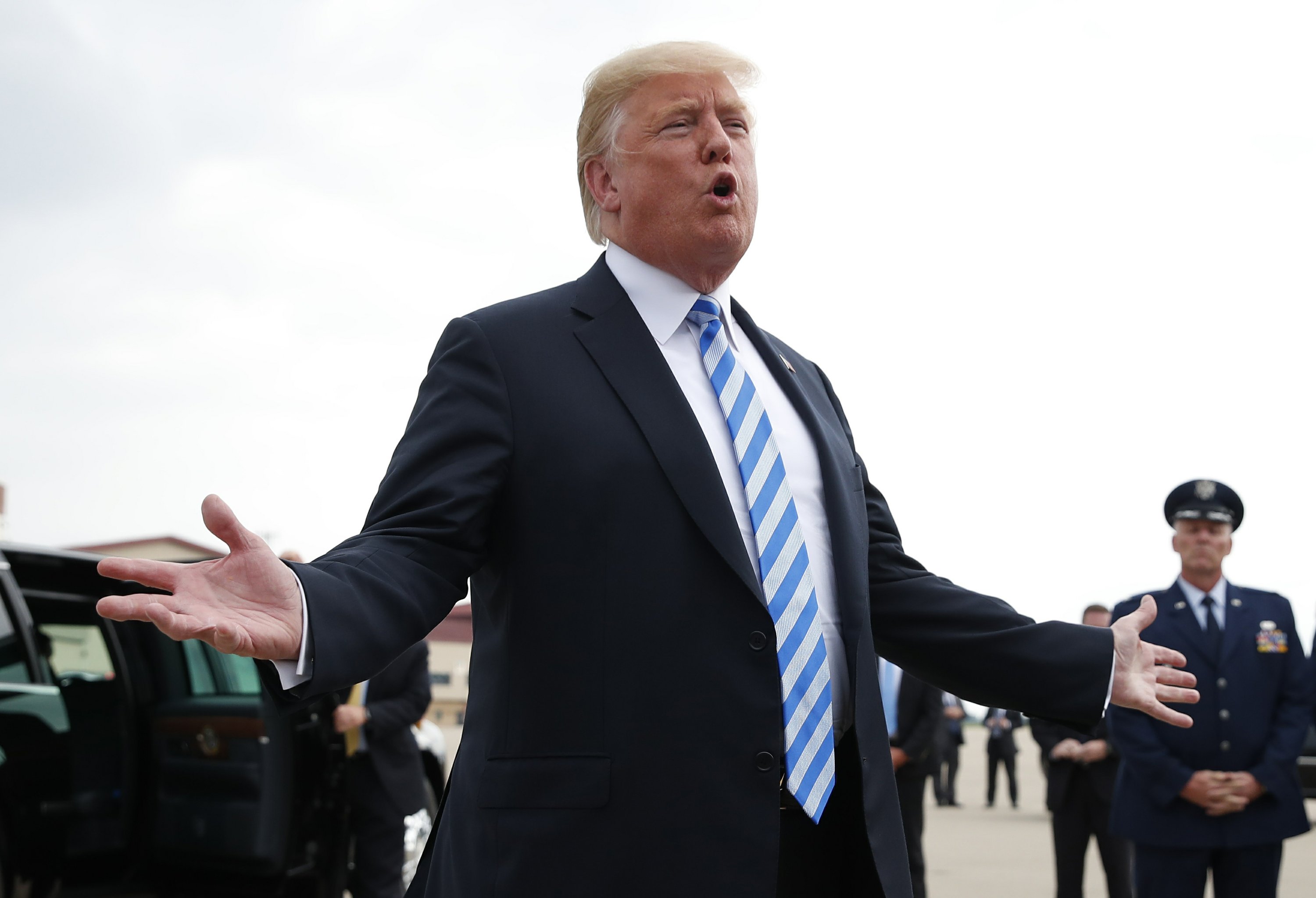 WASHINGTON — President Donald Trump confronted one of the most perilous moments of his presidency after two onetime members of his inner circle simultaneously were labeled “guilty” of criminal charges. Although Trump largely ignored the jarring back-to-back blows at a campaign rally in West Virginia, questions mounted about his possible legal exposure and political future.

In a split screen for the history books, Trump’s former campaign chairman Paul Manafort was convicted of financial crimes at nearly the same moment Tuesday that Trump’s former personal attorney Michael Cohen pleaded guilty to a series of felonies, including campaign finance violations that the lawyer said he carried out in coordination with Trump.

With two men who played prominent roles on the president’s campaign convicted of multiple criminal charges, the investigations circled ever closer to Trump. But for all that, Trump spent more than an hour at a rally in Charleston on Tuesday night painting a rosy view of his accomplishments in office, ticking off developments on trade, taxes, North Korea and even his plans for a Space Force.

“Where is the collusion?” he demanded, underscoring that Manafort’s crimes had occurred before he became involved with the Trump campaign. “You know they’re still looking for collusion.”

The president did say he felt “badly for both” men, but he largely ignored Cohen’s guilty pleas to eight felonies.

It is the Cohen case that places Trump in the most jeopardy, legal experts said, as the longtime personal “fixer” acknowledged his role in a scheme to pay off women who accused the future president of sexual misconduct.

“It’s going to be hard for the president to try to discredit all this. It’s circling him,” said David Weinstein, a former federal prosecutor who is not involved in the case.

Trump has shown an uncanny ability to shake off a relentless stream of accusations and jolting statements that provoked outrage. His loyal base of supporters has stayed with him despite his effort to blame “both sides” for the deadly violence between white nationalists and anti-racist protesters in Charlottesville, Virginia, for one, and his refusal to side with the U.S. intelligence services over Russia’s Vladimir Putin in Helsinki last month, among other controversies.

Case in point, the crowd in West Virginia loudly chanted Trump’s campaign staples “Drain the swamp!” and “Lock her up!” despite the fresh corruption convictions and looming prison sentences for his former advisers.

Manafort’s conviction served as a vindication of Mueller’s work as investigators continue to probe potential misdeeds by the president and those in his orbit. Mueller’s team also had referred evidence in the Cohen case to federal prosecutors in New York.

Trump attorney Rudy Giuliani sought to cast the blame solely on Cohen in a Tuesday statement, saying: “There is no allegation of any wrongdoing against the President in the government’s charges against Mr. Cohen.”

Trump’s legal team has also been engaged in a monthslong negotiation with Mueller’s team about a potential sit-down with the president, but has objected to the scope of the questions.

In a separate courtroom Tuesday, prosecutors and defense attorneys for former Trump national security adviser Michael Flynn agreed to postpone his sentencing after he pleaded guilty to lying to the FBI about his contacts with a Russian official, in a sign his cooperation was still needed in the Mueller probe.

The afternoon of explosive legal developments comes as the White House is refocusing itself around the upcoming midterms and as Trump allies like Steve Bannon seek to frame the election as a referendum on the potential impeachment of the president. Trump confidants have long argued that the president’s fate in such a scenario would ultimately be more a matter of politics than law.

Of Cohen’s plea, Bannon argued Tuesday that it “takes away the argument from those who are telling the president it’s not that bad if he loses the House. This now becomes more than ever a national election on the issue of impeachment.”

Trump confidants reasserted late Tuesday that it is the White House position that a president cannot be indicted, referring to a 2000 opinion of the Justice Department’s Office of Legal Counsel, which provides legal advice and guidance to executive branch agencies. Trump’s lawyers have said Mueller plans to adhere to that guidance, though Mueller’s office has never independently confirmed that. There would presumably be no bar against charging a president after he or she departs the White House.

Michael Avenatti, a lawyer pressing a civil case against Trump for Daniels, who has said she had sex with the president, tweeted Tuesday that the resolution of the criminal case against Cohen “should also permit us to proceed with an expedited deposition of Trump under oath about what he knew, when he knew it, and what he did about it.”

The Supreme Court in 1997, ruling in a sexual harassment lawsuit brought by Paula Jones, held that a sitting president could be made to answer questions as part of a lawsuit. That ruling did not directly address whether a president could be subpoenaed to testify in a criminal investigation.

Despite blustery public denials, the fate of Manafort and Cohen has worried the president’s inner circle.

For many around Trump, Cohen has represented a greater threat than even the Russia investigation, drawing from his decade of working as the then-celebrity real estate developer’s fixer. An FBI raid on Cohen’s New York office and hotel room in April rattled the president, who has complained publicly about what he felt was government overreach while privately worrying about what material Cohen may have had after working for the Trump Organization for a decade.

Those in Trump’s orbit, including Giuliani, have steadily ratcheted up attacks on Cohen, suggesting he was untrustworthy and lying about what he knew about Trump’s business dealings. When Cohen’s team produced a recording that the former fixer had made of Trump discussing a payment to silence a woman about an alleged affair, Giuliani sought to impugn Cohen’s credibility and question his loyalty.

Trump stewed for weeks over the media coverage of the Manafort trial. Though the proceedings were not connected to Russian election interference, Trump has seethed to confidants that he views the Manafort charges as “a warning shot” from Mueller.

As he watched the courtroom proceedings, he told confidants that he feared his eldest son, Donald Trump Jr., could at some point be the one on trial, according to two people familiar with his thinking but not authorized to discuss private conversations.

“What matters is that a jury found that the facts presented to them by the special prosecutor warranted a conviction of someone who surrounds the president,” Weinstein said.