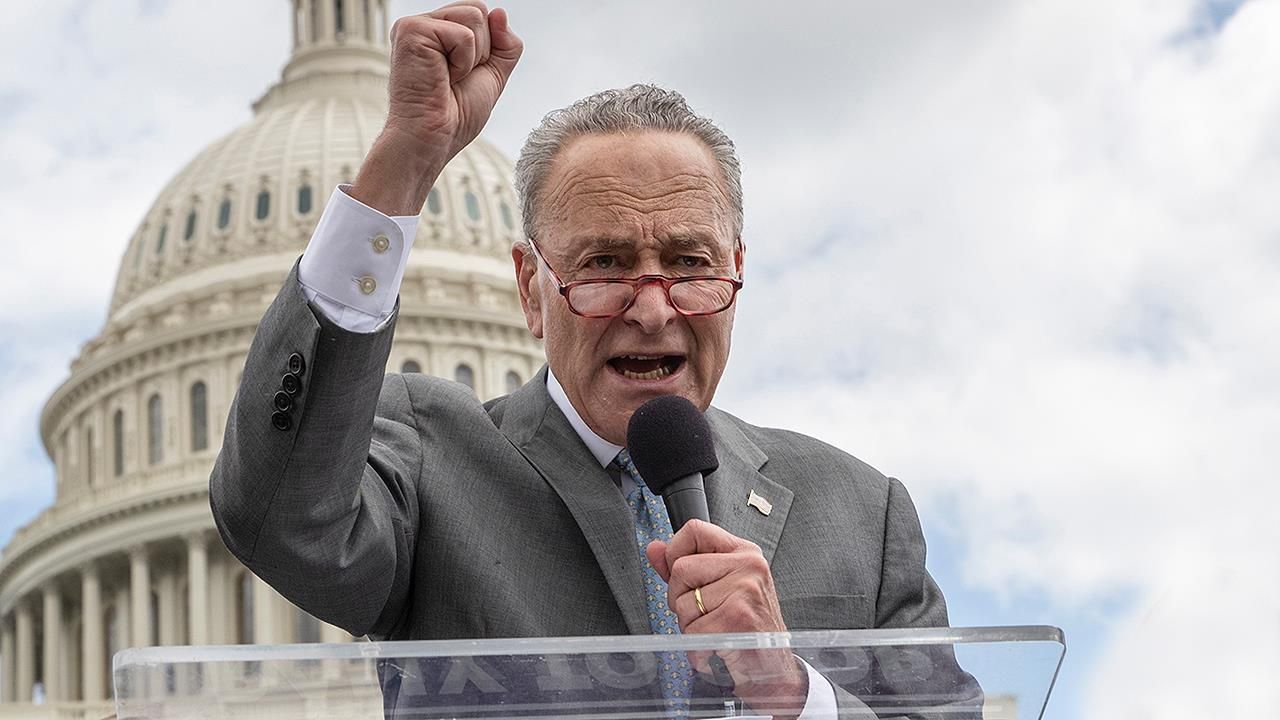 WASHINGTON — The Latest on President Donald Trump (all times local):

Nadler said the guilty plea Tuesday by Trump’s former personal lawyer, Michael Cohen, means that “the president of the United States is now directly implicated in a criminal conspiracy.” Nadler says Congress must act to “respond to this culture of corruption that has taken hold under Mr. Trump and Republican congressional majorities.”

Schumer argues that Kavanaugh has refused to answer whether President Donald Trump can be forced to comply with a subpoena. He said that refusal, combined with Cohen implicating Trump in a federal crime, makes the danger of Kavanaugh’s nomination “abundantly clear.”

He says the president is on the verge of making a lifetime appointment to the Supreme Court, which may soon determine the extent of his legal jeopardy.

He says the Senate shouldn’t confirm a justice who believes that presidents “are virtually above the law and only Congress can check a president’s power.”

In a motion filed Wednesday, Manafort’s attorneys are asking U.S. District Judge T.C. Ellis lll to withhold portions of a bench discussion that occurred during the trial that ended with Manafort’s conviction on 8 counts Tuesday. Ellis initially sealed the material after a request from prosecutors.

Manafort lawyer Kevin Downing had asked Gates whether he had informed prosecutors about four alleged extramarital affairs, but the judge halted that line of questioning. 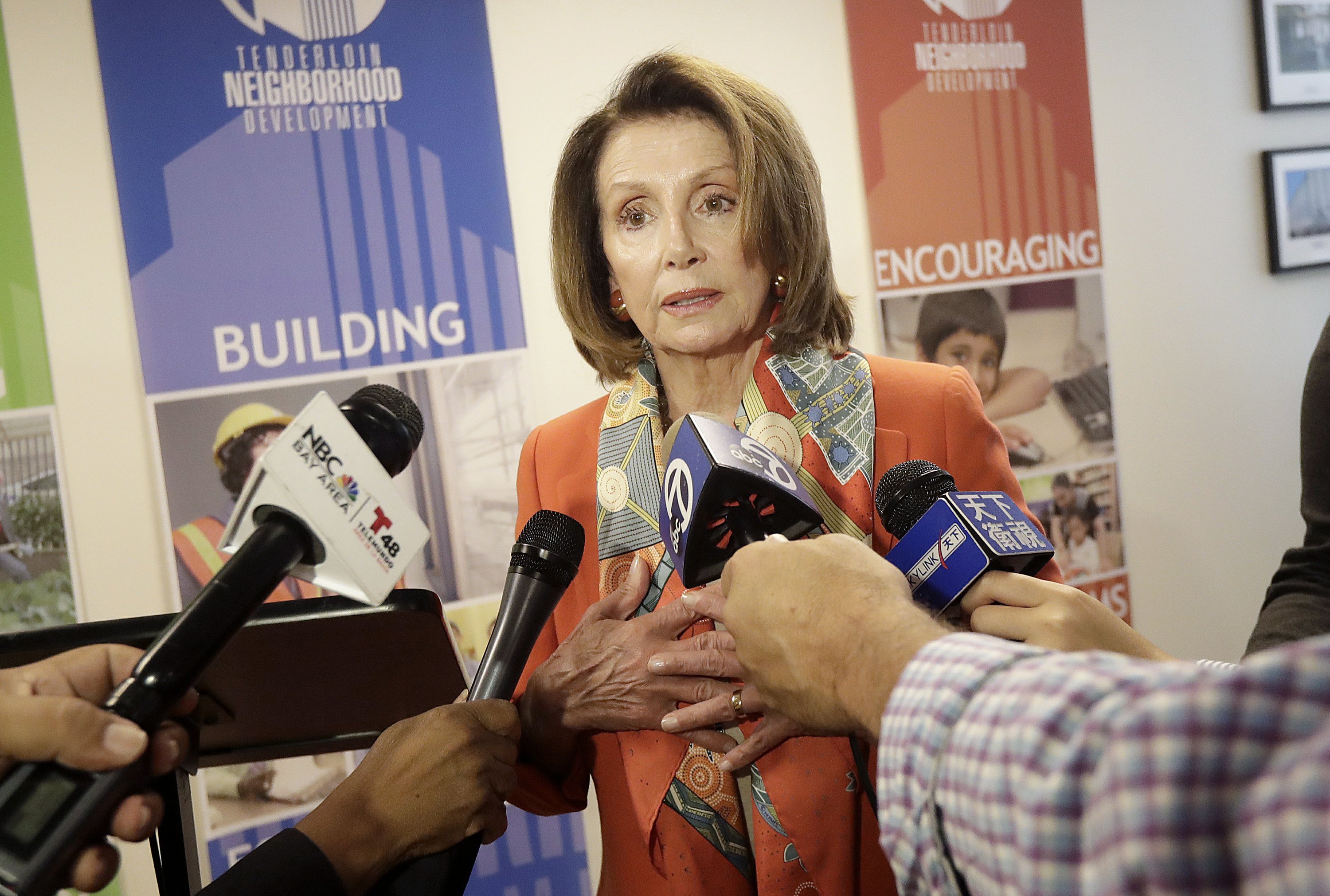 House Democratic Leader Nancy Pelosi says impeaching President Donald Trump is “not a priority” for Democrats despite the conviction of Trump’s former campaign manager, Paul Manafort, and the guilty plea of his former lawyer, Michael Cohen.

Pelosi tells The Associated Press that “impeachment has to spring from something else.”

Pelosi says she prefers for Democrats, if they win the House in November, to conduct oversight and ensure Special Counsel Robert Mueller can finish his work.

She says: “If and when the information emerges about that, we’ll see. It’s not a priority on the agenda going forward unless something else comes forward.”

Cohen pleaded guilty to campaign finance violations and implicated Trump in a campaign cover-up to buy the silence of women who said they had sexual relationships with him.

Trump appeared to be referencing that Obama’s 2008 campaign was fined $375,000 by the Federal Election Commission for reporting violations that stemmed from missing notices for donations received during the final days of the campaign.

Donald Trump’s former personal lawyer, Michael Cohen, would probably be willing to testify before Congress without being granted immunity.

That’s the word from Lanny Davis, Cohen’s personal attorney, who tells CNN it’s his belief that Cohen would agree to testify again. He cautions that he has not spoken with Cohen about it.

The leaders of the Senate Intelligence Committee on Tuesday said they want Cohen to appear again before their panel. They cited press reports that assert Cohen knew in advance about a meeting with a Russian lawyer in Trump Tower during the 2016 campaign. The senators said Cohen indicated otherwise during his testimony.

Davis says Cohen testified truthfully and was unable to correct the press reports due to the ongoing criminal investigation.

Cohen pleaded guilty Tuesday to campaign-finance violations and other charges.

President Donald Trump is accusing his personal attorney, Michael Cohen, of making up “stories in order to get a ‘deal.'”

The president’s tweet Wednesday comes after Cohen pleaded guilty to campaign finance charges in a case that poses a direct threat to Trump.

Trump says on Twitter that he feels “very badly” for former campaign chairman Paul Manafort who was convicted on financial crimes.

The president says in Manafort’s case, “Justice” took a 12-year-old tax case, among other things, applied tremendous pressure on him and, unlike Michael Cohen, he refused to “break” – make up stories in order to get a “deal.”

Trump says of Manafort, he has “Such respect for a brave man!”

Trump tweeted Wednesday: “If anyone is looking for a good lawyer, I would strongly suggest that you don’t retain the services of Michael Cohen!”

Davis said the information could include whether Trump knew ahead of time about the hacking of Democratic emails during the 2016 presidential election, knowledge about a possible conspiracy to corrupt American democracy by the Russians and the failure to report that knowledge to the FBI.

Davis spoke in a series of television interviews Wednesday.

President Donald Trump’s former personal lawyer has pleaded guilty to campaign finance violations and his onetime campaign chairman has been convicted for financial fraud — and those developments are raising questions about Trump’s potential legal jeopardy.

And in a Virginia courtroom, onetime Trump campaign chairman Paul Manafort has been convicted of financial crimes.