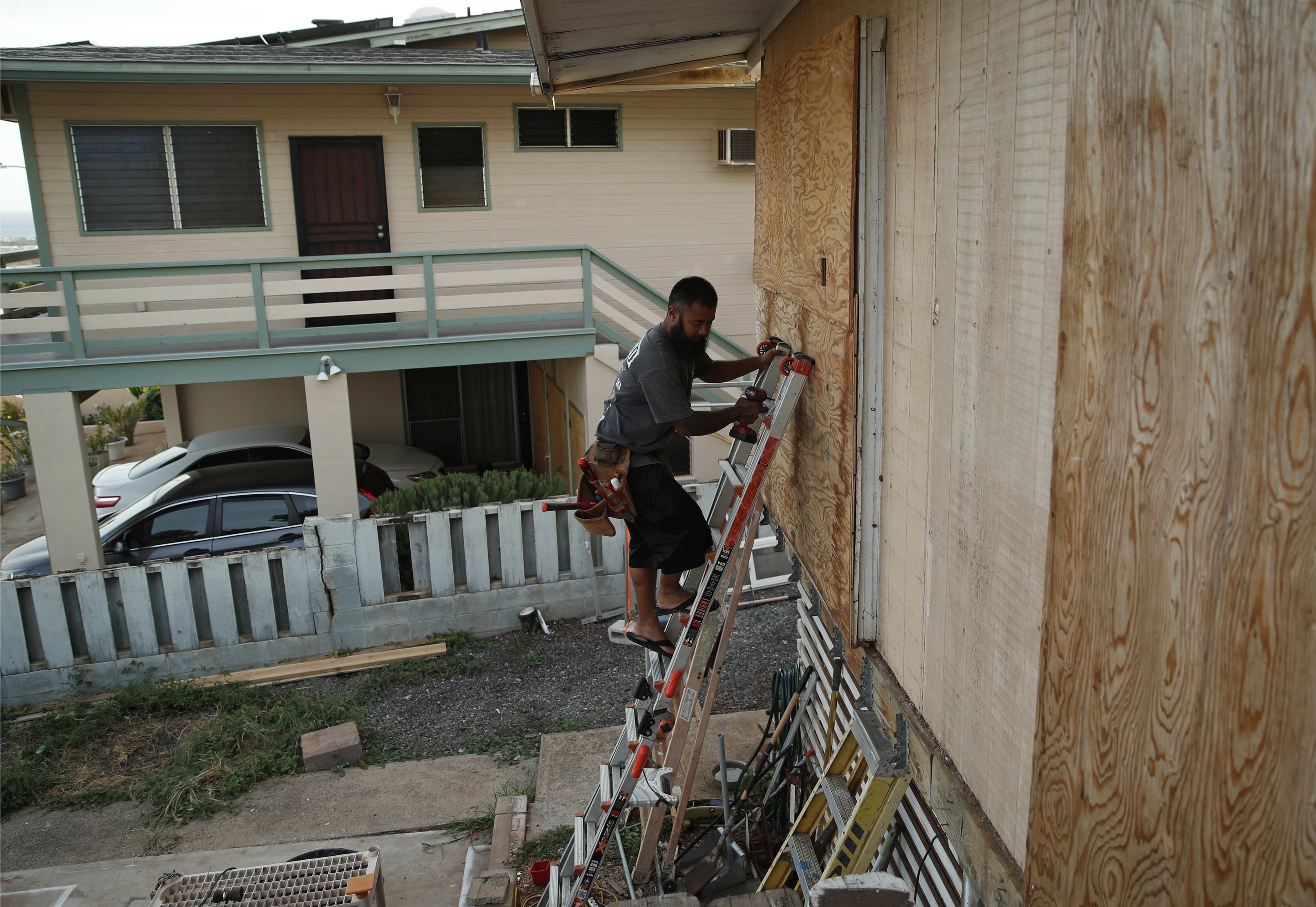 The president incorrectly argued on Fox News that paying hush-money to two women wasn’t “even a campaign violation” because he reimbursed lawyer Michael Cohen with his own money.

Democrats seem eager to highlight GOP corruption for the midterms, but try to avoid direct talk of impeachment and losing focus on economic arguments.

The Category 4 storm is forecast to continue its northwest turn into Hawaii, which would make it the most powerful storm to hit the islands since Hurricane Iniki in 1992.

4. WHERE RECOVERY HAS BEEN A SLOG POST-HARVEY

Community leaders in Houston say low-income residents have been more reliant on a patchwork of organizations to help after the devastating hurricane a year ago.

5. FEDS TOLD TO GET GOING ON ‘OBAMACARE’

A congressional watchdog is urging the Trump administration to step up its management of sign-up season for Obama’s health care law after mixed results in 2017, AP learns.

Two people killed in a knife attack west of Paris were the mother and sister of the attacker, who was subsequently killed by police.

Proponents of ordaining women as Roman Catholic priests are citing the church’s unfolding sex abuse scandals as powerful arguments for their cause.

Immigration authorities coerced dozens of parents separated from their children at the border to sign documents they didn’t understand, according to a complaint expected to be filed.

9. US, CHINA RAISE TARIFFS IN NEW ROUND OF TRADE DISPUTE

The feuding nations imposed more tariff hikes on billions of dollars of each other’s automobiles, factory machinery and other goods.