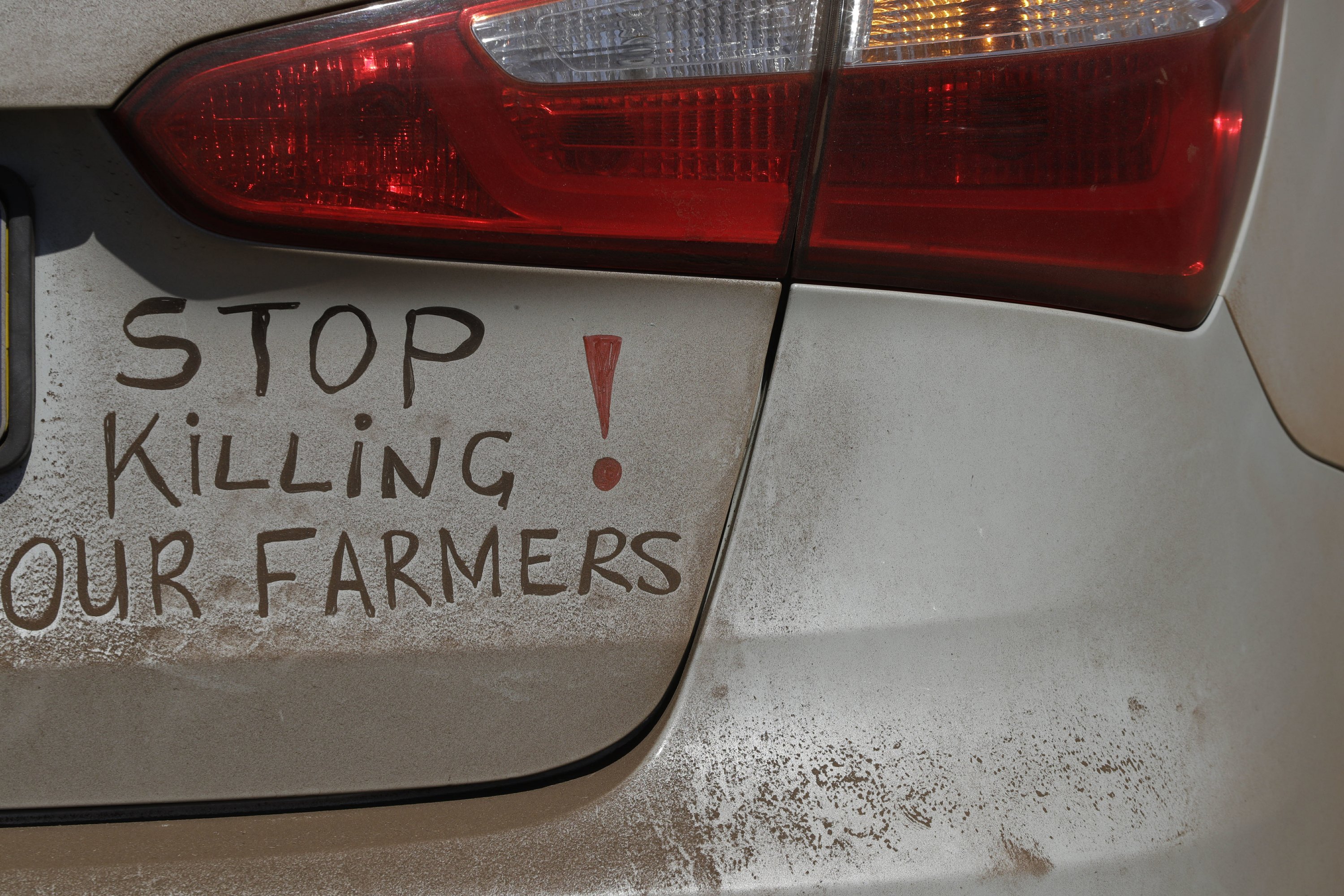 JOHANNESBURG — President Donald Trump is claiming that South Africa is seizing farms and that high numbers of farmers are being killed in the country. His comments have intensified an ongoing controversy over the government’s plans to redistribute land to blacks who had been forced off their land during the previous system of racial discrimination, known as apartheid.

A look at Trump’s comments and the reality behind the land situation in South Africa:

TRUMP: “I have asked Secretary of State @SecPompeo to closely study the South Africa land and farm seizures and expropriations and the large scale killing of farmers.” — tweet Thursday.

THE FACTS: While the killings of farmers have been taking place for more than 20 years and are widely seen as part of South Africa’s high crime rate, experts say white farmers have not been the target. Nor are there signs of widespread killings.

South African police statistics show that in 2016-2017 there were 638 attacks on farms and small plots of land, with 74 people murdered, according to Africa Check, a nonprofit fact-checking website that partners with the Poynter Institute. Those killings on farms are part of the 19,000 murders in the country over the same period, Gareth Newham, head of the crime and justice program of the Institute for Security Studies in Pretoria, told The Associated Press. The number of murders on farms is down from 2001-2002 when police recorded 140 farm killings, he said. The murders on farms are proportionately higher than South Africa’s overall murder rate because farms are generally more remote and exposed, Newham said.

“The murders on farms are a reflection of the security situation in South Africa. There is absolutely no evidence that the violence is aimed at white farmers. There is no objective evidence of targeted killings,” Newham said.

THE FACTS: No land seizures have taken place in South Africa, although President Cyril Ramaphosa and his ruling party, the African National Congress, have stated they intend to expropriate land without compensation.

Ramaphosa has said that expropriation is necessary to return land that was seized from blacks during apartheid, the country’s previous system of racial discrimination. On July 31, Ramaphosa said his government would take steps to amend the constitution to allow expropriation without compensation, but no legislation has been put forward yet, nor have there been any major government seizures of agricultural land. There have been some ad hoc invasions of privately owned land by blacks who claim the land, but these have been stopped by police.

Ramaphosa spoke to parliament on Wednesday about the land situation and said land expropriation and redistribution to black farmers is necessary to right the injustices of the apartheid, which forcibly removed blacks from their ancestral land.

“The acceleration of land redistribution is necessary not only to redress a grave historical injustice, but also to bring more producers into the agricultural sector and to make more land available for cultivation,” Ramaphosa said.