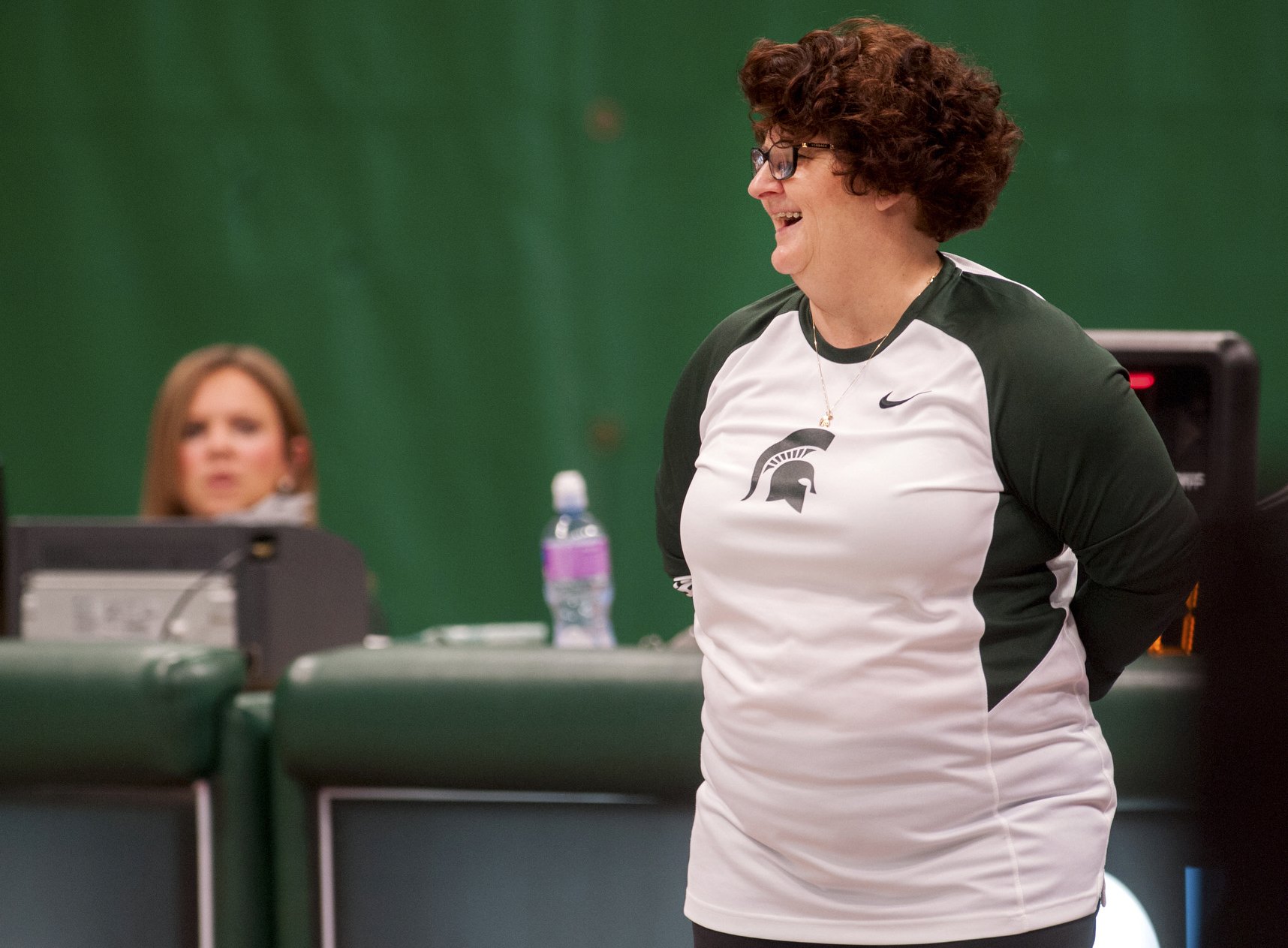 LANSING, Mich. — A former Michigan State gymnastics coach was charged Thursday with lying to police during the investigation into the school’s handling of sexual abuse complaints against former sports doctor Larry Nassar.

Kathie Klages, who resigned in 2017 after she was suspended for defending the now-imprisoned Nassar, is now the third person other than Nassar to face criminal charges in the case. If convicted of the felony and misdemeanor counts, she could face up to four years in prison.

Charging documents don’t specify what Klages is accused of lying about, though she has denied allegations that former gymnast Larissa Boyce told her that Nassar abused her in 1997, when Boyce was 16.

Boyce had been training with the Spartan youth gymnastics team at the time. Boyce has said Klages dissuaded her from taking the issue further, even after another young gymnast relayed similar allegations.

It wasn’t immediately clear if Klages has a criminal defense lawyer. A message seeking comment Thursday was left with attorneys defending her in civil lawsuits. The charges were announced by special independent counsel Bill Forsyth, who was appointed by the state attorney general to investigate the university.

Hundreds of girls and women have said Nassar sexually abused them under the guise of medical treatment when he was a physician, including while he worked at Michigan State and Indianapolis-based USA Gymnastics, which trains U.S. Olympians. Nassar, 55, was convicted of molesting athletes and possessing child pornography during separate trials that began last year, and his sentences equate to life in prison.

Others charged amid the investigations into Nassar include the former dean of the university’s osteopathic medicine school, William Strampel, who had oversight of Nassar. He is accused of neglecting his duty to enforce examining-room restrictions imposed on Nassar after a patient accused him in 2014 of sexual contact.

Strampel was charged and later retired. He also has been accused of sexual harassment by three women, including two medical students, who alleged bawdy talk about sex and nude photos, and a groping incident.

In Texas, a grand jury indicted former sports medicine trainer Debra Van Horn on one count of second-degree sexual assault of a child, making her the first person other than Nassar to be charged in direct connection with the assaults. The local prosecutor has said she was charged as “acting as a party” with Nassar, but he didn’t elaborate. Van Horn had worked at USA Gymnastics for 30 years.

Investigators have said Nassar’s crimes were mostly committed in Michigan at a campus clinic, area gyms and his Lansing-area home. Accusers also said he molested them at a gymnastics-training ranch in Texas, where Nassar also faces charges, and at national and international competitions.

Michigan State softball, volleyball, and track and field athletes have also said they told a coach and trainers about Nassar’s inappropriate behavior.