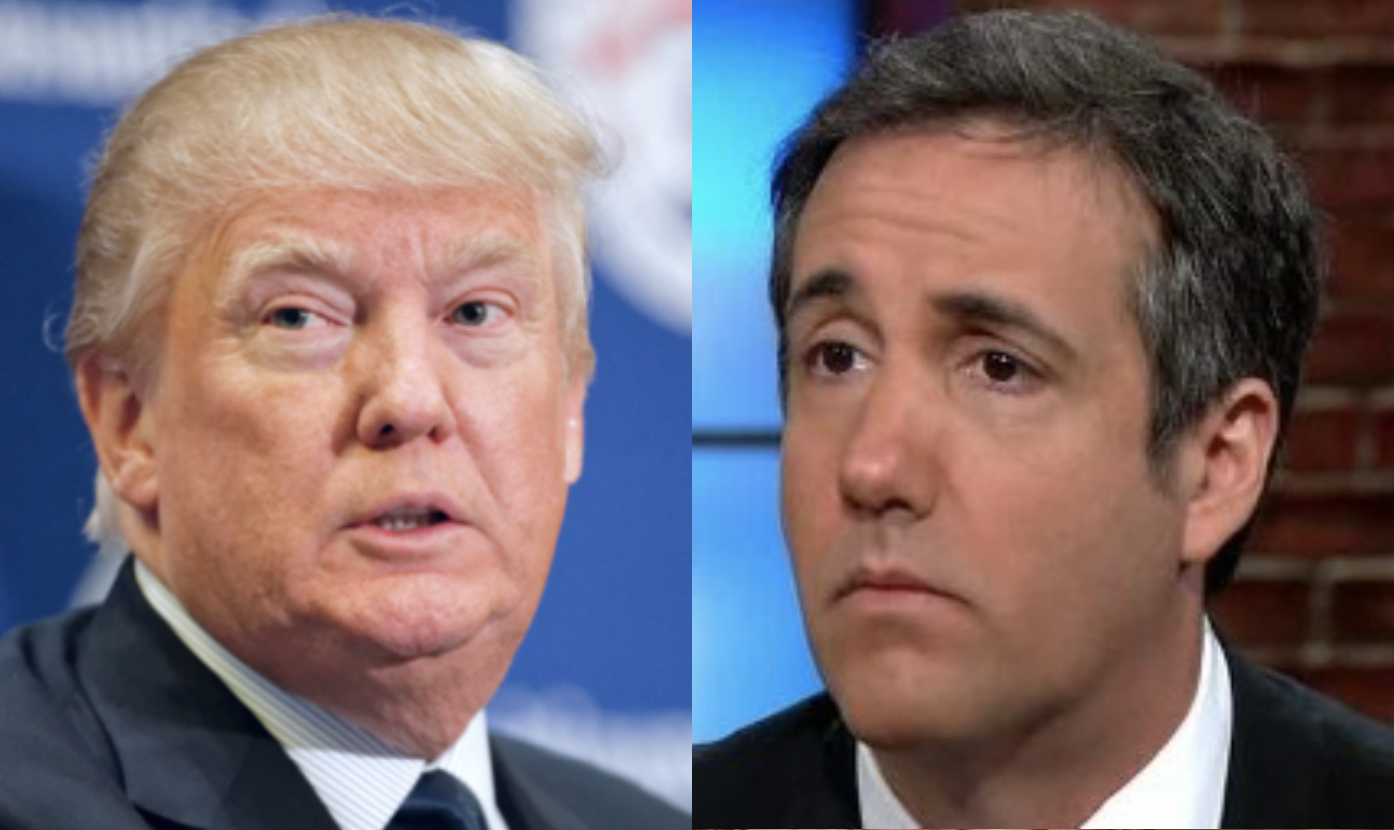 A state official confirmed the call from the former personal attorney and “fixer” for President Donald Trump, but would not divulge the details of the exchange, which came Wednesday just hours after Cohen received the subpoena. The official was not authorized to discuss the case publicly and spoke on condition of anonymity.

The Associated Press first reported the existence of the subpoena on Wednesday. It was issued as part of the state’s ongoing investigation into Trump and the Trump Foundation to determine whether the Republican commander in chief or his charity broke state law or misstated their tax liabilities.

The subpoena was issued after Cohen’s attorney, Lanny Davis, said on television that his client has information that would be of interest to investigators in Washington, as well as New York state.

If evidence of alleged crimes is found, the matter could be referred to state Attorney General Barbara Underwood, a Democrat, who could pursue criminal charges and seek the release of Trump’s tax returns. The state investigation is seen as a potential backstop to the federal probe by special counsel Robert Mueller, since state charges typically cannot be cleared by a presidential pardon.

A loophole in state law, however, could make it harder for state officials to pursue anyone pardoned by Trump. The state’s double jeopardy law, which protects people from repeat prosecutions for the same allegations, contains several exceptions allowing prosecutions to go ahead — but does not specifically list an exception allowing state prosecutors to move ahead with charges when a person has been pardoned for similar federal crimes.

Underwood and Democratic Gov. Andrew Cuomo have called on lawmakers to close the loophole. The Legislature is not scheduled to be back in Albany until January.

Cuomo told reporters on Thursday that he believes “it would be an impeachable offense” if Trump used his pardon power to prevent someone like Cohen from implicating him in a crime. He said state law must be clarified to ensure that “even if the president pardons someone, they can still be prosecuted in the state of New York.”

A spokeswoman did not immediately respond to questions about whether Cuomo would call a special session.

The state’s investigation follows Underwood’s lawsuit alleging Trump illegally tapped his Trump Foundation to settle legal disputes, help his campaign for president and pay for personal and business expenses, which included spending $10,000 on a portrait of himself.

The attorney general’s office is seeking $2.8 million in restitution and other unspecified penalties in its civil suit. It said that it had referred its findings to the IRS and the Federal Election Commission for possible further action.

Besides his work for Trump, Cohen spent years amassing yellow cab medallions, the hard-to-get licenses adorned to the hoods of taxis in New York and Chicago that were once worth a fortune, but whose values have plummeted in recent years due to competition from ride-hailing services like Uber and Lyft.

Many medallion owners who used them as collateral to borrow money are now in deep financial trouble, unable to pay back creditors.

Once such taxi magnate, Evgeny Freidman, nicknamed the “Taxi King” by New York’s tabloid newspapers, managed Cohen’s medallions for years even after he was charged by state prosecutors last summer with pocketing more than $5 million in taxes.

Freidman, who told a real estate publication last year the two men were so close that Cohen helped him name his eldest son, pleaded guilty in May to a single count of tax fraud. As part of the deal, Freidman agreed to cooperate in federal and state investigations, according to a person familiar with the matter.