Trump speaks out about Africa again, and many cringe 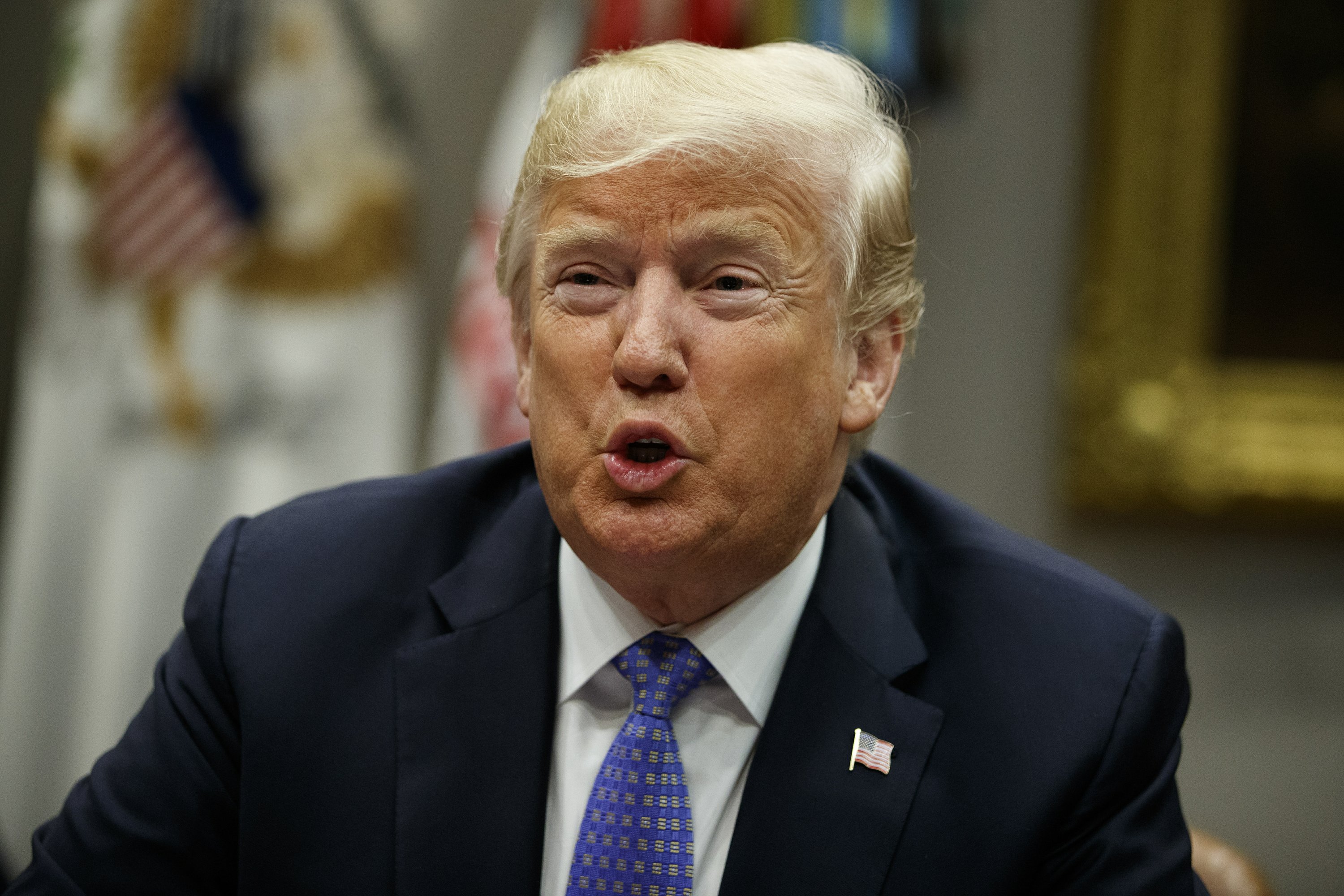 JOHANNESBURG — By now, many Africans know to cringe whenever “Trump” and their continent are mentioned together.

It’s happened again. In a tweet overnight, President Donald Trump said he had instructed his secretary of state to “closely study” alleged land seizures from white farmers in South Africa, a racially divisive issue almost a quarter-century after the end of apartheid, the system of white minority rule.

Trump rarely turns his attention to Africa — the tweet was his first since he became president to mention the continent by name — but when he does it often backfires.

The most shocking example came earlier this year when Trump reportedly used vulgar language to compare African nations to a filthy toilet. Outraged countries swiftly summoned U.S. ambassadors to explain the comment — much as South Africa on Thursday was reaching out to the U.S. Embassy to clarify the latest remarks.

Many South Africans were stunned. “A racist bigot,” the morning host of one of the country’s most popular talk radio stations, Eusebius McKaiser, told listeners before opening the airwaves to lively debate about Trump’s inaccurate comments.

Trump’s tweet appeared just days after first lady Melania Trump took a very different approach to Africa, announcing she would be visiting several countries on the continent in October in her first big solo international trip. She said she looked forward to learning about the issues children face and appreciating Africa’s history and culture.

It was the latest hint that the first lady might be subtly separating herself from her husband and his controversial views.

The last time Trump referred to Africa on Twitter was in 2014, long before his presidential ambitions were taken seriously by much of the public. He expressed alarm over the devastating Ebola outbreak that killed more than 10,000 people in West Africa: “Why are we sending thousands of ill-trained soldiers into Ebola infested areas of Africa! Bring the plague back to U.S.?”

Trump also made clear he was no fan of South Africa’s security situation, tweeting in December 2013 that “I really like Nelson Mandela but South Africa is a crime ridden mess that is just waiting to explode-not a good situation for the people!”

Since becoming president, Trump has largely left Africa to drift, meeting only a handful of African heads of state and leaving key diplomatic positions — the ambassador to South Africa, for one — unfilled. It took a year and a half to name the top Africa diplomat in the State Department.

Now some observers say Trump is using his latest Africa comments to try to deflect attention from his sprawling legal troubles at home.

“The President of the U.S. needs political distractions to turn our gaze away from his criminal cabal, and so he’s attacking South Africa with the disproven racial myth of ‘large scale killings of farmers,'” Patrick Gaspard, a former U.S. ambassador to South Africa, tweeted on Thursday. “This man … has no discernible Africa policy.”

On Monday, Trump faces another chance to address the continent when he welcomes just the second African head of state to a White House meeting, Kenyan President Uhuru Kenyatta.