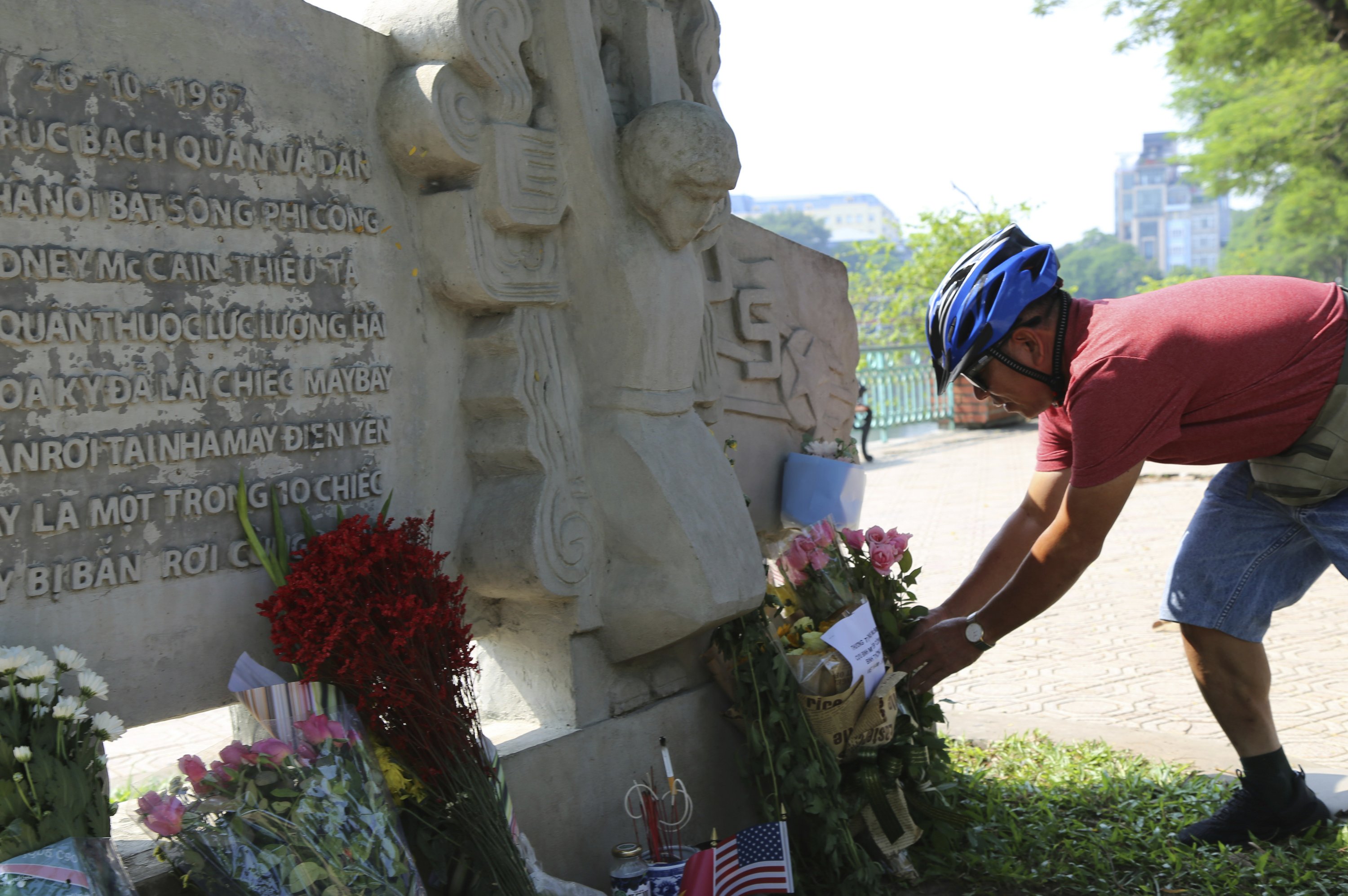 Two witnesses to a deadly shooting during an online video game tournament in Florida say they saw the back of suspected gunman David Katz as they fled for their lives.

2. WHERE MCCAIN WILL BE LAID TO REST

A private burial service next weekend will conclude at the U.S. Naval Academy at Annapolis for the Navy aviator, POW, congressman, longtime senator and presidential contender.

Francis declines to confirm or deny claims by the Vatican’s retired ambassador to the U.S. that he knew in 2013 about sexual misconduct allegations against the former cardinal.

Investigators working for the U.N.’s top human rights body say the country’s top military leaders should be prosecuted for genocide against Rohingya Muslims.

7. STUDY: MARIJUANA USE HARMFUL TO NEWBORNS

In a new report, the American Academy of Pediatrics says pot should be avoided during pregnancy and breastfeeding.

Confidentiality agreements have come under fire during the #MeToo movement as one way abusive men have been able to hold on to their jobs and keep harassing more women.

9. HOW NEIL SIMON WAS REMEMBERED

The master playwright is being recalled for his gentle humor and plays focused on middle-class, urban life.

The biggest change is at the Tour Championship where the No. 1 player in the FedEx Cup will open the final event of the four tournament playoff at 10-under par, AP learns.