AP WAS THERE: John McCain released after 5½ years as a POW 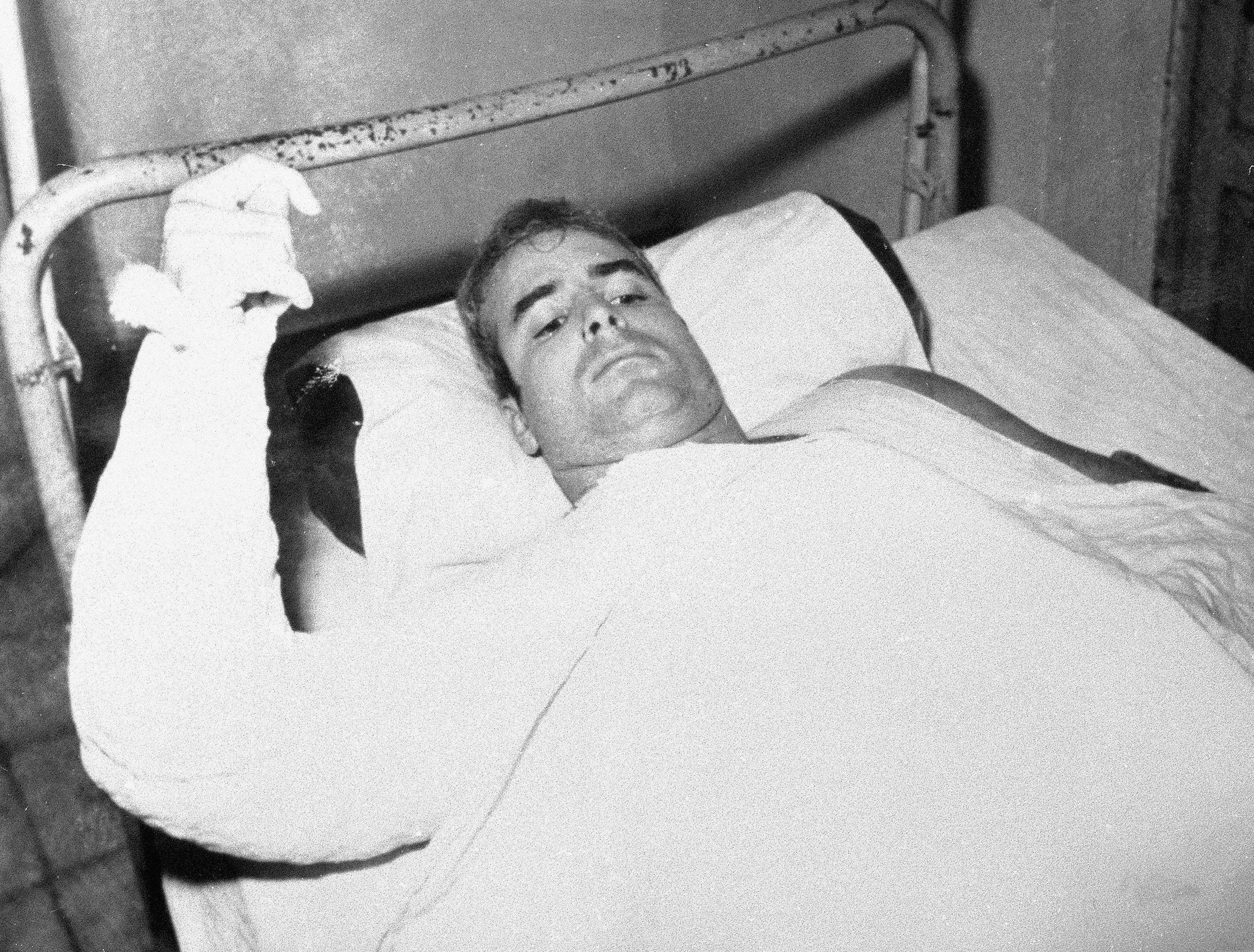 HANOI, Vietnam — In October 1967, John McCain was a 31-year-old Navy lieutenant commander on his 23rd bombing round over North Vietnam when he was shot out of the sky and taken prisoner. McCain, who died Saturday at age 81, was held 5½ years as a prisoner of war.

The following story was written by Associated Press photojournalist Horst Faas on March 14, 1973 when McCain was released:

The North Vietnamese officer called out to each group of American prisoners arriving at Gia Lam Airport for their flight to freedom: “Step forward when your name is called and go home.”

One by one they obeyed, 107 U.S. fliers and one American civilian.

They saluted or shook hands with American officers in Hanoi to pick them up and then walked into one of the three U.S. Air Force C141 transport planes that carried them to Clark Air Force Base in the Philippines for the first stop on their way home.

Only one of the POWs, Lt. Cmdr. John McCain III, son of an admiral, had difficulty getting out of the bus. He walked with a heavy limp but went unaided to his evacuation plane.

The POWs wore loose gray shirts and baggy trousers issued by their captors an hour before. The men seemed tense when they got off the small camouflage-painted buses at Gia Lam. Unsmiling, some with their facial muscles trembling, they lined up and were marched to a roped-off area outside Hanoi’s bomb-shattered commercial airport terminal.

A crowd of several hundred North Vietnamese soldiers and civilians stared at them in the glaring noon sun.

Then they walked past the officers of the Joint Military Commission and the International Commission of Control and Supervision.

Only when they spotted the American escort officers did most of the men break into wide grins. Tension and stiffness gave way to relaxation. There was shoulder-slapping and again and again the words: “My God, it is so good to be back. It has been such a long trip.”

None of the prisoners talked to the large crowd of Hanoi-based and visiting newsmen away from the three evacuation planes.

As the POWs were transported from their last detention camp in downtown Hanoi to Gia Lam Airport, they drove by scenes of the damage inflicted by heavy B52 raids late last year.

The downtown area was clogged Wednesday morning with a traffic jam of thousands of trucks, carts and bicycles. Almost all the vehicles appeared to be involved in round-the-clock reconstruction work.

EDITOR’S NOTE — Horst Faas won the Pulitzer Prize in 1965 for combat pictures taken in Vietnam and in 1972 for photos shot in rebellious East Pakistan (now Bangladesh). He was the AP’s chief of photography in Asia from 1962-74 after joining the news company in 1956 and photographed conflicts in Algeria and central Africa before being assigned to Vietnam in 1962. In the 1970s, he was transferred to the AP’s European office where he worked as a senior photo editor. Faas retired in 2004 and died in his native Germany in 2012.