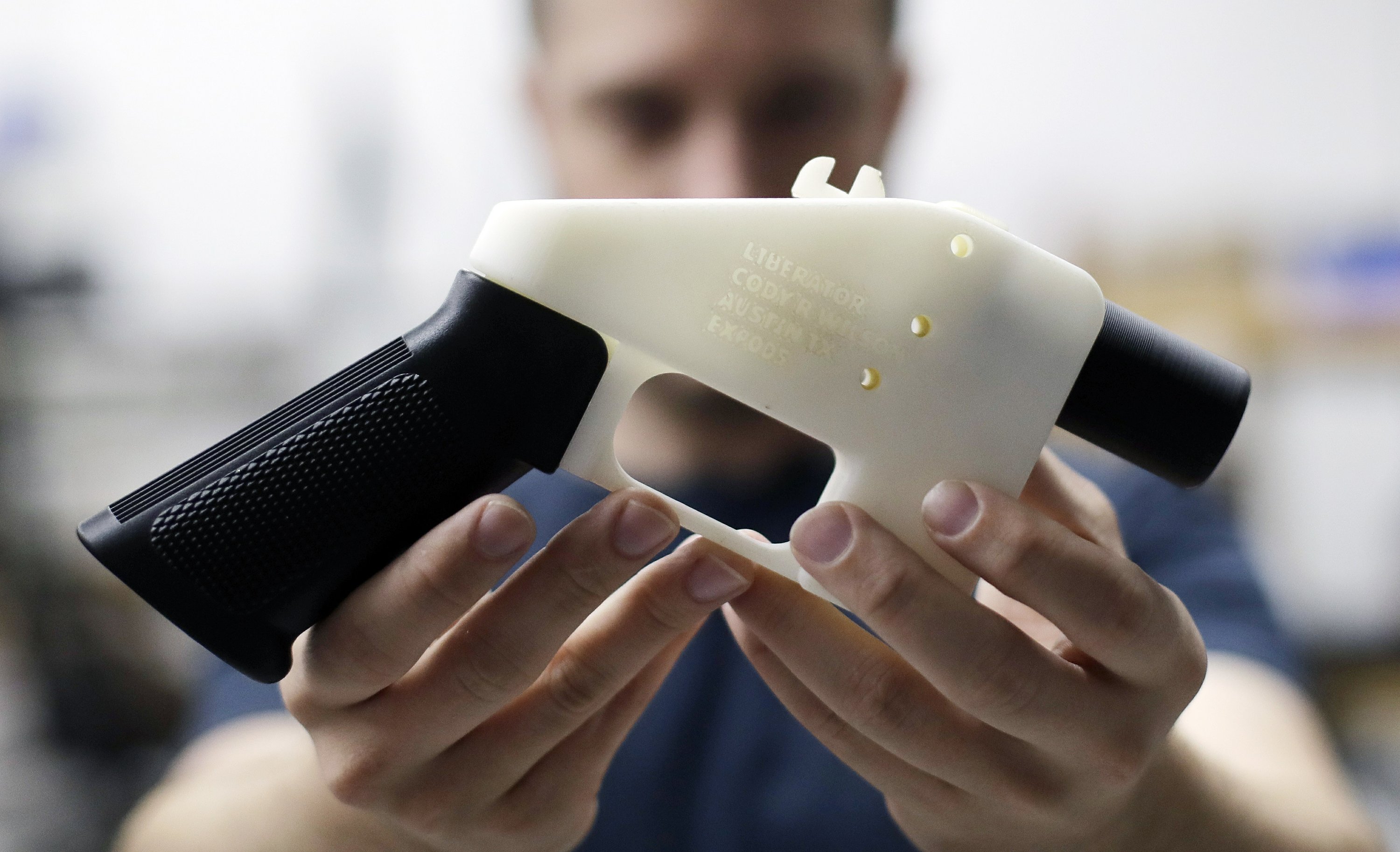 A U.S. judge in Seattle blocked the Trump administration Monday from allowing a Texas company to post online plans for making untraceable 3D guns, agreeing with 19 states and the District of Columbia that such access to the plastic guns would pose a security risk.

The states sued to stop an agreement that the government had reached with Austin, Texas-based Defense Distributed, saying guidelines on how to print undetectable plastic guns could be acquired by felons or terrorists.

U.S. District Judge Robert Lasnik extended a temporary restraining order, and his new decision will last until the case is resolved. He said Cody Wilson, owner of Defense Distributed, wanted to post the plans online so that citizens can arm themselves without having to deal with licenses, serial numbers and registrations.

Wilson has said that “governments should live in fear of their citizenry.”

“It is the untraceable and undetectable nature of these small firearms that poses a unique danger,” Lasnik said. “Promising to detect the undetectable while at the same time removing a significant regulatory hurdle to the proliferation of these weapons — both domestically and internationally — rings hollow and in no way ameliorates, much less avoids, the harms that are likely to befall the states if an injunction is not issued.”

The State Department had reached the settlement with the company after the agency removed the 3D gun-making plans from a list of weapons or technical data that are not allowed to be exported.

The states argued that the federal agency didn’t follow the law when it removed 3D guns from the munitions list. They said the government was supposed to notify Congress and provide a 30-day window before making a change to that list, but it did not.

A lawyer with the U.S. Justice Department had argued against the injunction, saying possessing 3D plastic guns is already against the law, and the federal government is committed to enforcing that law.

But the judge said it wasn’t enough.

“While the court appreciates the earnestness with which this commitment was made at oral argument, it is of small comfort to know that, once an undetectable firearm has been used to kill a citizen of Delaware or Rhode Island or Vermont, the federal government will seek to prosecute a weapons charge in federal court while the state pursues a murder conviction in state court,” Lasnik said.

“Once again, I’m glad we put a stop to this dangerous policy,” Ferguson said. “But I have to ask a simple question: why is the Trump administration working so hard to allow these untraceable, undetectable 3D-printed guns to be available to domestic abusers, felons and terrorists?”

The Brady Campaign to Prevent Gun Violence, a pro-gun control group that has aggressively fought the online release of the gun plans, praised the judge’s ruling “as a tremendous victory for the American public.”

Avery Gardiner, co-president of the group, said 3D-printed guns “represent a supreme threat to our safety and security, and we are grateful that Judge Lasnik recognized it as such.”