Judge in 9/11 case at Guantanamo retires from military 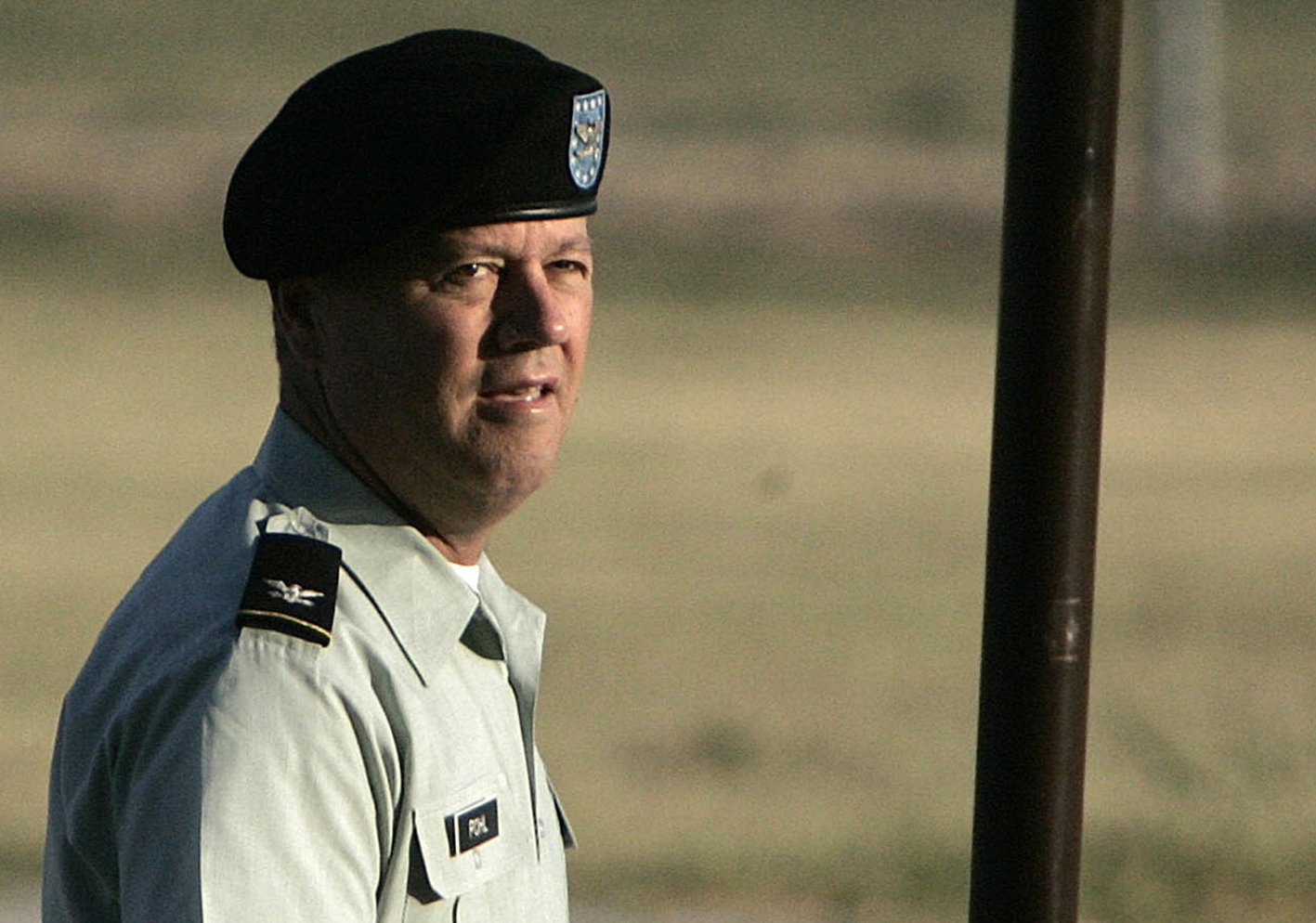 MIAMI — The slow-moving Sept. 11 war-crimes case at Guantanamo has outlasted the judge.

Army Col. James Pohl announced his retirement from the military on Monday, ending a career that culminated with his presiding over the military commission trial of five prisoners at the U.S. base in Cuba accused of planning and aiding the terrorist attacks of Sept. 11, 2001.

Pohl has presided over the case since the May 2012 arraignment and the ensuing years of pre-trial hearings. No trial date has been set in the death-penalty case.

He was also the judge in an earlier version of the commission under President George W. Bush that was halted before trial as well as other major military cases, including the courts-martial resulting from the Abu Ghraib prisoner abuse scandal in Iraq.

The Guantanamo military commission is considered one of the most complex criminal proceedings in U.S. history, set in a courtroom encased in sound-proof glass that is designed to prevent inadvertent disclosures of classified evidence with a 40-second delay of sound.

It has bogged down in pre-trial hearings largely due to battles over what evidence can be used against men held in clandestine CIA detention facilities and subjected to intense interrogations and other treatment now widely considered to amount to torture.

“He has always been a very patient judge,” said James Connell, the court-appointed attorney for one of the defendants, Ammar al-Baluchi. “He always listened to both sides and he often gave rulings that both sides were unhappy with.”

The other defendants include Khalid Shaikh Mohammad, who has portrayed himself as the architect of the Sept. 11 attack and other plots, and they could get the death penalty if convicted, another factor that has caused the proceedings to be drawn out for years. The charges include terrorism and nearly 3,000 counts of murder in violation of the laws of war for helping to plan and providing the logistical support to the plot.

A Pentagon spokeswoman, Navy Cmdr. Sarah Higgins, said Pohl made a “personal decision” not to seek an extension of his service and it was not expected to cause a delay in proceedings. The next round of pre-trial hearings in the case are scheduled to take place over five days at the base in September.

Pohl made one of his more notable decisions earlier this month, ruling that prosecutors could not use statements the defendants made to FBI interrogators after they were transferred from CIA custody because of limits placed on the defense’s ability to investigate the treatment at the facilities often referred to as “black sites.” The prosecution has appealed that decision.

The judge did not say why he chose to leave in a memo to the military commissions in which he officially appointed his successor, Marine Corps Col. Keith Parrella, a former prosecutor. Pohl noted the decision was “not impacted by any outside influence.”

Walter Ruiz, a lawyer for defendant Mustafa al-Hawsawi who had several courtroom clashes with Pohl and was a sharp critic of what a military commission system because he felt it favored the government, said it was noteworthy that the judge decided to end his service so soon after a significant ruling and made the reference to outside influence.

“Maybe he was just tired,” Ruiz said. “Another possibility is that maybe he sees this system for the sham that it is and doesn’t want to be part of it anymore.”