Ostrich skin and Neo-Viagra? A shopping guide to North Korea 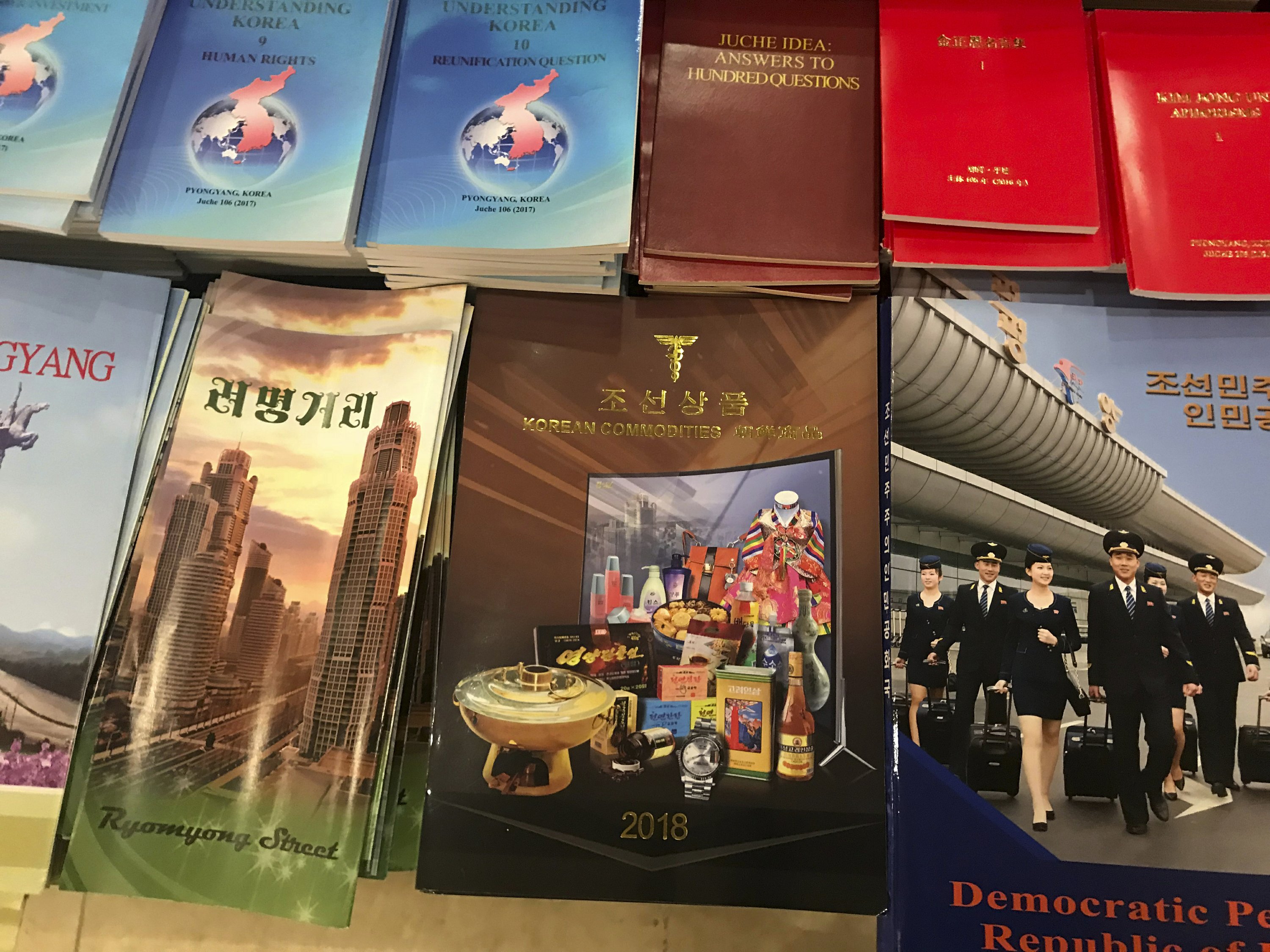 North Korea’s official shopper’s guide is glossy and full of testimonials from satisfied customers and phone and email contact information for the dozens of companies pitching their latest products — though good luck reaching any of them.

The “2018 Korea Commodities” catalog, produced by the North’s Committee for the Promotion of International Trade, reflects a side of North Korea often lost in the shadow of its nuclear weapons. Leader Kim Jong Un and many other North Koreans firmly believe their country needs to make more and better consumer goods and sell them to the outside world if it is ever going to have a strong — or even sustainable — economy.

More goods with the “made in North Korea” label are available than ever before, though international sanctions mean most can’t be sold abroad.

Here’s a look at what North Korea sees as some of its most promising products.

Coke and other foreign brands are relatively rare and expensive in North Korea.

But the O-Il General Processing Factory has tried to fill the gap.

A surprising amount of shelf space in Pyongyang grocery stores, and increasingly stores elsewhere, has been taken over by sugary soft drinks, much of which is produced by O-Il and other well-known brands. Air Koryo, the country’s flagship airline, also has its own line of drinks.

O-Il, which means May Day, has 12 pages in the 207-page 2018 commodity catalog introducing its line of nine energy drinks. Two are sold in plastic bottles shaped like barbells. A happy boy is shown lifting them over this head, while a rainbow-colored list of the drinks’ benefits includes the “stimulation of growth in height” and “greater spiritual exertion.”

O-il also produces dozens of yogurt and milk-flavored drinks, fruit juices, tea, jellies and dozens of flavors of ice cream cones, popsicles and ice cream sandwiches, collectively known here as “Eskimo.” There’s chocolate and strawberry, of course, but also cheese, fermented bean and lactobacilli. One of O-Il’s latest offerings is “Hydrogen Water,” which it calls the “wonder health water of the 21st century.”

“With an antioxidant power 176 times that of vitamin C, 431 times vitamin E and 863 times more than coenzyme Q10,” its ad claims, “the hydrogen water is effective in avoiding mental and physical fatigues, retarding the aging process, neutralizing all kinds of poisons, preventing radioactive and oxidant damages, improving immunity, fighting cancer and treating arteriosclerosis through purification of blood.”

Traditional “Koryo” medicines dating to ancient times are widely used in North Korea, in part because of the scarcity of modern Western medicines, and have long been popular with Chinese tourists.

Leading the charge is the Pugang Pharmaceutic Co., Ltd, a pioneer both in making health supplements and in using advertising to sell them, a tricky undertaking given that such capitalist practices are still officially frowned upon. Posters for its best-known product — Royal Blood-Fresh — can be seen in department stores in Pyongyang and at souvenir shops catering to foreigners. It’s also featured in infomercials on Air Koryo flights from Beijing.

So what is it?

According to the catalog, Royal Blood-Fresh is a supplement made primarily from beans that’s recommended for long flights to help prevent or cure deep vein thrombosis. Posters targeting foreign tourists say, “Fly safe with Royal Blood-Fresh” and “Who says you can’t grow younger and cleverer?”

Another heavily hyped supplement is Pugang’s “Kumdang-2 Injection,” a vegetable-based medication its producer says is exported to a dozen countries. It caused a buzz in the Western media a few years ago when it was advertised as an effective treatment for both cancer and tuberculosis, with no side effects, no less.

Some of the best testimonials in the catalog come from the medicines section.

“When I was diagnosed at the hospital, I knew I had a tumor of 3×4 centimeters in size in the left lung,” reads a testimonial for the Tongbong Anticancer Drug by satisfied customer Ri Kum Jon, identified as a Pyongyang resident. “After I took three cartons for three months my appetite returned to normal — and more — I got weight by 3 kilograms (5 pounds). The tumor was killed … I had cured cancer using the single remedy of Tongbong Anticancer Drug. It is the greatest of the elixirs that brings life back to people.”

Sony, Samsung and Huawei don’t need to lose any sleep over it, but North Korea has several brands of electronics.

The Hana Electronics Trading Co., which began in 2003 as a joint venture with Phoenix Commercial Ventures in Britain, is one of the best known. It is promoting karaoke boom-boxes, flat-screen TVs and DVD players. Other well-known brands, like Achim and Pyolmuri, are pitching TVs — 3D compatibility appears to be a hot extra these days — along with laptops and tablets.

It’s unclear if the products are fully produced in North Korea or just assembled and rebranded.

But they do basically work.

Some of the guidebook’s ads — for bags of cement, for example, and medicinal stone tiles for use in saunas — are clearly directed at industrial buyers.

But it also has sections for lipsticks and skin creams by the Pyongyang Cosmetics Factory, lingerie from the Korea Ponghwa General Group, herbal toothpaste, brassware and Neo-Viagra-Y.R., which is touted as “the best sexual function activator at the moment.”

The Kangan Trading Co. is advertising nanodiamonds, useful for quantum computers and for chemotherapy.