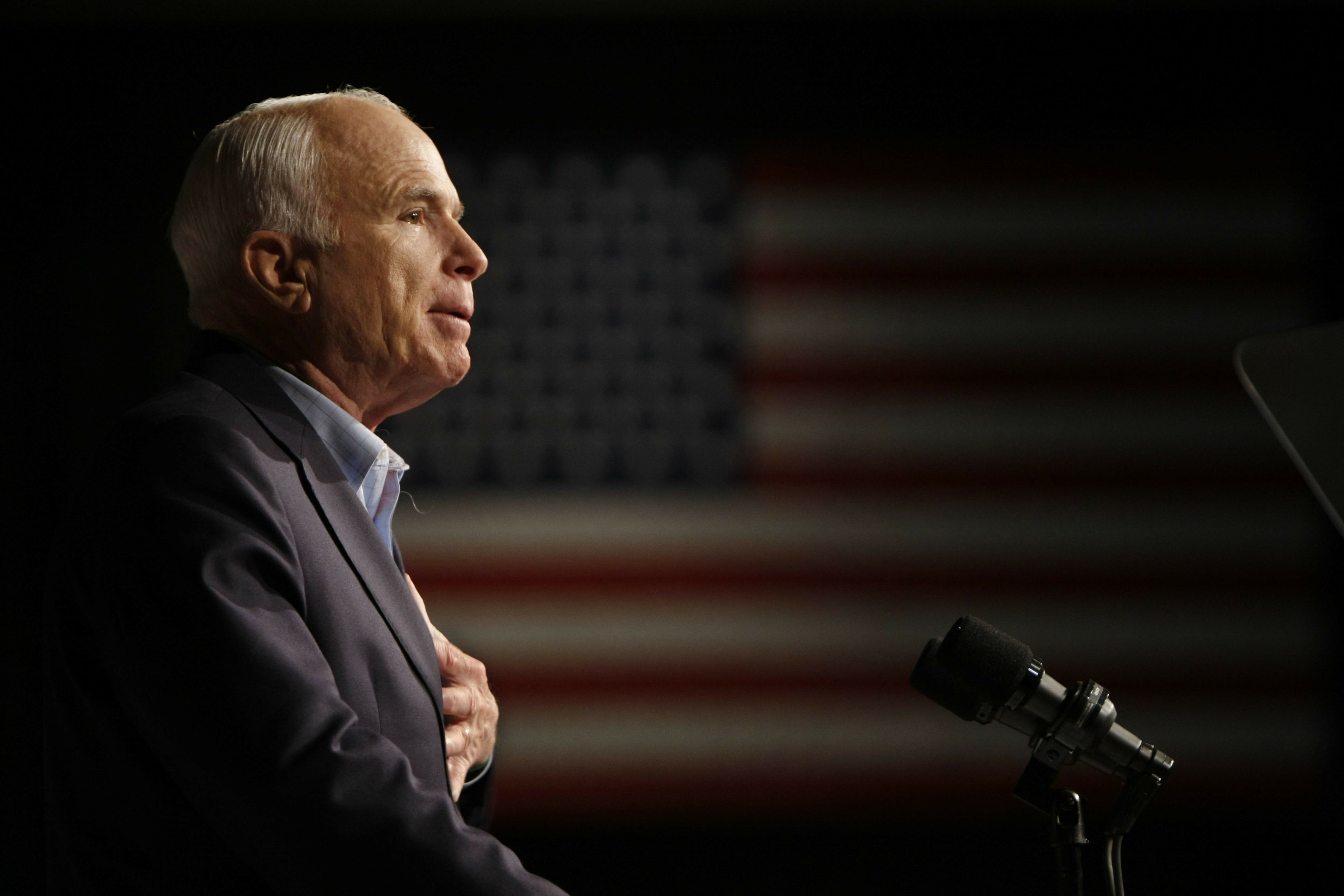 WASHINGTON — Presidents and lawmakers from both parties honored Sen. John McCain’s decades of service to his country in the hours after his death Saturday. President Donald Trump, who once criticized McCain for being taken prisoner during the Vietnam War, said his “deepest sympathies and respect” went out to McCain’s family.

McCain, 81, died at his ranch in Arizona after a yearlong battle with brain cancer. On Saturday night, a black hearse accompanied by a police motorcade could be seen driving away from the ranch near Sedona where the Republican senator spent his final weeks.

Trump’s brief Twitter statement said “hearts and prayers” are with the McCain family. First lady Melania Trump thanked McCain for his service to the nation, which included more than five years as a prisoner of war and six terms in the Senate.

Trump and McCain were at odds until the end. The president, who mocked McCain’s capture in Vietnam during the 2016 campaign, jabbed at the senator even after his illness for voting against Republican efforts to roll back President Barack Obama’s health care law. Earlier this summer, McCain issued a blistering statement criticizing Trump’s meeting with Russian President Vladimir Putin.

Obama, who triumphed over McCain in the 2008 election, said that despite their differences, McCain and he shared a “fidelity to something higher – the ideals for which generations of Americans and immigrants alike have fought, marched, and sacrificed.”

Obama said the two political opponents “saw our political battles, even, as a privilege, something noble, an opportunity to serve as stewards of those high ideals at home, and to advance them around the world.”

Former President George W. Bush, who defeated McCain for the 2000 Republican presidential nomination, called his one-time political rival “man of deep conviction and a patriot of the highest order” and a “friend whom I’ll deeply miss.”

Bush was among those expected to speak at McCain’s funeral.

McCain was the son and grandson of admirals and followed them to the U.S. Naval Academy. A pilot, he was shot down over Vietnam and held as a prisoner of war for more than five years. He went on to win a seat in the House and in 1986, the Senate, where he served for the rest of his life.

“He would occasionally be in a bad place with various members, including myself, and when this would blow over it was like nothing ever happened,” McConnell said Saturday after a GOP state dinner in Lexington, Kentucky. “He also had a wicked sense of humor and it made every tense moment come out better.”

Former Vice President Joe Biden, who developed a friendship with McCain while they served together in the Senate, said the Arizona lawmaker will “cast a long shadow.”

“The spirit that drove him was never extinguished: we are here to commit ourselves to something bigger than ourselves,” Biden said

McCain is expected to be remembered in Arizona and Washington before being buried, likely this week, at the Naval Academy Cemetery on a peninsula overlooking the Severn River.

Other plans were taking shape, too. Sen. Chuck Schumer, D-N.Y., announced that he wants to name the Senate building that housed McCain’s suite of offices after the Arizona senator, who served as chairman of the Commerce Committee and the Senate Armed Services Committee.

“As you go through life, you meet few truly great people. John McCain was one of them,” Schumer said. “Maybe most of all, he was a truth teller – never afraid to speak truth to power in an era where that has become all too rare.”