Trump fires at Jeff Sessions, who hits back 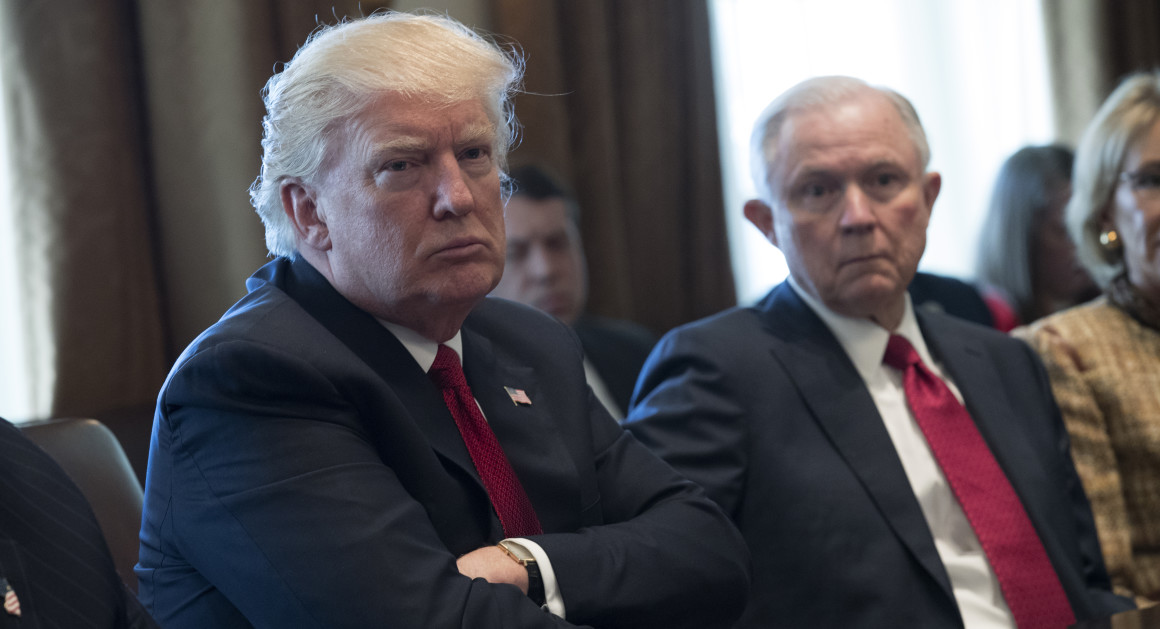 During President Donald Trump’s interview with Fox and Friends on Thursday, he attacked his Attorney General Jeff Sessions, saying, “I put in an attorney general that never took control of the Justice Department, Jeff Sessions. It’s sort of an incredible thing.”

It is more than likely that President Trump’s fiery exchange with Sessions is a media stunt meant to grasp the public’s attention rather than be an actual shot at Sessions. After all, President Trump has — and has always had— the power to fire him.

And to Sessions’ credit, he has done a good job not to let the pressure from the president get to him. Thursday marked the one of few times the attorney general made a public response to criticism from President Trump, and he responded well.

“While I am Attorney General, the actions of the Department of Justice will not be improperly influenced by political considerations. I demand the highest standards, and where they are not met, I take action. However, no nation has a more talented, more dedicated group of law enforcement investigators and prosecutors than the United States,” Sessions said in a statement.

Maybe President Trump realizes it and maybe he does not, but Sessions is actually doing him a favor by not ending the Mueller investigation and letting it drag on.

The numbers show that most Americans want Mueller to wrap up his investigation before the midterm elections, Mueller got a “victory” in convicting Paul Manafort of unrelated tax fraud charges, and it is about time for Mueller to produce his report. When that report is produced and has little-to-no indication that President Trump colluded with Russia, this whole story will go to rest, giving President Trump an entire two years to focus on his potential re-election bid in 2020.

President Trump should wait the investigation out, and show voters why it is a waste of time, not tell tell them it is.