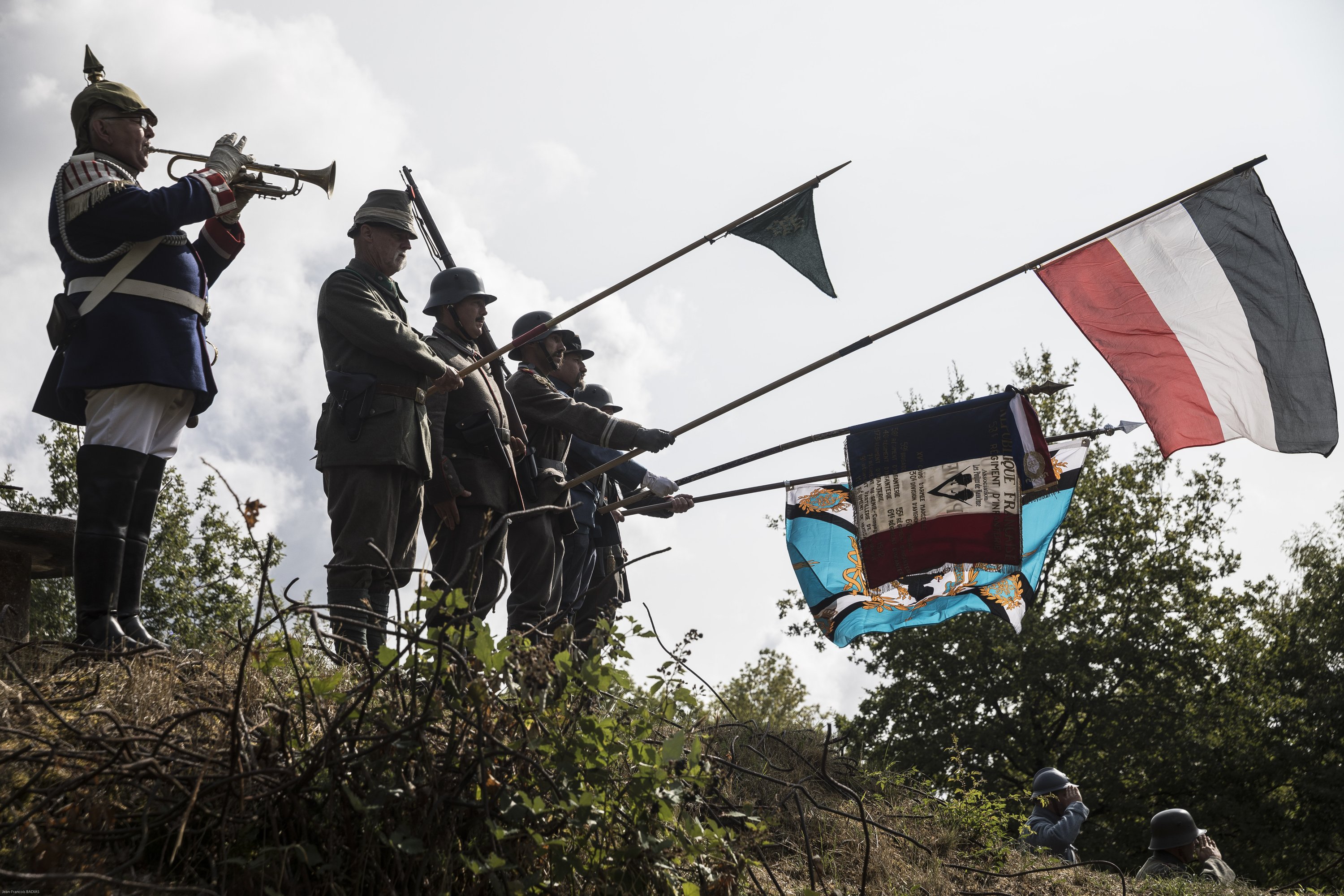 VERDUN, France — Hundreds of volunteers from 18 countries gathered in the northeastern French town of Verdun on Saturday to keep alive the memory of those who fought under appalling conditions in World War I.

Re-enactors dressed in soldiers’ uniforms brought to life a big military encampment in the town and were holding a military parade, part of a series of events to mark the centenary of the end of the war.

Visitors could visualize soldiers’ daily life during the war through the reconstruction of field kitchens, First Aid posts and command posts.

Soldiers in khaki, grey or blue uniforms, depending on the country, and women wearing Red Cross nurses uniforms were presenting authentic objects and equipment from the 1914-1918 war.

Other volunteers were dispatched on key battlefield areas around Verdun. They didn’t re-enact any fighting out of respect for the sites, which have since become a symbol of peace.

Instead, German and Polish volunteers were sharing tips about military clothes and historic anecdotes with their French, Australian and English neighbors at the encampment.

The 10-month battle at Verdun — the longest in World War I — killed 163,000 French and 143,000 German soldiers and wounded hundreds of thousands of others. Between February and December 1916, an estimated 60 million shells were fired. Entire villages were destroyed and never rebuilt.

The former battlefield still holds millions of unexploded shells, so that housing and farming are still forbidden in some areas.

Dozens of heads of state and government, including U.S. President Donald Trump, are expected in Paris to commemorate the Armistice that ended the war on Nov. 11.

World War I remembrance sites and museums have seen a strong increase in tourist numbers in recent years, boosted by the commemorations of the centenary. More than 1 million visitors were counted on the five main sites in and around Verdun in 2016, the year of the 100th anniversary of the battle.

Celine Guillin, visiting Verdun with her 8-year-old son, said the recreated encampment allowed visitors to be “very conscious of the hardness of life during the Great War. It was hard on soldiers, but also on their wives, their whole family.”

She pointed at a poster urging French women and children to work in the fields during the summer of 1914.

Jacob Withoos, 19, came from Australia as a volunteer within a group of 12 men.

French volunteer Michel Pascal said “this is modern history. We must not forget what we’ve been through.” Pascal was in charge of presenting an American corner in the encampment — composed of a small tent for two men, a backpack including mess tin and cutlery and a bayonet.

Caroline Hecquet, a volunteer from northern France, stressed all countries involved in World War I share a “common suffering.”

“Historical memory is in books: strategies, battles, great generals … But the memory of local people, it is fading,” she said. “People don’t know any more how objects were used, how clothes looked like. That’s what we want to pass on.”