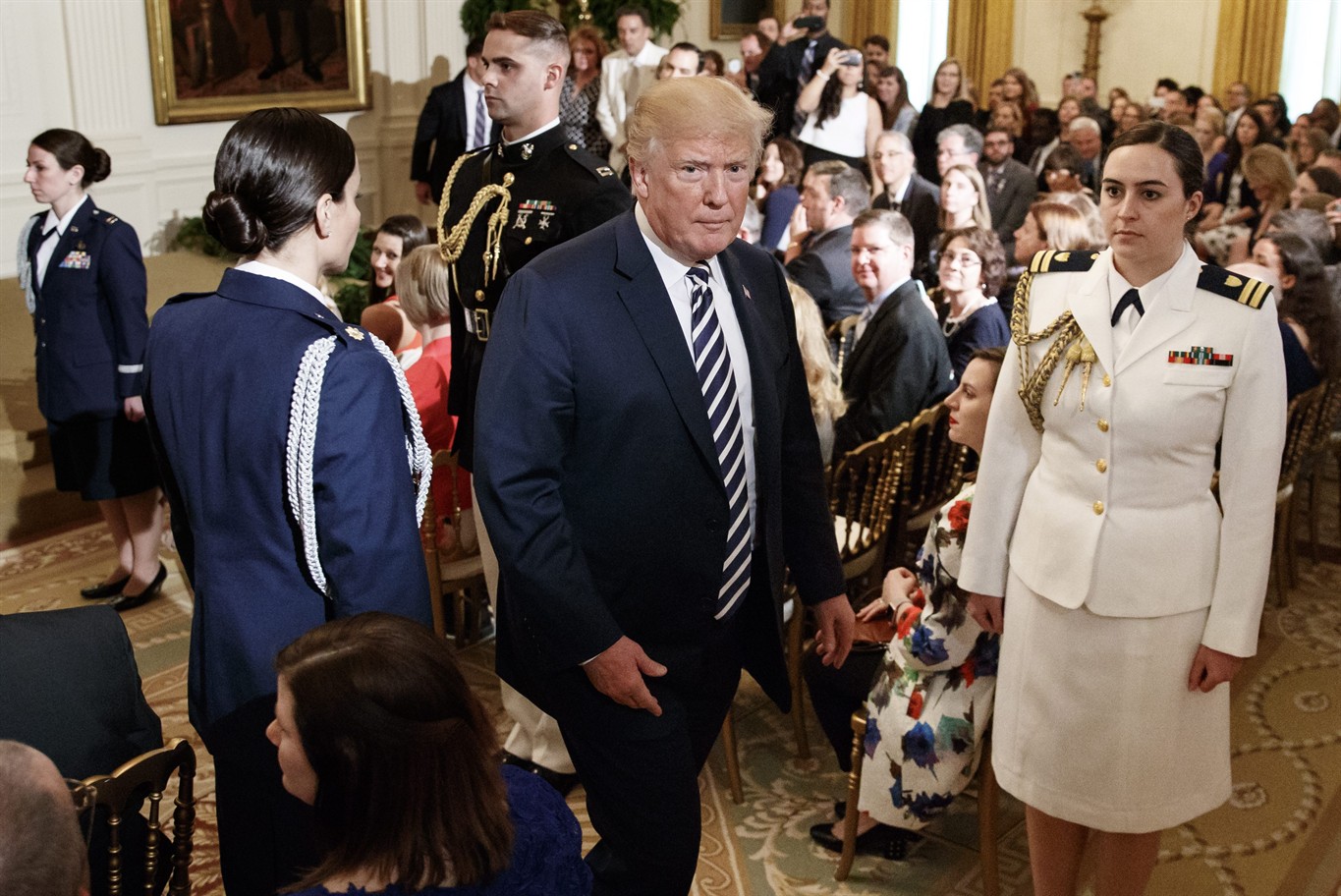 The president relents under pressure by tersely recognizing the late senator’s “service to our country” and re-lowering the White House flag.

2. TRUMP SAYS HE HAS TRADE DEAL WITH MEXICO

Can Canada, the third member country in NAFTA and America’s No. 2 trading partner, be coaxed or coerced into a new pact?

David Katz, the suspect in a deadly shooting at a Florida video game tournament, had previously been hospitalized for mental illness, an AP review of court records finds.

Three Republicans who have embraced Trump are vying to replace Arizona Sen. Jeff Flake, who is retiring after his fierce criticism of the president.

5. WHAT DEMOCRATS WILL GRILL KAVANAUGH ON

The Supreme Court nominee has frequently supported giving the government wide latitude in the name of national security.

Many homeowners in hard-hit Santa Rosa have discovered they’re underinsured, which has delayed claims settlements and construction.

Duke, North Carolina State, Texas A&M and Minnesota are among the universities that have been aggressive in protecting their mascots, slogans and logos, AP finds.

Federal judges in North Carolina also raised the possibility of directing the state’s GOP-dominated legislature to redraw the maps in time for November’s midterm elections.

9. NOT EVERYONE THRIVING IN ROBUST ECONOMY

About 40 percent of American families struggled to meet at least one of their basic needs last year, including paying for food, health care, housing or utilities, a survey finds.

Harris Roberts goes to school at Clemson but plays quarterback for Furman and those worlds collide when the Paladins face the Tigers this weekend.