Experts: UAE, Saudis may have committed war crimes in Yemen 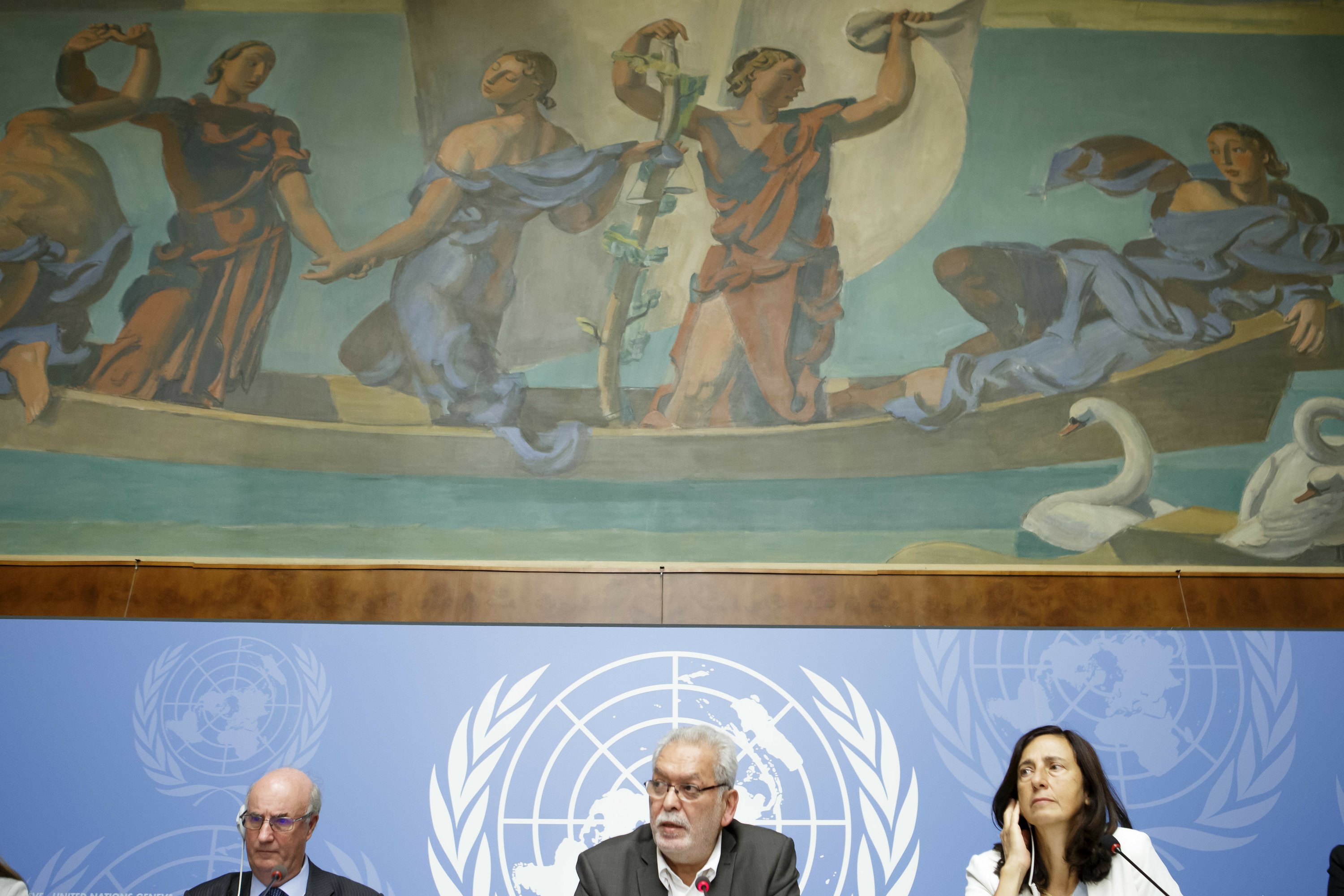 GENEVA — Three experts working for the U.N.’s top human rights body say the governments of Yemen, the United Arab Emirates and Saudi Arabia may have been responsible for war crimes including rape, torture, disappearances and “deprivation of the right to life” during 3½ years of escalated fighting against rebels in Yemen.

In their first report for the Human Rights Council, the experts also point to possible crimes by rebel Shiite militia in Yemen, who have been fighting the Saudi-led coalition and Yemen’s government in a civil war since March 2015.

The experts have also chronicled the damages from coalition airstrikes, the single most lethal force in the fighting, over the last year.

They urged the international community to “refrain from providing arms that could be used in the conflict”— an apparent reference to countries including the United States and Britain that help arm the Saudi-led coalition, as well as Iran, which the coalition has accused of arming the Houthis.

The experts visited some but not all parts of Yemen as they compiled the report.

“(We have) reasonable grounds to believe that the governments of Yemen, the United Arab Emirates and Saudi Arabia are responsible for human rights violations,” the report said. It cited violations including unlawful “deprivation of the right to life,” arbitrary detention, rape, torture, enforced disappearances and child recruitment.

Saudi, Emirati and Yemen officials did not immediately respond to requests for comment Tuesday. On Twitter, Emirati Minister of State for Foreign Affairs Anwar Gargash wrote that the UAE “must review it, answer its merits and review what it says about the horrors of the Houthis.”

Saudi state media later said its coalition had received the U.N. report and forwarded it onto its own lawyers to review before it “will take the appropriate position.”

The Associated Press reported last year that the UAE and its allied militias were running a network of secret detention facilities, beyond the control of Yemeni government. In June, the AP revealed that hundreds of detainees had been subjected to sexual abuse and torture.

The U.N. report accused the “de facto authorities” — an allusion to rebel leaders that control some of the country’s most populated western and northern areas — of crimes including arbitrary detentions, torture and child recruitment. Human rights advocates have faulted the Houthis for laying land mines and targeting religious minorities and imprisoned opponents.

Kamel Jendoubi, a Tunisian human rights advocate who chaired the group of experts, said they compiled a “confidential list” of people suspected of committing international crimes, which was being handed over to the office of the U.N. human rights chief on Tuesday. His team refused to indicate how many or which people or groups were on the list — whether on the government or rebel sides.

“Despite the gravity of the situation, we still note a total disdain for the suffering of the Yemeni people,” Jendoubi told reporters in a briefing on the report Tuesday. “This crisis reached its peak with light appearing at the end of the tunnel. This conflict has in effect fallen into the void.”

Since March last year, the U.N.’s humanitarian aid agency has said Yemen — already the Arab world’s poorest country — is facing the world’s worst humanitarian crisis. The report says three-fourths of its population of over 29 million need humanitarian assistance. The war has devastated the country’s health system and provided the breeding grounds for the world’s largest cholera outbreak last year.

The experts cited some 6,475 deaths from the conflict between March 2015 and June this year, but said the “real figure is likely to be significantly higher.” Other groups have estimated that more than 10,000 people have been killed.

They also sharply criticized work by the coalition’s Joint Incidents Assessment Team, which was set up as a bulwark against possible rights violations. They questioned the JIAT’s explanations for the airstrikes that have killed civilians, and challenged its “independence and its ability to carry out impartial investigations.”

The experts also said nearly a dozen deadly airstrikes they investigated over the last year “raise serious questions about the targeting process applied by the coalition.” They chastised some in-the-field coalition combatants for “routinely” failing to seek information about targets on official “no-strike” lists that should have been avoided.

Even getting the experts up and running was an accomplishment for the U.N.-backed Human Rights Council, which passed a resolution creating the team last September. Largely due to the objections of Saudi Arabia and its allies, the council failed several times to authorize a more intrusive investigation into possible war crimes in Yemen. The 47-member body only last fall reached a compromise to bring in the experts.

Also on Monday, the U.N. refugee agency said more than 450 civilians were killed in Yemen in the first nine days of August, making it one of the deadliest periods since the start of the war.

William Spindler, UNHCR spokesman, also called for the protection of thousands of families displaced by the fighting in the vital port city of Hodeida, the main entry point for food in a country teetering on the brink of famine.

Since June, the Saudi-led coalition has waged an offensive to clear the port city of Houthis and restore government control.

Spindler said the offensive has resulted in the displacement of over 50,800 families, according to the U.N. office for the coordination of humanitarian affairs (OCHA).