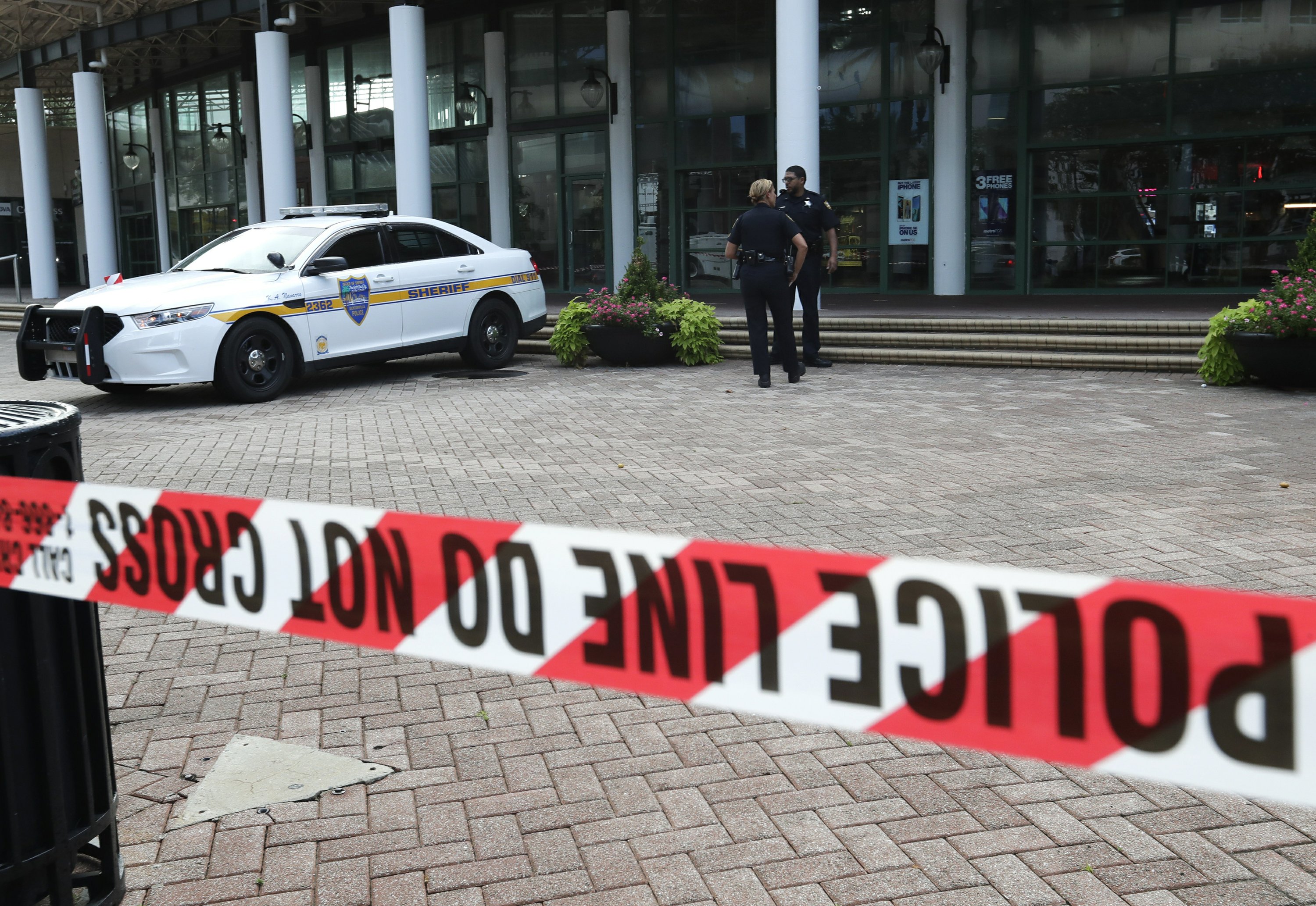 BALTIMORE — The suspect in a deadly shooting at a Florida video game tournament had previously been hospitalized for mental illness, according to court records in his home state of Maryland reviewed by The Associated Press.

Divorce filings from the parents of 24-year-old David Katz of Baltimore say that as an adolescent he was twice hospitalized in psychiatric facilities and was prescribed antipsychotic and antidepressant medications.

The records show Katz’s parents disagreed on how to care for their troubled son, with his father claiming his estranged wife was exaggerating symptoms of mental illness as part of their long and bitter custody battle. The couple divorced in 2007.

Katz opened fire Sunday at a gaming bar inside a collection of restaurants and shops in Jacksonville. He killed two people and wounded 10 others before fatally shooting himself during the “Madden NFL 19” tournament, authorities said.

Jacksonville Sheriff Mike Williams has declined to comment on the gunman’s motive.

The suspect’s father, Richard Katz of Baltimore, and his mother, Elizabeth Katz of Columbia, Maryland, did not respond to phone messages Sunday or Monday. Efforts by the AP to reach them at their homes were also unsuccessful.

The Howard County, Maryland, divorce filings say that David Katz played video games obsessively as a young adolescent, often refusing to go to school or to bathe. Elizabeth Katz, a toxicologist at the Department of Agriculture, said she confiscated some of her son’s gaming equipment after finding him playing in the wee hours.

“His hair would very often go unwashed for days. When I took his gaming equipment controllers away so he couldn’t play at 3 or 4 in the morning, I’d get up and find that he was just walking around the house in circles,” the mother said, according to a transcript in the court files.

At one point, she put his gaming controllers in her bedroom behind a locked door and he punched a hole in the door, she said.

Elizabeth Katz said her youngest son had increasing difficulty concentrating following his parents’ split. A judge awarded custody of the boy to his mother, with visitation rights to the father.

At times David “curled up into a ball,” refused to attend school and sobbed, she said. She asserted that her ex-husband instructed David not to take Risperidal — an anti-psychotic medication prescribed to him. The father claimed in court filings that David was not “diagnosed as psychotic.”

He missed large stretches of school while under his mother’s supervision. He was admitted to the nearby Sheppard Pratt mental health system for about 12 days in late 2007. Court documents say a psychiatrist at that time administered antidepressants. He later spent about 13 days at Potomac Ridge, a mental health services facility in Rockville.

Richard Katz, a NASA engineer, said his ex-wife had “an obsession with using mental health professionals and in particular psychiatric drugs to perform the work that parents should naturally do.” He said she routinely gave false information to mental health care providers. He described one incident in which his son was handcuffed by police after locking himself in his mother’s car in an attempt to avoid going to a mental health appointment with her.

Federal law requires gun buyers to disclose whether they have ever been involuntarily committed to a mental institution. Maryland state law also prohibits the sale or transfer of a gun to someone who has been diagnosed with a mental disorder or who has a history of violent behavior.

In recent weeks, Katz legally purchased the two handguns he carried from a gun store in Baltimore, the sheriff said.

The sheriff, who said Katz did not fire both weapons, did not say whether Katz disclosed his past hospitalizations on the form for the required federal background check.

By the time Katz was 15, the divorce records show, the father asserted that Elizabeth Katz “routinely” called the police for “trivial matters.” In a transcript of a 2010 phone call, the mother phoned a 911 dispatcher, accusing David of “abusing” her by coming home late after a visitation with his father. She then insisted he was “assaulting” her by trying to gain control of the cable cord to the television. She complained to the dispatcher that he was rolling his eyes and laughing.

“You’ll roll your eyes. Fine. You’ll pay. Where are you going to be tomorrow?” she said in the transcript, addressing her son. The dispatcher encouraged her not to say anything further until a police officer arrived. He was eventually sent to a wilderness therapy program in Utah called RedCliff Ascent for nearly 100 days.

According to the father’s version of events, the relationship between mother and son got increasingly worse.

Elizabeth Katz put David’s clothes in suitcases on at least two occasions and asked him to leave, including once on Mother’s Day in 2007. In court filings, the father asserted that David “routinely expresses his anger” toward her. He claimed that when David was staying with him, the boy showed no signs of behavioral problems and was “generally lively, communicative” and “playful.”

In a 2010 letter, David Katz wrote a letter to a magistrate judge saying he wanted to live with his father and describing his mother as “pretty crazy.” He said she called the police to the family’s home about 20 times and “gets drunk.” He blamed her for his poor grades.

Despite the problems, Katz graduated from Hammond High School in Columbia in 2011. He went on to attend the University of Maryland, though he did not earn a degree.

On the Madden competition circuit, Katz was known to barely speak to fellow gamers and sometimes exhibited an erratic playing style, according to other competitors.

“We’ve always known he was a little off and stuff just because he wasn’t social at all,” Shay Kivlen, 21, of Seattle, said Monday in an interview.