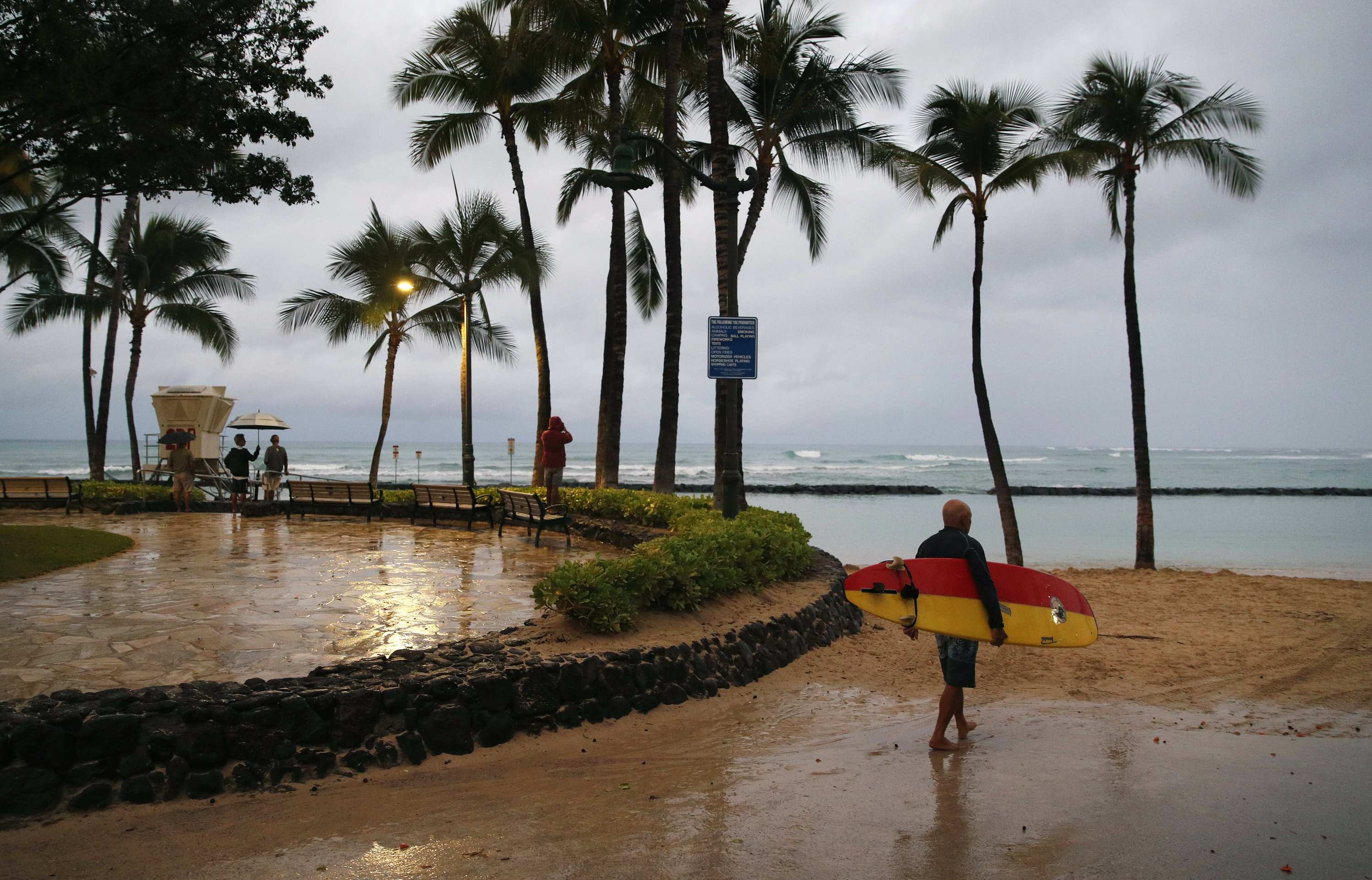 HONOLULU — Hawaii officials on Monday continued assessing damage from Tropical Storm Lane, which ranked as the No. 3 rainmaker from a tropical cyclone in the United States since 1950.

It’s still too early to quantify the extent of the damage, but it runs the gamut from flooded homes to washed-out roads, said Kelly Wooten, spokeswoman for the Hawaii County Civil Defense Agency.

“We don’t really have any numbers or statistics back yet,” she said. Assessment teams began surveying the damage Sunday.

The storm caused damage, mostly on the Big Island, where rivers raged near Hilo and nearly 40 people had to be rescued from homes.

There were no deaths from the storm, which had the potential to cause much more destruction.

Some 200 people have called to report some kind of damage, mostly on the east side of the Big Island, said county Managing Director Wil Okabe.

“What we’re concerned about is the mold — when it goes into the drywall, the rug, stuff like that,” Okabe said.

The storm named Lane was barreling toward the Hawaiian Islands as a powerful Category 5 hurricane in the middle of the week. But then it slowed down, moving as slow as 2 mph at times.

While it slowed, the storm’s outer bands hovered over the east side of the Big Island, allowing Lane to drop 51.53 inches (131 centimeters) of rain, the National Weather Service said Monday.

On Sunday, state Sen. Kai Kahele surveyed flood damage at Waiakea Elementary School in Hilo on the Big island. Six classrooms for preschool, special education and kindergarten students flooded and the smell of mildew was settling in, he said.

“I think it’s reflective of what you see all over east Hawaii,” he said. “Four feet of water in three days overwhelmed even the best infrastructure and the best storm drains and plans.”

As the island continued to clean up from the storm, some people were feeling like it could have been worse if Lane remained a hurricane and unleashed destructive winds.

Catarine Zaragoza-Dodge, owner of The Locavore Store in Hilo, was feeling grateful her shop fared better than others. The store got some flooding Thursday night and they were able to mop up waterproof vinyl floors on Friday in order to re-open by Saturday.

A flash flood warning was in effect for Kauai and the Big Island Monday.

“We’re expecting some dryer air to move in Tuesday night into Friday,” Almanza said, which could bring some relief to the Big Island, where it continued to pour Monday morning.

“People just want the rain to stop,” Kahele said. “People are tired of being wet.”