Trump wants a hug from Mexican president. Who knew? 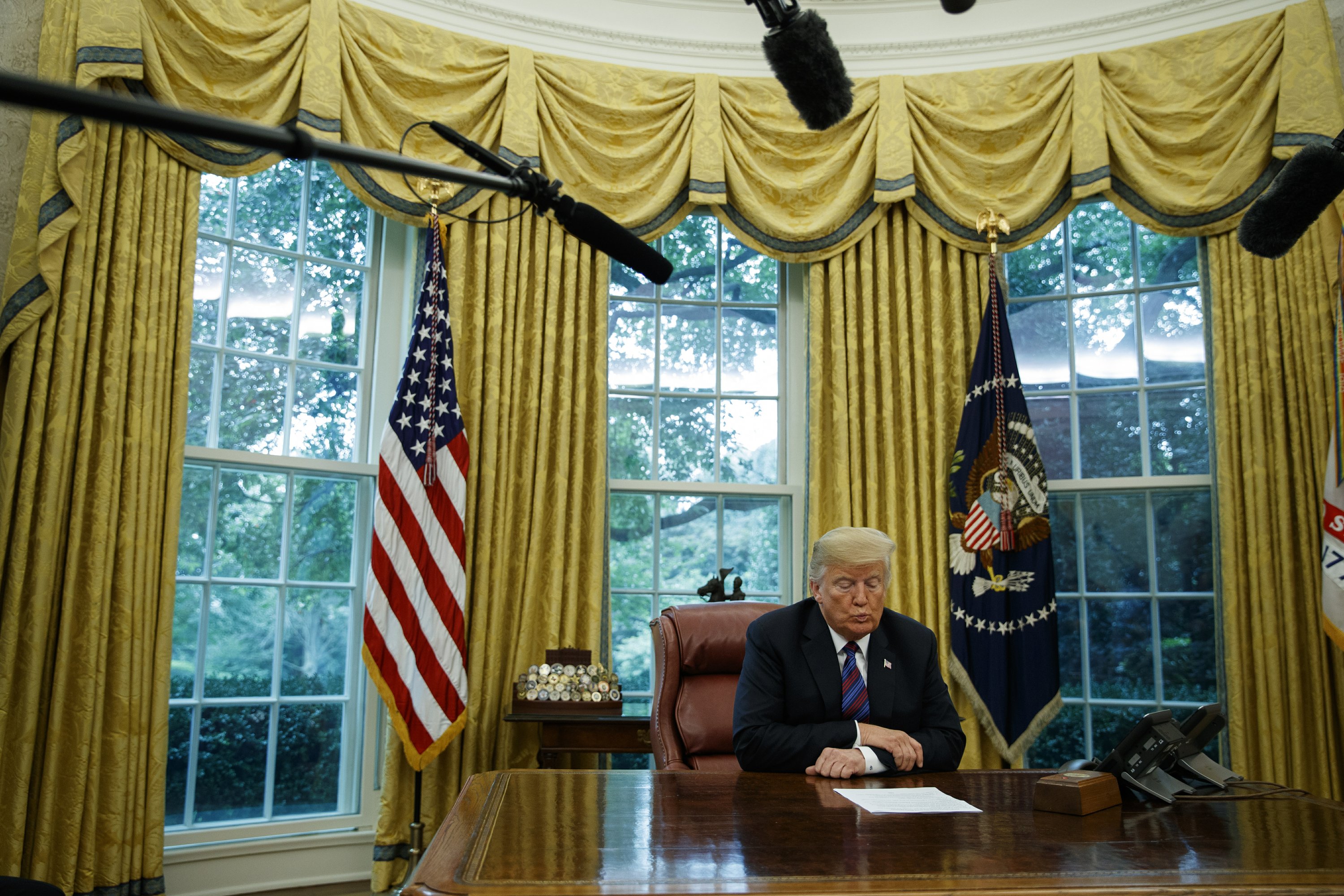 But Trump said such a gesture would be “very nice” as he wrapped up an unusual, public speakerphone conversation with the outgoing Mexican leader.

The long-distance call was a central feature of Monday’s unexpected announcement of a preliminary agreement between the U.S. and Mexico on a trade pact Trump hopes will succeed the North American Free Trade Agreement, which he says is bad for America.

But first, the White House actually had to get Pena Nieto on the line.

Technical difficulties plagued the connection as the president, seated at his Oval Office desk, awkwardly tried to speak with his counterpart while reporters and cameramen watched.

“I believe the president is on the phone. Enrique?” Trump asked, as camera shutter clicks filled the silence.

“It’s a big thing,” he told no one in particular. “A lot of people waiting.”

“Hello?… Hello?” he asked, growing visibly annoyed. At one point, he barked to an aide, “Be helpful.”

Finally, Pena Nieto was patched in to begin a congratulatory call that included few details and contradictory statements. What the leaders agreed to was unclear, though Trump said it signaled the end of NAFTA, which he has called a “terrible deal” for America. Congress must approve any changes.

At one point, Trump prompted confused questions from reporters after he said the deal was with Canada. The deal is only with Mexico, and Trump immediately corrected himself.

But even more surprising than word of an “understanding” between the U.S. and its southern neighbor was the overly complimentary language between their presidents. Relations between the two have been strained ever since Trump opened his presidential campaign in June 2015 by blasting Mexicans as drug dealers and rapists.

Then came Trump’s call to build a border wall to stop Mexicans from entering the U.S. illegally and his promise that Mexico would pay for it. Mexico insists it won’t pay.

Though they met during the campaign when Trump flew to Mexico City two months before the 2016 U.S. presidential election, and again last summer at a world leader summit in Germany, Pena Nieto has abruptly called off two visits to the White House to meet with Trump.

But that tension seemed a thing of the past Monday, after months of contentious negotiations gave way to the preliminary agreement.

“You’ve been my friend,” Trump said to Pena Nieto at one point. “I will tell you that working with you has been a pleasure,” he said later.

Trump added: “You’ve been my friend and you have been somebody that’s been very special in a lot of ways. We talk a lot. We talked a lot about this deal. And I’d like to congratulate you and the Mexican people.”

As the call neared its end, Pena Nieto said he hoped for a “good toast with tequila, of course.”

In closing, he told Trump, “I send you an affectionate hug.”

To which Trump responded, “A hug from you would be very nice.”