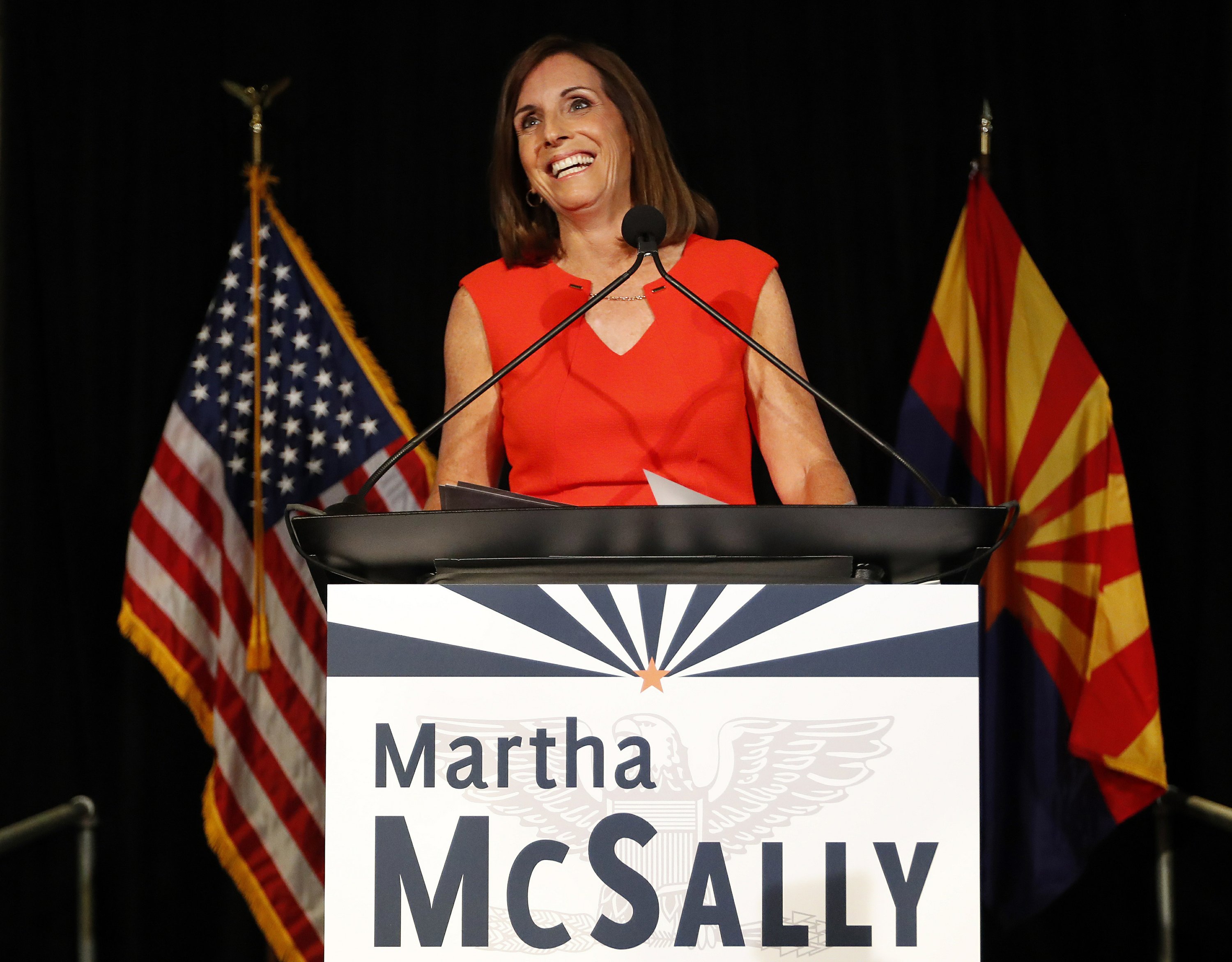 A Bernie Sanders-backed Florida Democrat pulls off an upset victory in the primary for governor while Trump’s favored candidate triumphs for the GOP.

Trump is accusing Google and other U.S. tech companies of rigging search results about him prompting the White House to look into the charge; Google pushes back sharply.

Family, friends and constituents will gather in Phoenix to pay their respects to the Navy aviator, POW, congressman, longtime senator and presidential contender.

Officer Roy Oliver killed Jordan Edwards, 15, when he fired into a car full of black teenagers as it drove away from a house party in suburban Dallas last year.

5. MEDIA RELUCTANT TO USE ‘LIE’ IN REGARDS TO TRUMP

Critics say the media is too timid in its coverage of the U.S. president, yet some journalists worry about overstepping bounds.

The nation’s big-money marijuana industry is pushing hard to dispel the idea everyone who tokes up these days is a stumbling slacker living on their parents’ couch.

The species’ apparent slow recovery is prompting fishermen to seek bigger commercial catch quotas and environmentalists to call for a more conservative approach.

8. WHAT NATION’S CITIZENS ARE SEEKING ASYLUM MOST IN AMERICA

Desperate to flee an increasingly authoritarian and lawless country in economic despair, Venezuelans now make up the largest group by nationality of people seeking refuge in the U.S.

Hundreds of members of Delta Sigma Theta stream into the rotunda of Detroit’s Charles H. Wright Museum to pay tribute to Aretha Franklin.

10. WHO’S GETTING THEIR OWN TV NETWORK

The Atlantic Coast Conference is a year away from the launch of its own TV channel in partnership with ESPN.