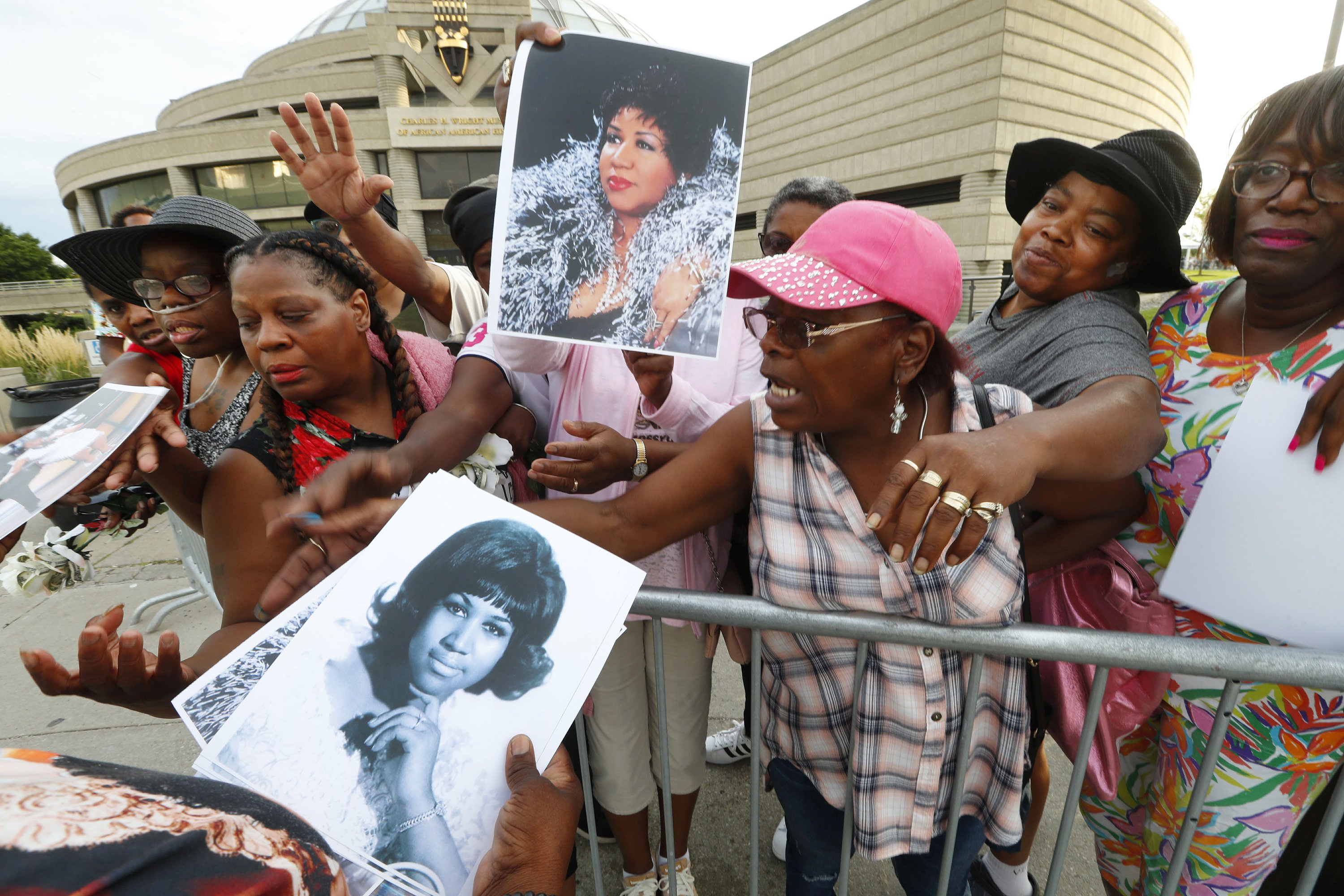 DETROIT — The Latest on a second day of public events honoring Aretha Franklin in Detroit. (all times local):

People are continuing to stream in for a second day to pay their respects to Aretha Franklin as she lies in repose in the rotunda of Detroit’s Charles H. Wright Museum of African American History.

The Queen of Soul’s public viewing continued Wednesday, with fans queuing festively outside, then walking solemnly and single file into the museum. There, they found Franklin in her bronze casket in a sheer light blue dress and matching shoes, a change from the red outfit she wore on Tuesday.

On the inside of the lid embroidered into the fabric is “Aretha Franklin the Queen of Soul.”

Franklin died Aug. 16 of pancreatic cancer at the age of 76.

Taylor Swift honored Aretha Franklin with a moment of silence during a concert in the Queen of Soul’s hometown.

Swift told a sold-out crowd at Detroit’s Ford Field on Tuesday that Franklin did so much for music, women’s rights and civil rights. Swift said words could never describe how many things Franklin did that made the world a better place.

The pop star asked for a moment of silence so “every single one of us could reflect on our love and respect for her.” After asking for the lights to go out, Swift said, “We love you Aretha.”

The public is paying respects to Franklin during a two-day viewing at a Detroit museum.

Franklin, who died on Aug. 16, will be laid to rest on Friday.

Hundreds of members of Delta Sigma Theta paid tribute to their soror, Aretha Franklin at a packed ceremony that capped a day of mourning in Detroit.

The sorority’s traditional Omega Omega service Tuesday night lasted nearly an hour, saluting Franklin with song, scripture and words. Franklin was inducted into Delta Sigma Theta as an honorary member in 1992. She was remembered for her regal presence and love of her community — traits they say embody the organization’s virtues.

A sea of women wearing black, many with African violet corsages and pearl necklaces lead a procession into the rotunda of the Charles H. Wright Museum of African American History. More than 1,000 people attended the service.

Franklin died Aug. 16 and will be laid to rest on Friday.