CNN stands by story about whether Trump knew of meeting 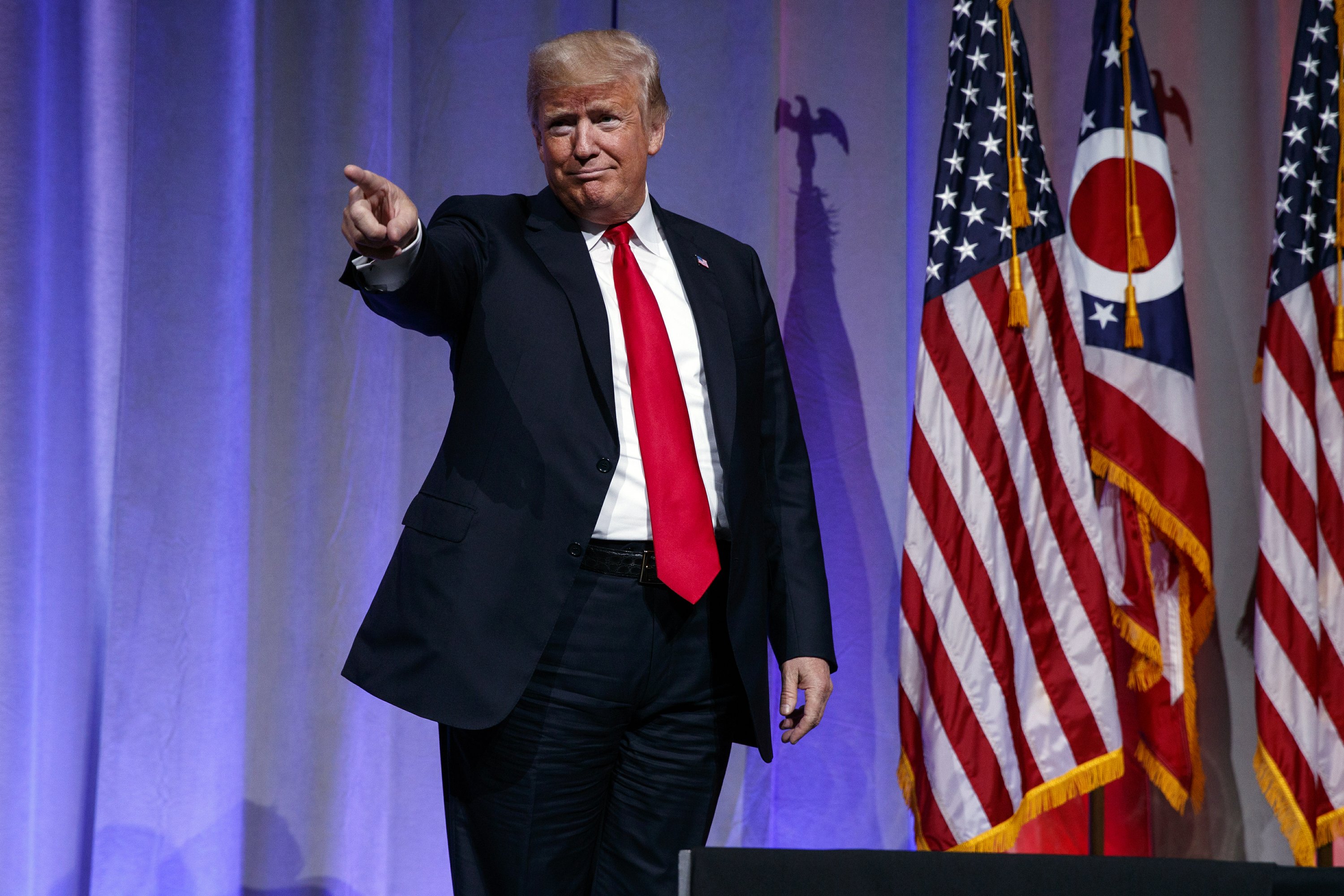 NEW YORK — Despite a key source backing off his assertion, CNN is sticking by a story casting doubt on President Donald Trump’s claim that he did not have prior knowledge of a June 2016 meeting with a Russian lawyer to get damaging information on Hillary Clinton.

CNN said it had more than one source for its story, co-authored by Jim Sciutto and Watergate legend Carl Bernstein.

CNN’s story, written on July 27, said that Trump’s former lawyer Michael Cohen was willing to say that he heard Trump’s son, Donald Trump Jr., tell his father about the Russians’ offer to share material about Clinton, his Democratic rival for the presidency. It also said that Trump gave the go-ahead to take the meeting at Trump Tower. If true, that would contradict what Trump and representatives have long said, that he didn’t know about the meeting until long after it happened.

Such information would be of great interest to special counsel Robert Mueller and his investigation into Russian involvement in the 2016 American presidential campaign.

WHY WAS THE STORY CALLED INTO QUESTION?

Cohen’s lawyer, Lanny Davis, has recently taken back earlier remarks, and now says that he is no longer certain that Cohen could legitimately claim Trump knew about the meeting, and that he didn’t have information to prove it. He said he was a source for other news organizations that tried to match CNN’s original story and, indeed, that he was a source for CNN.

CNN, in its story on Tuesday, quoted Davis as saying, “I should have done a much better job of speaking with more suspicion than certainty, and I regret my mistake.”

Some CNN critics wondered if Davis’ subsequent statement meant that CNN should retract its entire story. But CNN made a distinction: its original story did not assert that Trump definitely knew about the meeting ahead of time — only that Cohen had been making the claim while talking with prosecutors.

CNN said on Tuesday that it “we stand by our story, which had more than one source, and are confident in our reporting of it.”

WHERE IS CNN VULNERABLE?

The network walked a delicate line in its discussion. Its original story cited “sources with knowledge” telling the network about Cohen’s claim. The network noted in Tuesday’s story that Davis had admitted to being one of the sources for its original report. CNN technically didn’t confirm that in that Tuesday story — networks hate to be in a position of revealing confidential sources — but a spokeswoman confirmed to The Associated Press that Davis was one of the confidential sources.

The problem for CNN is that the July 27 story said “contacted by CNN, one of Cohen’s attorneys, Lanny Davis, declined to comment.”

Yet, if Davis was actually an anonymous source for CNN, the story should not also say that Cohen’s lawyer declined to comment. You can’t have it both ways. That’s a big no-no in journalism.

WHY DOES IT MATTER?

The president loves to rail about “fake news” telling untrue stories, and CNN arguably is his most frequent target.

Early Wednesday, the president tweeted more criticism. “‘Anonymous Sources are really starting to BURN the media.’ @FoxNews The fact is that many anonymous sources don’t even exist. They are fiction made up by the Fake News reporters. Look at the lie that Fake CNN is now in. They got caught red handed! Enemy of the People!”

If real doubt can be raised about CNN’s reporting on an important, damaging story regarding Trump and the Russia investigation, it gives Trump and his supporters major ammunition in its ongoing effort to make CNN seem like an unreliable news source.