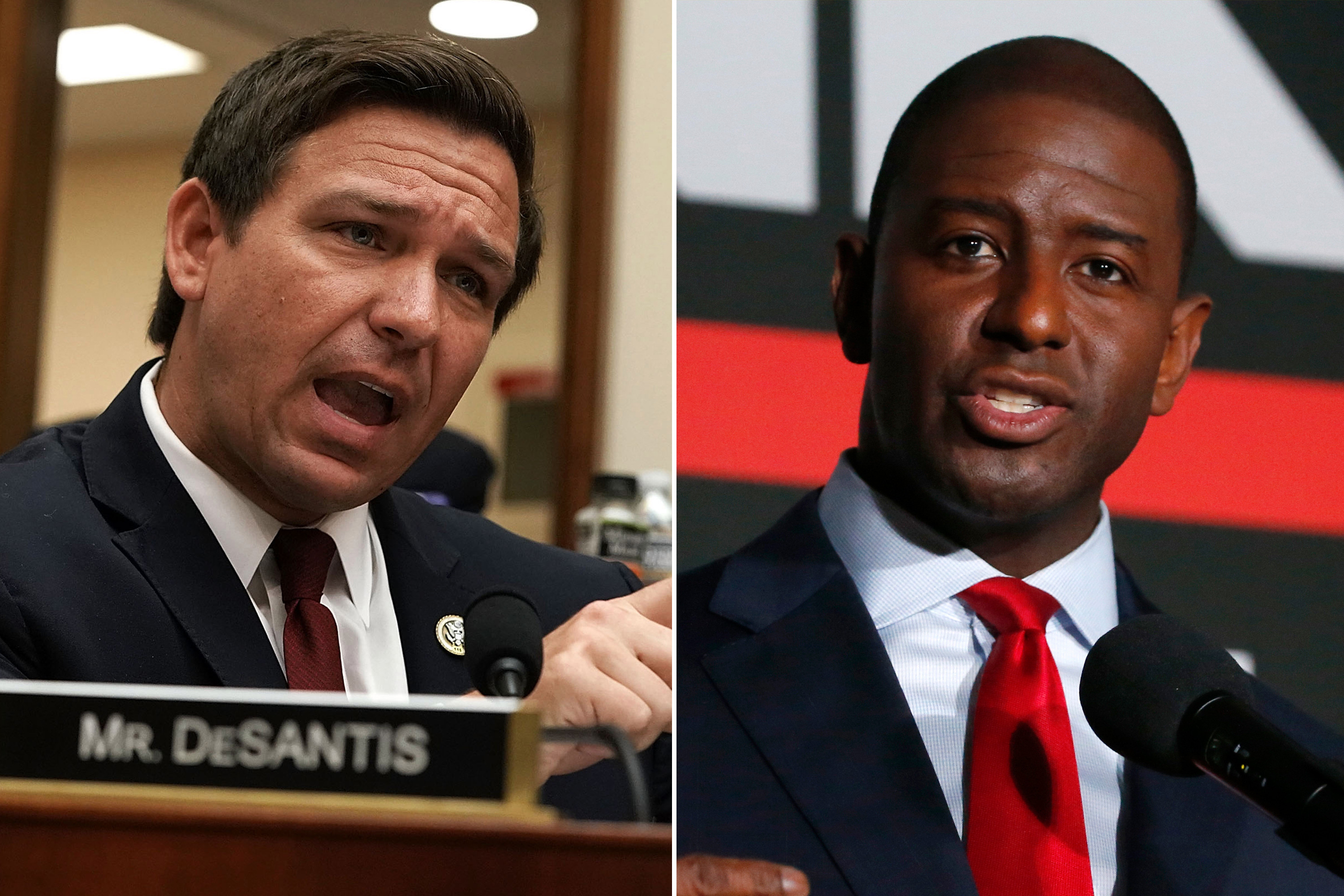 TALLAHASSEE, Fla. — The Latest on primaries in Arizona and Florida and a runoff election in Oklahoma (all times local):

Rep. Ron DeSantis’ Florida governor campaign says his comments about Democrat Andrew Gillum that have drawn criticism were directed at Gillum’s policies and not the candidate himself.

DeSantis easily won the Republican nomination for Florida governor on Tuesday. He went on Fox News to talk about the upcoming race against, Gillum, who would be the state’s first black governor if elected in November.

DeSantis said Gillum was an “articulate spokesman” for “far left views.” But he said that, in his words, “the last thing we need to do is to monkey this up by trying to embrace a socialist agenda with huge tax increases and bankrupting the state.”

Democrats called that a “racist dog whistle.” But Stephen Lawson, a spokesman for DeSantis, said the comment was about Gillum’s “socialist policies” and to “characterize it as anything else is absurd.”

U.S. Rep. Ron DeSantis is coming under fire from Democrats after saying the last thing Floridians need to do is “monkey this up” by electing Tallahassee Mayor Andrew Gillum as governor.

DeSantis made the comment during a Wednesday interview on Fox News. DeSantis easily won the Republican nomination for governor a day earlier. Gillum won the Democratic nomination in an upset. He could be the state’s first black governor.

DeSantis said Gillum was “articulate spokesman” for “far left views.” But he said that he would hurt the state if elected.

“The last thing, the last thing we need to do is to monkey this up by trying to embrace a socialist agenda with huge tax increases and bankrupting the state,” DeSantis said.

Florida’s Democratic nominee for governor says the state is looking for a leader who will bring people together, “not misogynist, not racist, not bigots.”

Tallahassee Andrew Gillum, who would be Florida’s first black governor, told CNN Wednesday that he wants to “build a Florida that makes room for all of us and not just some of us.”

President Donald Trump, on Twitter, criticized Gillum as a “failed socialist mayor” and praised Republican Rep. Ron DeSantis, who credits the president for helping him win.

Gillum said, “DeSantis can do the bidding of big business and big lobbyists and Donald Trump and his divisive rhetoric. I’m going to be here to do the business of the people of the state of Florida.”

McSally is a congresswoman who defeated two other Republicans Tuesday night to win the party’s nomination in the race to succeed retiring GOP Sen. Jeff Flake.

In a tweet Wednesday, Trump says McSally is “an extraordinary woman.”

Says Trump: “She was a very talented fighter jet pilot and is now a highly respected member of Congress. She is Strong on Crime, the Border and our under siege 2nd Amendment. Loves our Military and our Vets. Has my total and complete Endorsement!”

President Donald Trump is casting the Democratic nominee for Florida governor, Andrew Gillum, as a “failed socialist mayor” who will lose to Rep. Don DeSantis in November.

Gillum on Tuesday won an upset in the Democratic primary for governor and edged out several other candidates. Trump’s endorsement helped DeSantis beat Agriculture Commissioner Adam Putnam in the Republican primary.

Trump on Wednesday tweeted out that not only did DeSantis win, but that “his opponent in November is his biggest dream.” Gillum is mayor of the city of Tallahassee and Trump said Gillum has “allowed crime and many other problems to flourish in the city.”

Tallahassee has had one of the highest crime rates in the state the last few years, although it has been going down.

The district covers the southeastern corner of Arizona from most of Tucson down to the U.S-Mexico border. It has almost an equal number of registered Democrats and Republicans. Democrats hope to flip the seat in their bid to take control of the House of Representatives.

Marquez Peterson is the CEO of the Tucson Hispanic Chamber. She’ll face off with the winner of a seven-way Democratic primary in November.

A liberal Florida Democrat pulled off an upset victory in the state’s primary for governor while President Donald Trump’s favored candidate cruised to victory for the GOP.

Those primary races Tuesday set up a fierce fall showdown in the nation’s largest political battleground.