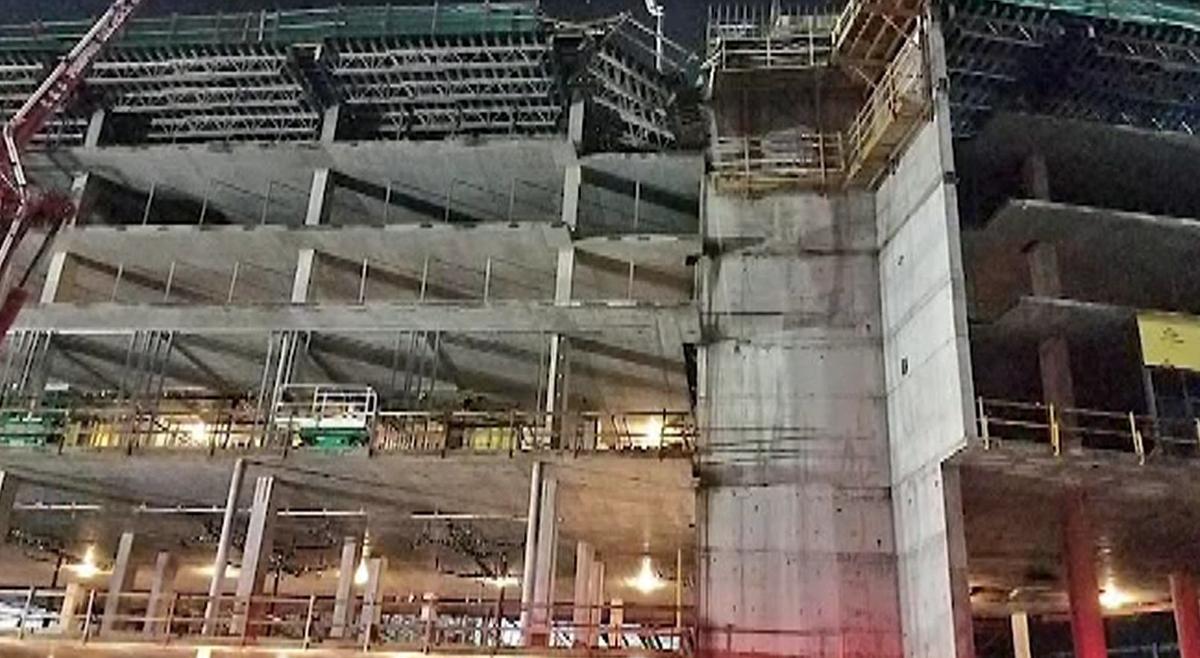 ORLANDO, Fla. — Two construction workers fell to their deaths when scaffolding collapsed above the sixth floor of a hotel under construction near Disney World early Wednesday. A third worker managed to hang on and climb to safety, a fire-rescue spokesman said.

“They were on the scaffolding, and for reasons unknown at this time, that support structure gave way, sending two workers plummeting to the ground below. Both died on the scene. A third worker managed to hang onto the scaffolding and managed to climb to safety,” Jachles told The Associated Press.

Jachles said it happened at the top of the construction project, which is still in the concrete-pouring stage. The Orange County Sheriff’s office and the U.S. Occupational Safety and Health Administration will investigate, he said.