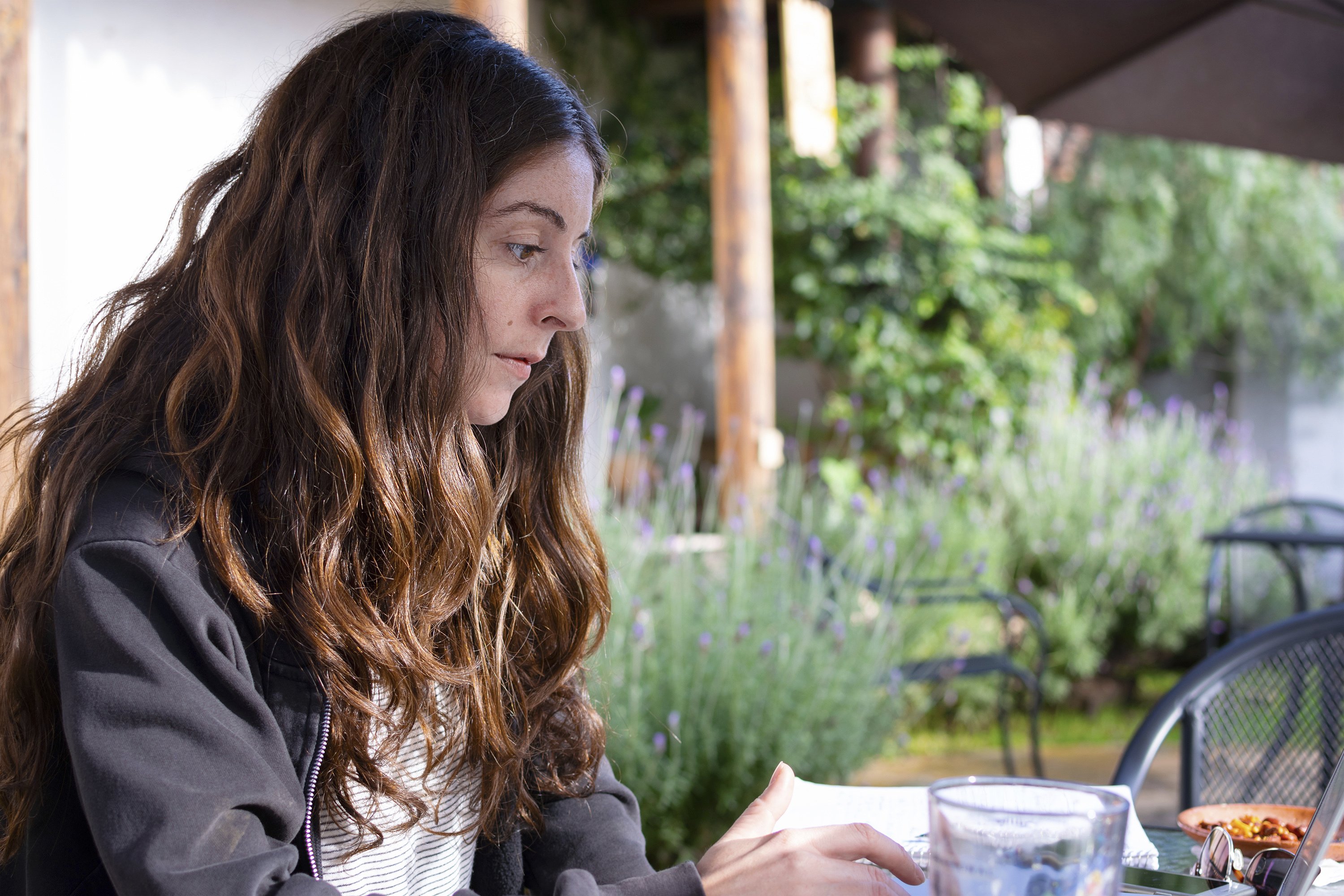 LOS ANGELES — Michelle Janikian, who writes about marijuana for publications like Herb, Playboy and Rolling Stone, says after she tells someone what she does for a living, she usually spends the rest of the conversation “trying to act so friendly and mainstream” so they don’t think she’s stoned.

Adam Salcido relates that after he went to work a couple of years ago for a Southern California company that helps organize weed-infused events like Hempfest and Cannabis Cup, he had to reassure his family he wouldn’t turn into a drug addict.

But with a multibillion-dollar industry beginning to flower — marijuana is now legal in some form in 30 states — cannabis advocates are pushing to dispel the idea that people who toke up still live on the couches in their parents’ basements and spend their waking hours eating Cheetos and playing video games.

MedMen, a flashy, upscale chain of dispensaries that brands itself as the Apple store of pot shops, recently rolled out a $2 million ad campaign that, for lack of a better description, might be called the “anti-stoner offensive.”

Photos of 17 people — including a white-haired grandmother, a schoolteacher, a business executive, a former pro football player and a nurse — are being splashed across billboards, buses and the web by the company that has dispensaries in Los Angeles, Las Vegas and New York. Each photo has the word “stoner” crossed out and in its place a description of their job.

People can find their biographies on the website www.forgetstoner.com, where they can also learn why they use weed. Reasons range from treatment of medical conditions like migraines and anxiety to simply enjoying the high.

“What we’re saying is the very definition of a stereotype is defining a person by one bad mention,” says Daniel Yi, MedMen’s senior vice president of communications and a former Los Angeles Times reporter. “They’re also a grandmother. They’re also a father, a son, a brother.”

Judd Weiss, CEO and founder of cannabis company Lit.Club, believes the industry needs to do still more. He suggests marketing products in a way that makes them look more than just respectable, but as the herbal equivalent of a fine bourbon or scotch.

Thus, he says, Lit.Club’s vape pens are packaged in a way “that won’t embarrass you at the opera.” They look sleek and stylish, with inspirational phrases like “Light A Path” printed on each one. He compares the aroma and flavor of his company’s pre-rolled joints to something similar to a fine brandy.

“Very much like the Tesla, we want to be seen as luxury quality but affordable,” he said.

The website Leafly, which is sometimes called a Yelp for discerning potheads, has taken out ads in The New York Times and staged promotional events at gatherings like the South by Southwest Festival in Austin, Texas, to extol the virtues of marijuana. Better sex and better health are two claims it focuses on.

Still there is pushback from some who believe realities about pot are being glossed over by slick marketing.

“It is not a controversial claim to say that marijuana could be addictive for some people, that it could produce mental illness, that it’s tied to impaired driving, that it makes you not motivated, that you’re more likely to drop out of school if you’re a kid using,” said Kevin Sabet, president of the group Smart Approaches to Marijuana and a former drug policy adviser to presidents Clinton, Obama and George W. Bush.

Sabet accuses the cannabis industry of enticing children with edibles and cookies in an attempt to become another “Big Tobacco,” although he also acknowledges there is evidence that marijuana has some medicinal value.

It was edibles that brought Cindy Paul of Billings, Montana, to a Portland, Oregon, pot shop a few weeks ago to sample marijuana for the first time in 25 years. A casual if closeted smoker during her school days, Paul, 55, said she decided to indulge again while vacationing with her daughter in a state where it’s legal and where she can acquire it in a form she doesn’t have to inhale.

“I do think it has medicinal qualities,” she said, adding, “I’m not using it for that. I’m using it to have a good time. I don’t think it’s any different than having a beer.”

To bring more people like Paul into the fold, branding expert Robert Miner says the marijuana industry needs to use movies and TV shows to change negative perceptions.

Those lovable stoners Cheech and Chong were fine back in the day when it came to rebuffing the idea that anybody who smoked pot was headed for Reefer Madness. But the mainstreaming of marijuana, he said, demands a new message.

“For that larger portion of the cannabis-consuming population, that same silly bumbling stereotype that led to a wider acceptance is now an impediment to their being open about their cannabis consumption,” said Miner, whose firm, Miner & Co. Studio, works with TV networks and other media in image building.

One show that presents a more modern take on marijuana is HBO’s “High Maintenance.” It features a bicycle-riding pot dealer who interacts with a variety of average New Yorkers, from empty-nesting Boomers to workaholic Millennials. The only thing any have in common is they buy marijuana from him and, as they do, pull him into their daily lives.

It’s one of Janikian’s favorite shows, and she’d like to see more like it. But for now the writer who divides her time between New York and Mexico will continue to remain circumspect about her marijuana use.

She sometimes uses a topical cream to curb anxiety and after a hard day’s work she likes to smoke a joint to unwind like any “random normal person” would have a glass of wine.

But she knows those random normal people are often skeptical.