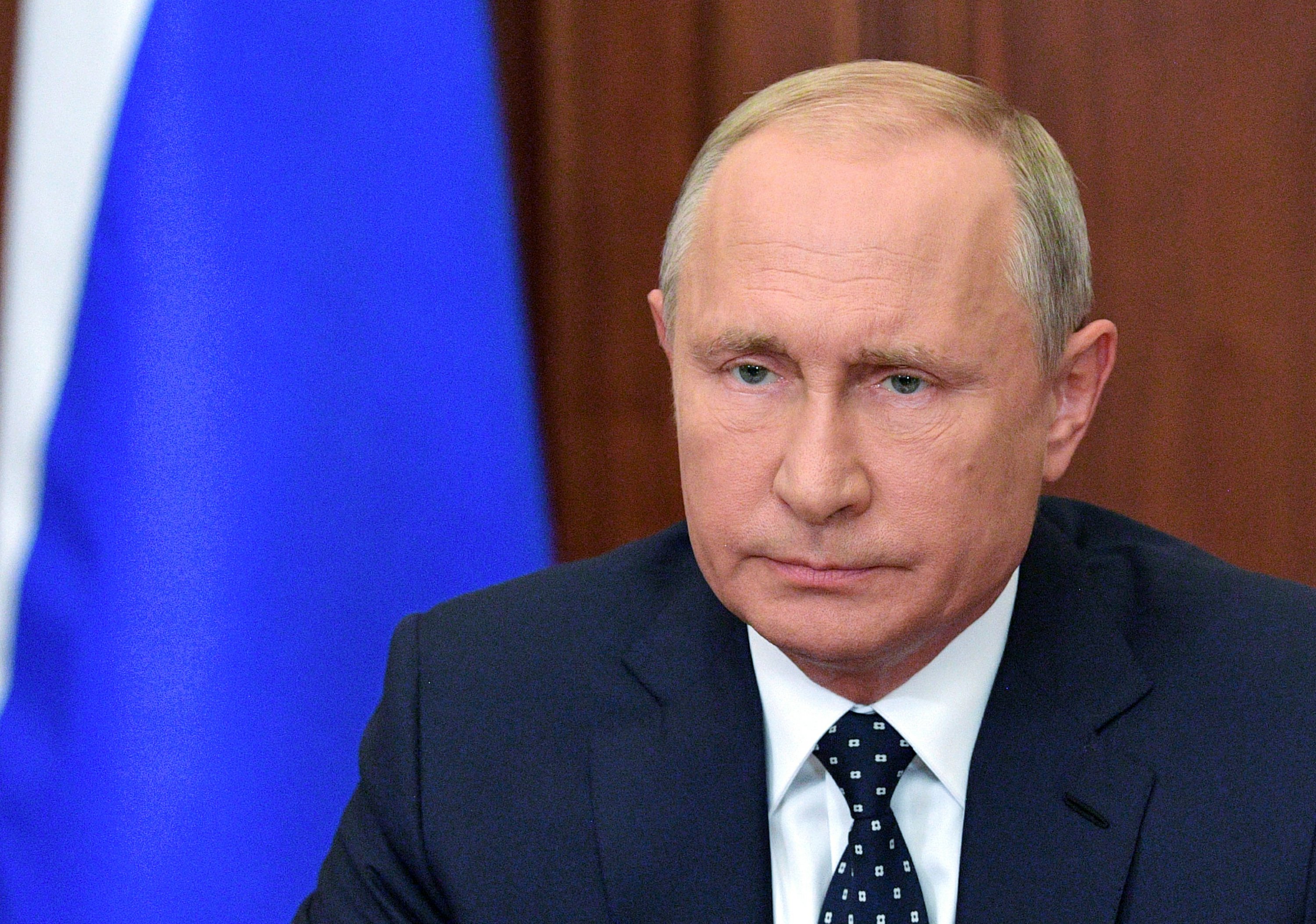 MOSCOW — Facing protests and a noticeable dip in his approval ratings, President Vladimir Putin made rare concessions Wednesday to an unpopular pension reform package that increased the retirement age for Russians.

The televised address marked an extraordinary occasion when Putin apparently felt compelled to explain a major policy decision to the public, reflecting the contentious nature of the retirement reforms.

The general idea of increasing the retirement age was justified because of Russia’s economy and demographic trends and “cannot be put off any longer,” Putin said.

Without such a move, Russia’s pension system “would crack and eventually collapse,” he said, adding: “I’m asking you to be understanding of this.”

In softening the plan, he said the new retirement age for women will be raised only to 60 from the current 55, instead of the previous government proposal to increase it to 63.

Left unchanged, however, was increasing the retirement age for men from 60 to 65.

Russia’s economy has been hobbled in recent years by falling oil prices and Western sanctions over the 2014 annexation of Crimea. The country also faces a demographic crisis in the coming years as a result of the extremely low birth rates that followed the collapse of the Soviet Union.

The retirement age is supposed to be raised gradually — by one year every year over the next five years.

The softening of the proposal for women, to five years instead of eight, was because of what Putin called the important role women play in Russian society.

“In our country, we treat women in a special, caring way,” he said.

The government’s plan to raise the retirement age initially was announced by the government in June on the first day of the World Cup in Russia, when the attention of most of the country was focused on soccer.

Putin has refrained from commenting on the subject for weeks, while a widespread outcry over the move began emerging. Alexei Navalny, one of Putin’s biggest opponents, has called for nationwide demonstrations about it on Sept. 9, but on Monday, he was jailed for 30 days over an unsanctioned protest seven months earlier.

The pension proposals have affected Putin’s approval ratings, which have dropped from 80 percent to under 70 percent — his lowest since before the Crimea annexation.

Older Russians have seen their pensions rise steadily under Putin and have been among his staunchest supporters, enjoying the stability they believe he has brought to the economy. But many of those who oppose an increase in the retirement age question whether they would live long enough to claim their money.

In Russia, the average life expectancy is 67 for men and 78 for women.

Though the proposed changes bring Russia into line with most other countries, many families, especially in rural areas and small towns, are worried that their household income will take a serious hit at a time when the young often struggle to find a stable job.

“This reform will hit hard people in provincial towns and in villages,” said Arseny Radin, a Moscow-based engineer originally from the Vladimir region about 200 kilometers (120 miles) northeast of the capital.

Radin said his father, who would be retiring in a few years if not for the planned reforms, must travel to Moscow for work “because there are no jobs in provincial towns.”

Asked about Putin’s proposal to incentivize employers to hire older workers, Radin said: “What jobs are we talking about and what jobs are going to be kept for those people who are close to the retirement age?”

In his speech, Putin voiced other suggestions aimed at softening the blow, including an idea to keep benefits such as tax breaks for seniors even before they reach retirement age.

Although Putin is famous for his annual marathon call-in TV shows in which he talks directly to ordinary Russians via video link, he rarely gives televised speeches to the nation. For example, he did not give a nationally televised address in 2014 when Russia moved to send troops to Crimea and eventually annex the territory from Ukraine.

For years, Putin has avoided discussing the idea of raising the pension age, a move long advocated by his economic advisers.

Sergei Kosov, a 71-year-old Muscovite who watched Putin’s televised address, said the reform “has long been overdue even though not everyone agrees.”

Speaking at a city-organized activities club for seniors, Kosov called it “a sincere account of the country’s needs,” even though he thought the government would not be forced to take the action if it was more effective in fighting corruption.

Alexei Kudrin, chairman of the Audit Chamber and one of the earliest proponents of the reform, welcomed Putin’s proposals, calling them “well-thought out and crucial for the nation to be able to achieve its goals.”

The Communist Party, one of the main opponents of the reform, said Putin should have made more concessions.

“This bill cannot be improved, in my opinion,” party leader Gennady Zyuganov told the Tass news agency, adding that the party is collecting signatures necessary to try to force a national referendum.