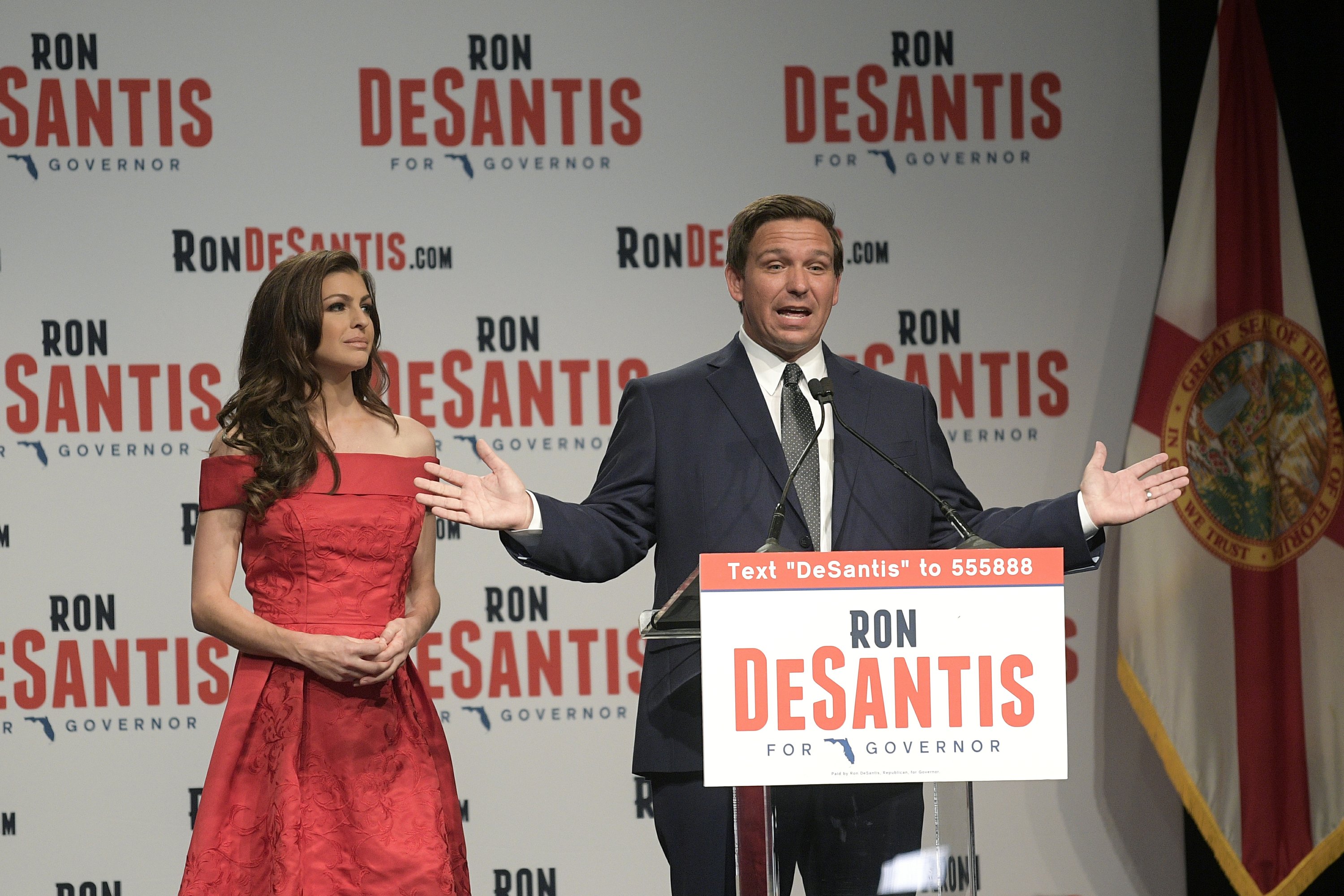 NEW YORK — President Donald Trump got his man in battleground Florida, but he watched a prominent immigration ally fall in Arizona in what was another eventful night in the 2018 midterm season.

Arizona and Florida held primaries Tuesday, both of which tested Trump’s influence. There were also new signs of diversity on the Democratic side.

Takeaways from one of the final rounds of voting ahead of midterm elections:

The political establishment in both parties had a bad night in Florida’s high-profile race for governor.

On the Republican side, Trump got his man, Republican congressman Ron DeSantis, who beat out the establishment favorite, state Agriculture Commissioner Adam Putnam. Despite Trump’s support, DeSantis was not the strongest general election candidate in the race, operatives in both parties suggest.

The three-term Republican congressman who makes frequent Fox News appearances is known as an immigration hard-liner in a state where Hispanic voters hold outsized sway. And lest there be any question about his allegiance to Trump’s divisive immigration policies, DeSantis encourages his toddler to “build the wall” with blocks in one campaign ad.

That’s a message that may play well among a general electorate in West Virginia, where Trump won by more than 40 percentage points in 2016, but Trump carried Florida by only a single percentage point.

On the Democratic side, liberal champion Andrew Gillum, the mayor of Tallahassee, bested a crowded field that included establishment favorite Gwen Graham, the former congresswoman and daughter of Florida political icon Bob Graham.

Graham, who was considered a centrist, was viewed as a more attractive general election candidate in the purple state. Gillum is more liberal, having earned the backing of Vermont Sen. Bernie Sanders and billionaire Tom Steyer.

To win the governor’s office for the first time since 1999, Democrats will have to come together quickly.

The results on both sides underscore the outsized influence of each party’s most passionate voters in lower-turnout off-year elections.

Martha McSally won the GOP nomination for Arizona Senate, but the results show how divided the party is and the challenge that lies ahead.

Now McSally has to bring together the party — including some of Trump’s most devoted supporters — going into the fall against Democrat Krysten Sinema, who is widely considered well-positioned. The race gives Democrats one of their best pickup opportunities in the nation.

Meanwhile, it would be wrong to assume that McSally’s win is a repudiation of the tough rhetoric of her challengers, who essentially split the conservative vote.

The 86-year-old man known nationwide as Sheriff Joe, who personifies the tough immigration policies that define the modern-day Republican Party, may never serve in public office again after his loss Tuesday.

(For those who forget, Arpaio was convicted of criminal contempt last year for ignoring a judge’s order to stop detaining immigrants in the country illegally. Trump later pardoned him.)

If a Democratic wave is coming to Florida, it may have to be supplied by independents.

With just a handful of precincts left to count, Republicans cast more than 1.6 million Florida ballots, while registered Democrats were on track to fall just below 1.5 million. Beyond the raw vote totals, the GOP count also was a larger share of its last presidential election turnout.

That measure is a useful way to assess which party is more excited about a midterm election, and it’s particularly useful in Florida because the state limits primaries only to voters registered by party.

The GOP total came to almost 35 percent of what Trump won in Florida in 2016. The Democrats’ total was about 33 percent of Hillary Clinton’s 2016 turnout.

Of course, it doesn’t mean Republicans are guaranteed big wins in Florida this fall. But it does show the GOP base in Florida is anything but depressed, turning out in solid numbers to nominate DeSantis after he was endorsed by Trump.

The scenario cuts against the grain of a midterm election cycle that’s been defined by energy on the left in other states, and it puts an added burden on Florida Democratic candidates to attract voters who didn’t participate in Tuesday’s primaries.

There was less drama on the Senate side in battleground Florida, but the stage is now set for what will likely be the nation’s most expensive midterm contest.

Florida Gov. Rick Scott easily captured the Republican nomination in the GOP’s bid to unseat Democratic incumbent Sen. Bill Nelson. At 75 and seeking his fourth term, Nelson is considered particularly vulnerable as voters continue to show disdain for candidates with deep ties to the establishment.

Scott, an independently wealthy businessman, has already spent more $27 million on the race compared to Nelson’s $6 million. The conservative Koch network has identified the Senate seat as a top target, and outside groups on both sides are expected to dump millions more in the contest.

The extraordinary price tag of running a statewide campaign in Florida, which features 10 media markets, will test each side’s resolve and resources — particularly on the Democratic side.

Republicans know Scott can and will dump millions more of his own personal wealth into his campaign. Democrats aren’t so lucky.

National Democrats are already weighing how best to invest their limited dollars considering their challenges in other states where their incumbents are on the defensive. Yet if Democrats lose Nelson’s seat in Florida, their already narrow path to the Senate majority becomes virtually nonexistent.

In his upset victory, Gillum joins two other African-American gubernatorial nominees on the November ballot, Georgia Democrat Stacey Abrams and Maryland Democrat Ben Jealous, in what may be the party’s most diverse midterm class in history.

No state is currently represented by a black governor.

The nominations, of course, do not mean the candidates will continue to re-write history.

Republicans have cast Gillum, like the other black nominees, as part of their party’s far-left fringe. Indeed, in all three cases, the candidates were backed by Sanders. Progressive billionaires Steyer and George Soros invested heavily in Gillum’s primary campaign as well.

Diversity may help win Democratic primaries in 2018, but it’s unclear if it’ll help Democrats pick up seats among a broader general election audience.