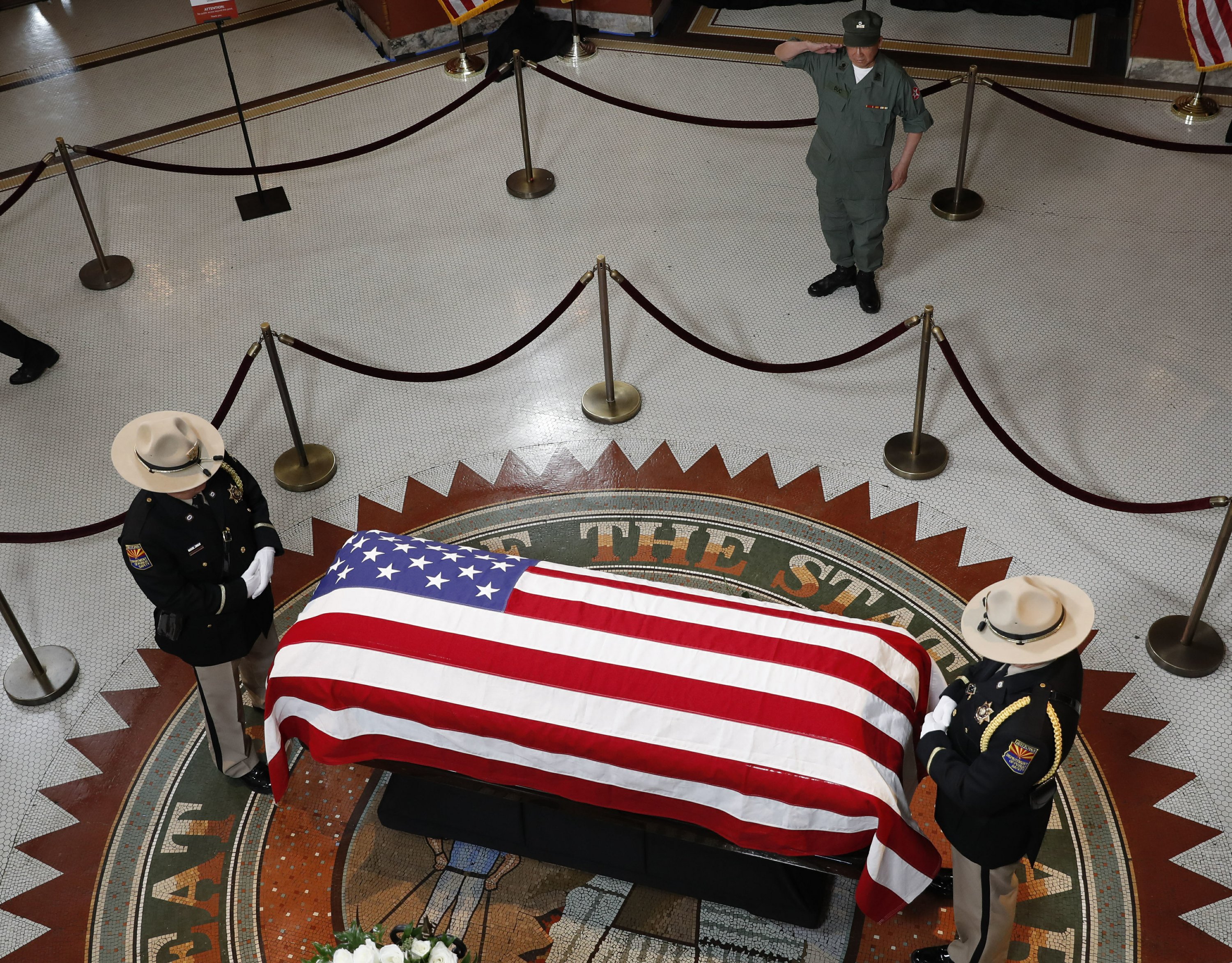 1. MCCAIN TO DEPART ARIZONA FOR THE LAST TIME

Arizona residents have been invited to honor Sen. John McCain by lining the route from the Capitol to the North Phoenix Baptist Church.

2. “HE CAN ACTUALLY SEE LIFE AGAIN AFTER 15 YEARS”

Family members of an unarmed black teenager who was fatally shot leaving a house party in suburban Dallas say jurors gave the white ex-police officer who killed him too lenient of a prison sentence.

President Donald Trump urged evangelical leaders this week to get out the vote ahead of the upcoming midterm elections and warned of “violence” by opponents if they fail.

4. TRUMP MAY RELAUNCH WARGAMES WITH SOUTH KOREA AS TALKS WITH NORTH STALL

President Donald Trump is leaving open the possibility of relaunching military wargames with South Korea while saying there’s no reason at this time to spend millions of dollars on the exercises.

5. WHO WANTS TO BRING NEW VOTERS TO POLLS IN FLORIDA

Mourners streamed in for a second day to pay their respects to Aretha Franklin before her casket was moved ahead of her funeral Friday.

7. WHICH TRUMP LAWYER IS LEAVING THE WHITE HOUSE

White House counsel Don McGahn will be leaving the White House in the fall, adding to the record turnover in the 19-month-old Trump administration.

9. WHAT WILDLIFE ADVOCATES HOPE TO ACCOMPLISH

Wildlife advocates hope to convince a judge grizzly bears living in the Yellowstone National Park area face too many threats to their survival to add trophy hunting to the mix.

Superstar siblings Serena and Venus Williams will meet in the third round at the U.S. Open, their earliest showdown at a major tournament in 20 years.