After church service, McCain to depart Arizona for last time 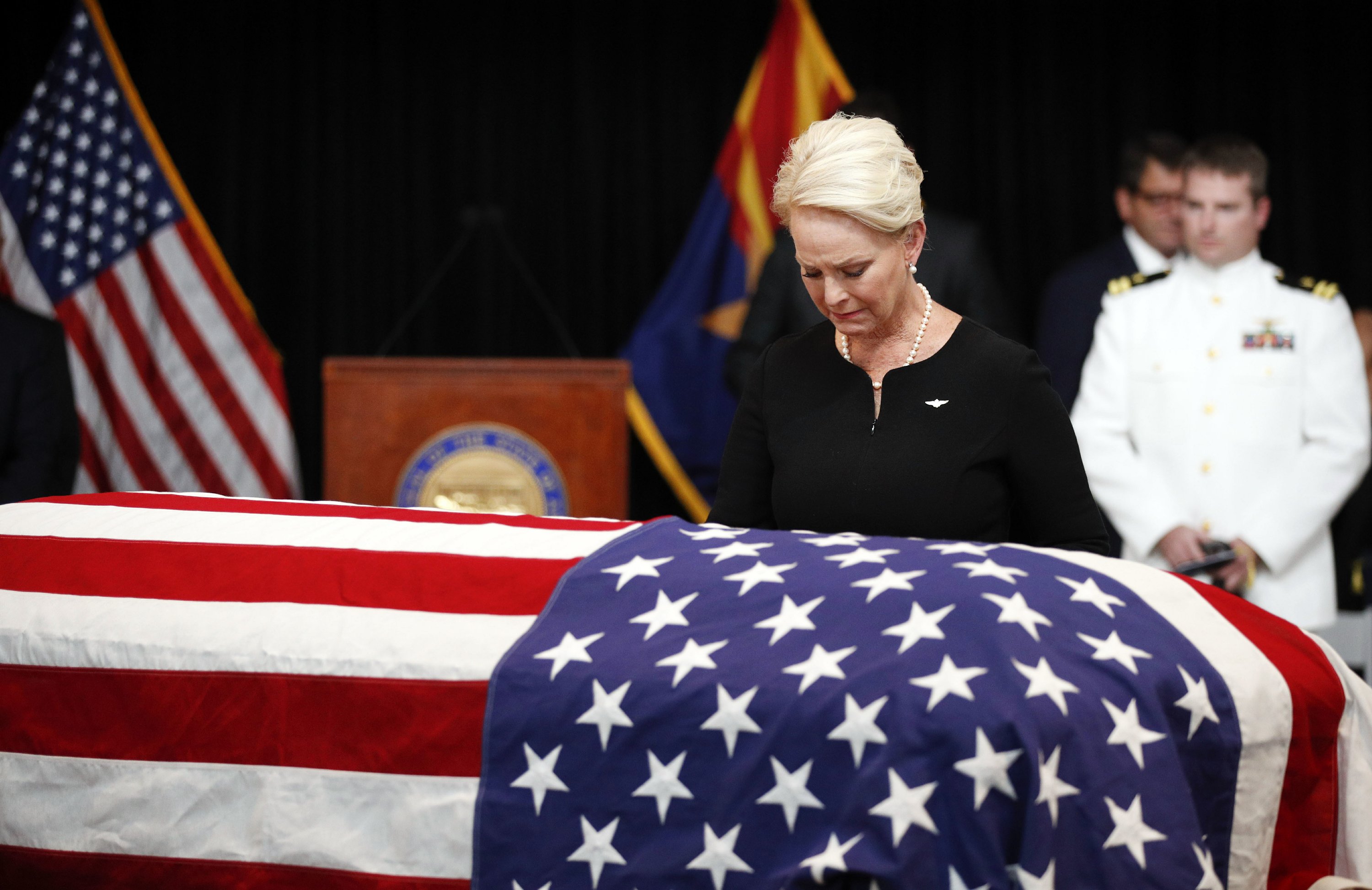 PHOENIX — The celebration of Sen. John McCain as a former prisoner of war and maverick politician enters a second day with a church service and a military salute before his casket departs his adopted state of Arizona for Washington.

A motorcade with McCain’s casket leaves Thursday morning from the Arizona Capitol, where McCain has been lying in state so thousands of people could say goodbye. Family and friends gathered there Wednesday for a private service, where Cindy McCain pressed her face against her husband’s coffin.

Following a service at North Phoenix Baptist Church, McCain’s casket will go to Phoenix Sky Harbor International Airport for a salute from the Arizona Air and Army National Guard.

Friday’s visitation at the U.S. Capitol will be followed by a service Saturday at Washington National Cathedral.