Amazon fights back on attacks from Bernie Sanders 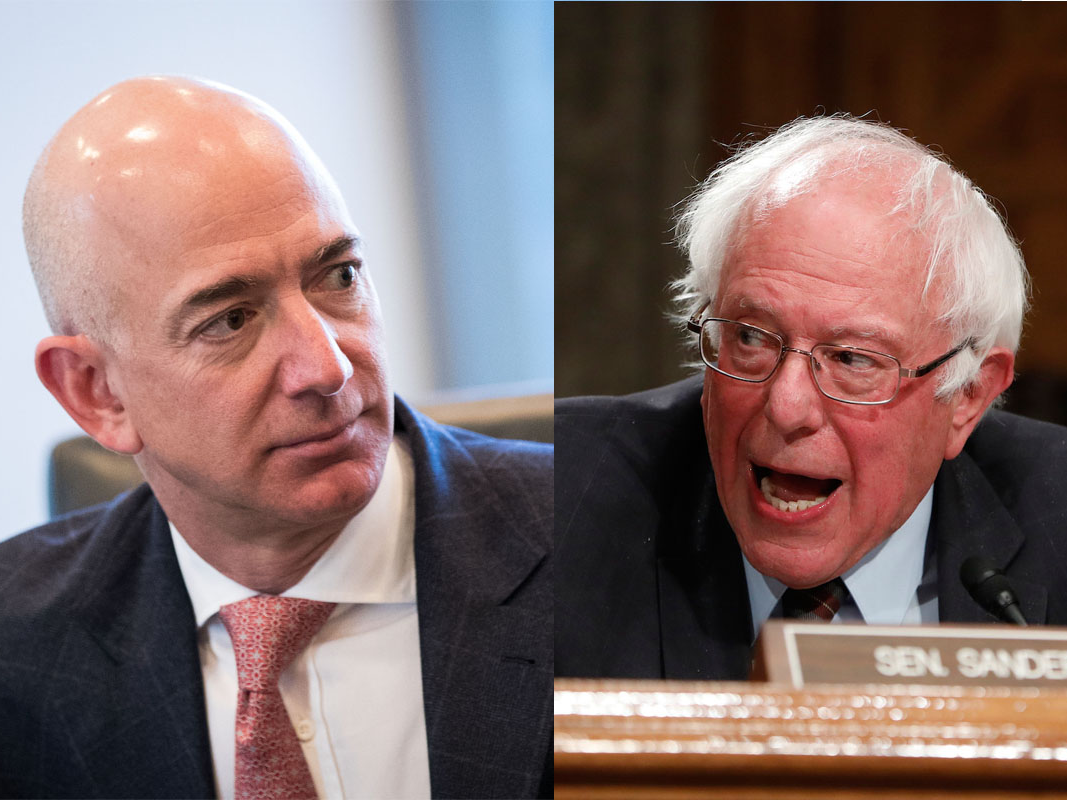 On Tuesday, Sanders posted a video on Twitter where he criticized Amazon for forcing their employees to rely on food stamps, Medicaid and public housing “because their wages are just too low.”

The American people are subsidizing Amazon workers’ food stamps while their boss, Jeff Bezos, is the richest man in the world. It’s time to get Mr. Bezos off of welfare. pic.twitter.com/GRV2KDBkb6

Tuesday wasn’t the first time Sanders has attacked Amazon or its CEO Jeff Bezos. In May, he took to Twitter to say, “Amazon founder Jeff Bezos’ wealth increases by $275 million every single day. Meanwhile, Amazon workers have to rely on food stamps and public assistance just to survive. This is what a rigged economy is all about.”

Competitive pay + full benefits — health, vision/dental, retirement, generous parental leave, & training for in-demand jobs through our Career Choice program. Please compare our median pay & benefits to other retailers. We’d be happy for you to come see an FC for yourself. (2/2)

According to Amazon, Sanders has not taken Amazon up on their request to visit any facility. Yahoo Finance reports that Sanders “plans to visit a fulfillment center in Chester, Virginia next month.”

Sanders criticism of Amazon comes as he gears up to introduce a Senate bill on Sept. 5.

“If Amazon, Walmart and other corporations won’t pay their workers a living wage, our bill would establish a 100% tax equal to the amount of federal benefits received by their low-wage workers. The American taxpayer should not be subsidizing the richest people in history so they can underpay their employees,” Sanders said in a statement.

Amazon posted to their blog Wednesday, stating, “Senator Sanders continues to spread misleading statements about pay and benefits. Amazon is proud to have created over 130,000 new jobs last year alone. In the U.S., the average hourly wage for a full-time associate in our fulfillment centers, including cash, stock, and incentive bonuses, is over $15/hour before overtime. We encourage anyone to compare our pay and benefits to other retailers.”

Dave Clark, Amazon’s senior vice president of operations, even went a step further Wednesday by sharing Sanders’ site where he asks Amazon workers to share their experiences with him. Amazon is not afraid of the site, and instead encourages its workers to respond truthfully.

.@sensanders would like to understand your experience at AMZN.He only asks if you are on SNAP (he calls it “food stamps”), but I hope he’d be interested in hearing that you’re not.Please tell him your truth. I encourage you all to share your experiences: https://t.co/aRJ1kZBh5H.

The bottom line is that Sanders has better policy to deal with in his own state. Why is he attacking Amazon when Amazon has such a small percentage of its workforce in the state he represents?