Analysis: What’s lost when the president can’t show up? 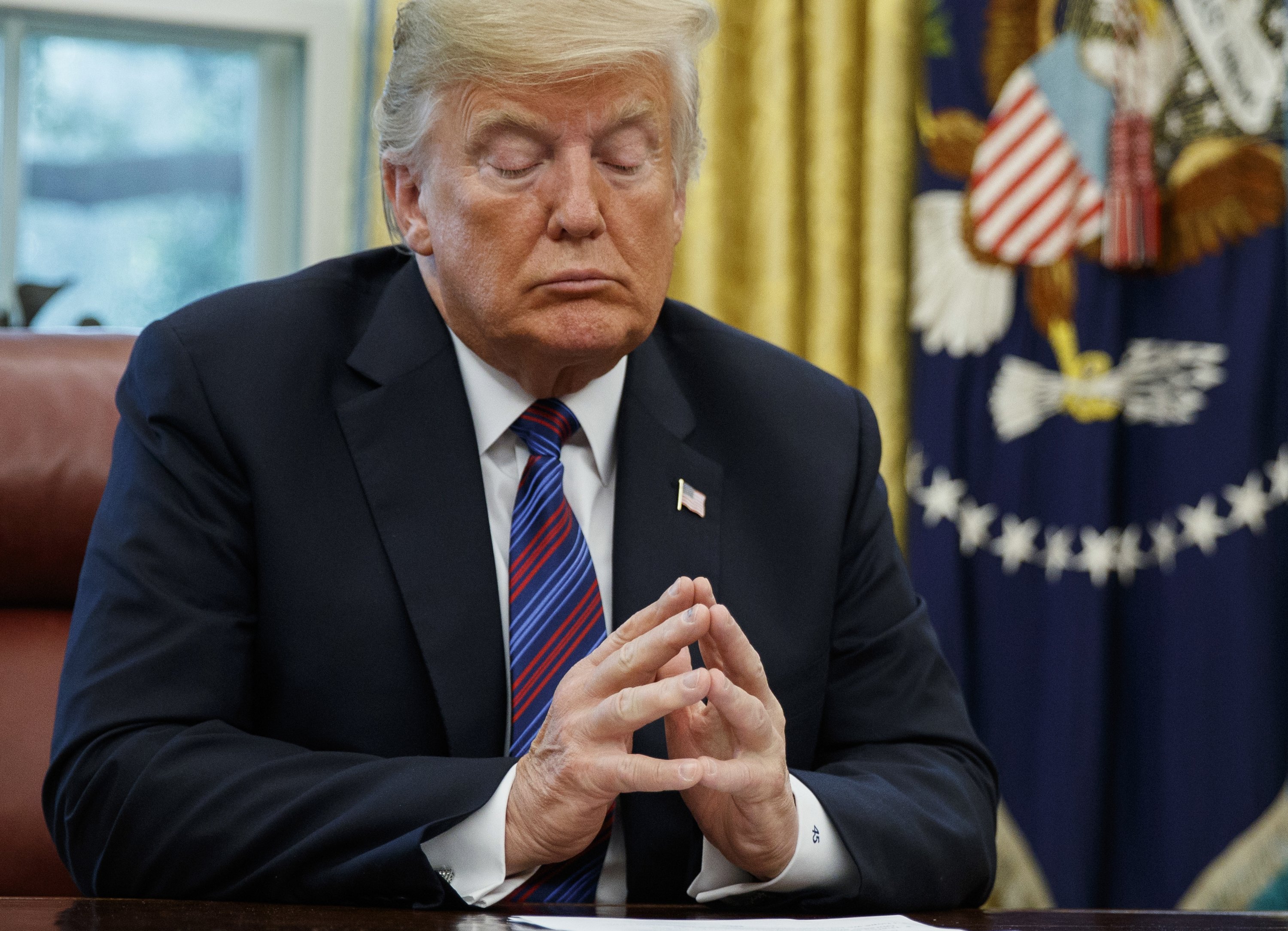 WASHINGTON — What’s lost when the president of the United States can’t — or won’t — show up?

As the remembrances for the late Sen. John McCain shift from Arizona to Washington the rest of this week, President Donald Trump will be glaringly missing. The McCain family asked him to stay away from the four-day tribute to the storied Republican lawmaker. And even if they hadn’t, it’s unlikely Trump would have been eager to eulogize one of his fiercest critics.

But Trump’s absence is about more than just a personal feud between two dramatically different politicians. His inability to seize the ceremonial, symbolic power of the presidency, both in times of sorrow and joy, threatens to change an important aspect of the office itself and remake Americans’ expectations of their commander in chief.

“There’s a loss,” says Julian Zelizer, a political historian at Princeton University. “A lot of the stuff (Trump) does become norms. That’s the power of a presidency. Now a president can be this way.”

The American presidency has always been tangled in partisan divisions. Most recent presidents have been elected by narrow margins after campaigns focused on party loyalists. Like Trump, his predecessors have frequently stuck to friendly environs, preferring the adulation of supporters to the criticism of detractors.

But most modern presidents also have recognized that the office comes with certain ceremonial expectations. Americans not only look to the president to run the government, but also to lead in times of tragedy or cheer in moments of national pride.

In the days after the Sept. 11 attacks, Republican George W. Bush rallied Democratic-heavy New York, standing on a pile of rubble at the World Trade Center and throwing out the first pitch at a Yankees game. Democrat Barack Obama walked the streets of reliably red territory in Missouri, Alabama and elsewhere, hugging residents after natural disasters. He helped ease tensions in South Carolina when he broke into a rendition of “Amazing Grace” at a funeral for victims of a black church shooting.

McCain asked both Bush and Obama to speak at his funeral Saturday at Washington National Cathedral. Trump is expected to be at the White House, just a few miles away.

Trump stunned many members of his own party during the presidential campaign by mocking McCain’s capture during the Vietnam War. Their relationship never recovered, and McCain emerged as one of Trump’s sharpest GOP critics. In the days after McCain succumbed to brain cancer, Trump resisted aides’ efforts to pay tribute to the senator and only grudgingly put out a statement honoring him.

What’s striking is that Trump was elected despite few Americans believing he was well-suited to take on some of the traditional obligations of the presidency. A Pew Research Center survey in November 2016, just before the election, showed that 66 percent did not believe he would set a high moral standard for the office. A Pew poll this summer showed that 71 percent believe he has not.

Many Trump supporters argue that he was elected in part to defy convention and change expectations for the presidency. Indeed, the same Pew poll found that 60 percent of those who approve of Trump listed his personality or approach to politics among the things they like most about him.

But some of his supporters have suggested he’s missing an opportunity.

Sen. Lindsey Graham, both a close friend of McCain and a Trump ally, urged the president this week to be “a big man in a big office.”

“John McCain was a big man, worthy of a big country,” Graham said on CBS. “Mr. President, you need to be the big man that the presidency requires.”

At times, Trump has tried to unite or heal in moments of tragedy, with varying degrees of success. He traveled to Puerto Rico after Hurricane Maria ripped through the island, but he feuded with the Democratic mayor of San Juan ahead of his arrival and the lasting image of his trip was his throwing rolls of paper towels into a crowd. He called the mother of an American soldier killed in Niger to offer condolences, but wound up tangling with a congresswoman who criticized him for telling the family that the solider knew what he was signing up for.

Increasingly, Trump is simply absent in moments when a president would be expected to show up. He was reportedly asked to not attend funeral services earlier this year for Barbara Bush, the matriarch of one of the nation’s most prominent Republican families. And with athletes and celebrities often unwilling to be seen alongside Trump, he’s sometimes had to skip functions such as the Kennedy Center Honors and cancel sports teams’ championship celebrations at the White House.

Doug Heye, a Republican strategist who has been critical of the president, said the real concern is not whether Trump can reinstate some of those ceremonial functions, but whether he could bring the country together if he needed to.

“If we need a united national response, and we’re not united, that makes the job of president to do those good and right things harder,” Heye said. “That seems not possible right now.”