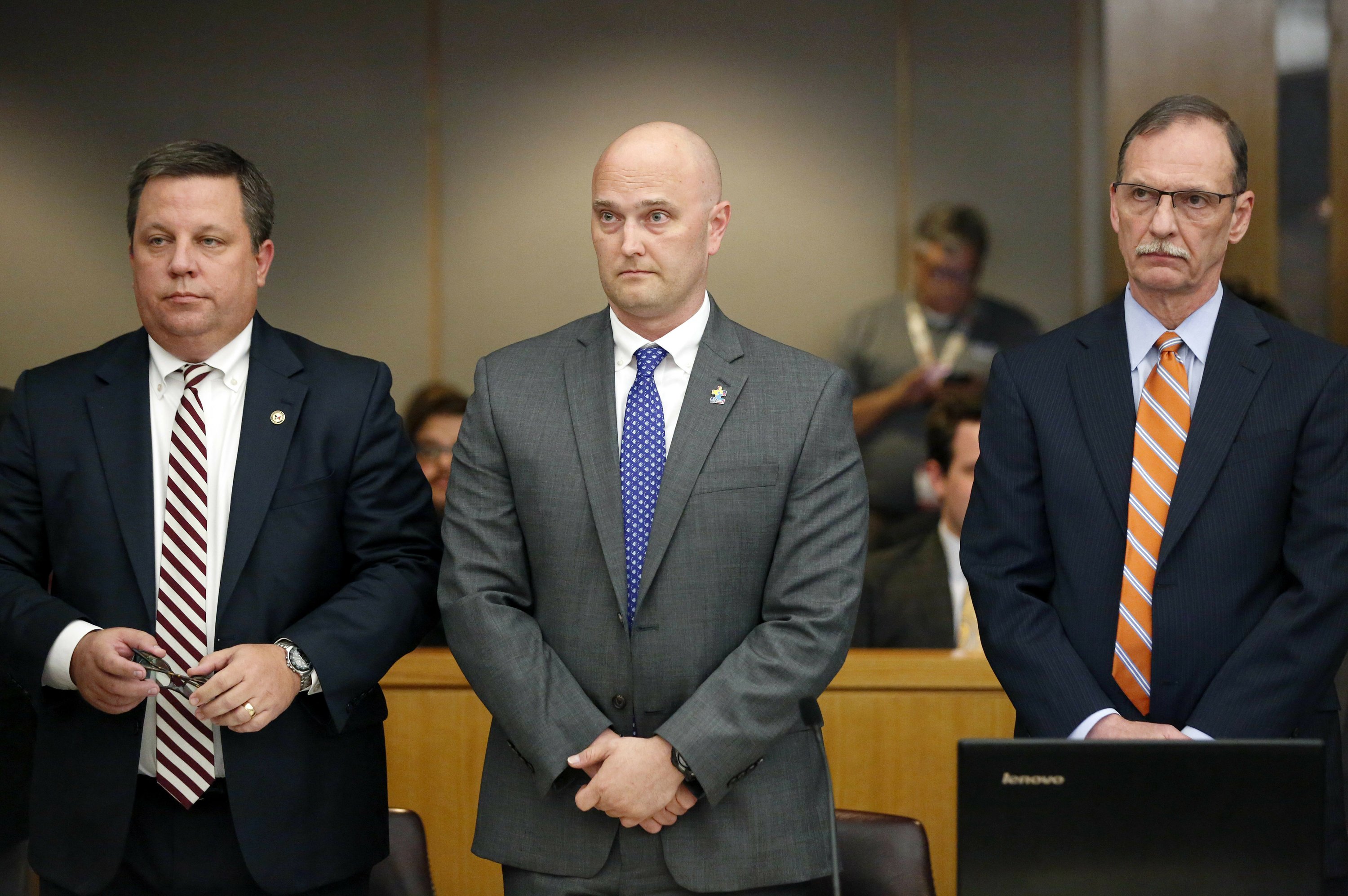 Every case is unique, as is every jury. But experts say several factors seemed to stack up against former Texas police officer Roy Oliver this week when, in an extremely rare outcome, he was convicted of murder for a shooting that occurred while he was on duty.

Criminal justice experts tell The Associated Press that fewer than 90 officers have been charged with murder or manslaughter for such shootings since 2005. Less than half were convicted or pleaded guilty to lesser charges.

Even more rare is a guilty verdict on a murder charge: That has happened only five other times in the last 13 years in cases involving non-federal law enforcement officers — and four of those convictions were overturned, according to Bowling Green University criminologist Phil Stinson.

Criminologists have long said jurors are inclined to believe police testimony, and prosecutors have a high bar when trying to convince jurors that a law officer didn’t fear for his or her life in the moments before a fatal shooting. But in Oliver’s case, experts say, several factors worked against him.

Here is a look at some of those factors and the case:

Dallas County jurors weren’t swayed by Oliver’s claims that he was protecting his partner when he fired into a car full of black teenagers as it left a house party in Balch Springs last year. The shooting in the Dallas suburb killed 15-year-old Jordan Edwards, who was sitting in the front passenger seat.

The shooting occurred after Oliver, who is white, and his partner responded to reports of underage drinking at the party. Oliver initially said he opened fire as the car aggressively moved toward his partner.

On Tuesday, Oliver was convicted of murder. His attorneys have said they’ll appeal.

University of Pittsburgh law professor David Harris said a major blow to Oliver’s case came from his partner, Officer Tyler Gross. Gross told jurors that while responding to the house party, he didn’t fear for his life and never felt the need to fire his weapon. He also said he didn’t feel like the vehicle that Edwards and his friends were riding in was trying to hit him.

“To have a partner testify differently is an unusual thing to happen in itself, but to have a partner say he wasn’t in fear … that is a major blow to that guy saying he had a reasonable fear for his or his partner’s life,” Harris said.

Juries in such trials are told they have to consider how police make split-second decisions. Jurors then have to decide whether an officer was fearful in that brief moment, added Cara Rabe-Hemp, a professor of criminal justice at Illinois State University. In Oliver’s case, she said, it appeared the jury was not willing to accept the reasonableness of his claim of fear.

Prosecutors also showed jurors the police bodycam video that contradicted Oliver’s original version of events, which experts said also likely played a role in the jury’s perception of whether Oliver was being truthful about feeling threatened.

Harris said most police departments have some policy prohibiting officers from shooting at moving vehicles because, if the driver is shot, the vehicle can become an unguided missile with no one to stop it. The video showed the car moving away from officers.

“It’s a really incredibly reckless thing to do, under the best of circumstances,” Harris said.

Officers are often told to move out of the way rather than try to stop a car coming at them. Harris said a jury likely would see Oliver’s actions as disregarding safety of others and acting recklessly.

In several cases where officers were charged in fatal shootings, prosecutors had to overcome jurors’ tendency to blame the victim if the victim was in the midst of committing a crime or had a criminal history, the experts said.

Rabe-Hemp pointed to the case of Philando Castile, a Minnesota man who was fatally shot after calmly telling an officer that he was legally carrying a gun during a traffic stop in July 2016. Defense attorneys were able to convince a jury that the presence of the weapon caused the officer, Jeronimo Yanez, to react in fear. Yanez was acquitted.

But in Oliver’s case, defense attorneys had very little to point to. Edwards was unarmed — investigators found no weapons in the vehicle — and prosecutors told jurors he was an “innocent child” whose last words were “duck, get down.”

“It didn’t seem reasonable that this officer would be fearful. I think that alone really altered that outcome,” Rabe-Hemp said.

Harris said Edwards’ age and character also were likely factors in the verdict.

“Every life is valued, but some lives get devalued. It shouldn’t be like that, but it is,” Harris said. “In this case, you had a 15-year-old kid, who wasn’t up to no good. … In many cases, juries do victim blame. But you couldn’t make that happen here.”