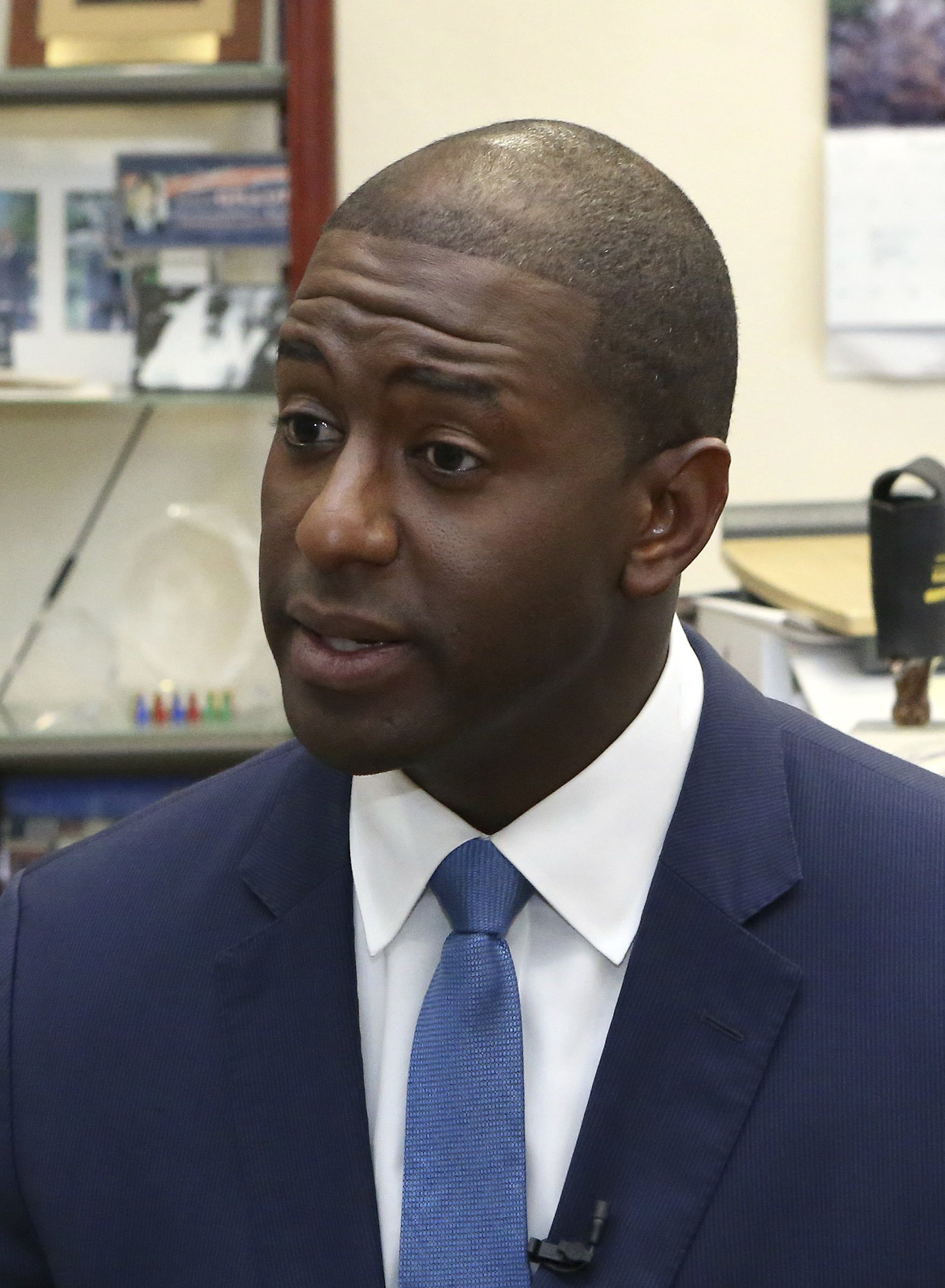 TALLAHASSEE, Fla. — Fresh from a stunning primary upset that boosts the progressive wing of the Democratic Party and potentially scrambles the November midterms in the nation’s premier political battleground, Florida’s Democratic gubernatorial candidate Andrew Gillum says he’s intent on bringing a flood of new voters to the polls in November.

“We’re going to be wildly successful at getting more black voters, brown voters, young voters, poor voters, working class white voters to get out and vote for us,” Gillum said.

“I honestly believe that the nature of this moment — what’s happening at the national level — is fueling and will fuel a whole new segment of people who really want to see more decency, more respect, more humanity and also a brand of politics that says, ‘I see you, I hear you and we have a plan to make your life better.'”

The questions are how much Gillum’s nomination changes the dynamics in a state accustomed to tight elections and whether there’s any spillover effect for the titanic Senate matchup between Democratic incumbent Bill Nelson and term-limited Republican Gov. Rick Scott.

Republicans and Democrats agreed Wednesday that the fundamental rules of Florida politics don’t change: Both races at the top of the ticket will be close.

“In this environment, base voters on both sides are very likely to turn out, so this going to be a fight over the handful of people who are not already aligned with one or the other candidate,” said Whit Ayres, who is polling for DeSantis and has extensive experience polling statewide and presidential races in Florida.

But Gillum’s wild card is to change just which independents and casual partisan voters cast ballots in November. Republicans agree that he could boost nonwhites and younger voters, pushing the November electorate more toward what it looks like in a presidential year. Besides Gillum, that could boost Nelson, a 75-year-old white incumbent widely viewed as one of the most vulnerable Senate incumbents nationally.

It’s the same strategy that Democrat Stacey Abrams, who joins Gillum as one of three black Democratic nominees for governor, is trying in GOP-leaning Georgia. And it’s a contrast to the staid, centrist Nelson and Gwen Graham, Gillum’s top primary rival.

“We’ll be a good combination for each other,” Gillum said of Nelson. “There are constituencies that Sen. Nelson has a stronger network of support with, and I think there are folks I have a stronger network of support with. It just so happens that I think the communities that most resonate with me happen to also be folks from communities that don’t typically participate in midterm elections.”

Indeed, changing the midterm electorate would upend a decades-long Florida trend of Democratic turnout dropping off precipitously in midterms. It’s how Scott won two terms as governor even as President Barack Obama was winning Florida twice. And it explains why Republicans have near absolute control of state government in Tallahassee. And Republicans also argue that Gillum is simply too liberal, with his advocacy for universal health care and scrapping the current iteration of the ICE immigration enforcement agency.

Another warning for Democrats: They were outvoted Tuesday, with Republican ballots exceeding Democratic ballots by more than 100,000 in Florida’s closed primaries that don’t allow independents to vote.

“The results is clear: There is no blue wave in Florida,” wrote Scott’s Senate campaign manager Jackie Schultz Zeckman in a post-primary memo released publicly. Schultz Zeckman noted that while Democrats increased their primary turnout in comparison to the 2014 midterms, so did Republicans; the memo also cites Republicans garnering more new voter registrations in Florida since 2016 than Democrats.

“We’re proud of the overall grassroots energy,” said Maria Urbina, the political director for the national office of Indivisible, a group formed in opposition to Trump’s election in 2016.

Beyond the GOP’s statewide advantage Tuesday, Urbina pointed specifically to Democratic turnout spikes in Gillum’s home county (Leon), in the densely populated Democratic hotbeds of Miami-Dade and Broward counties and in urban centers of Orlando and Tampa.

She described a statewide organization of “movement partners” — local Indivisible chapters and other groups like MoveOn.org — that she said will continue to add staff and volunteers to reach voters ahead of November.

Gillum noted that he endorsed Hillary Clinton over Vermont Sen. Bernie Sanders in the 2016 Democratic presidential primary, yet Sanders is now endorsing him. He said that is an example of Democrats getting unified.