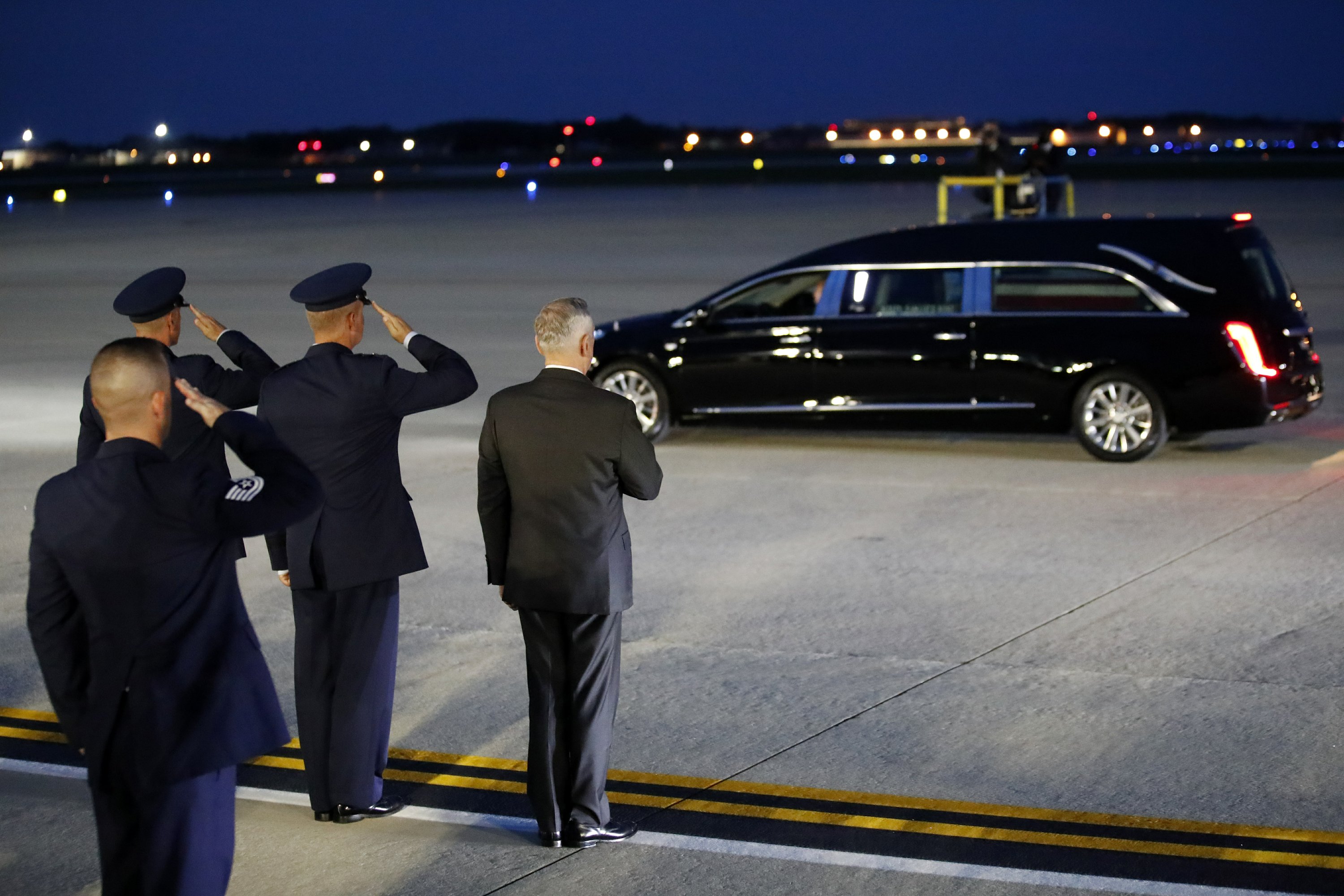 1. D.C.’S FAREWELL TO ITS MAVERICK

It’s Washington’s turn to say goodbye to the late Sen. John McCain, who will lie in state under the U.S. Capitol rotunda Friday for a ceremony and public visitation. President Trump has been asked to stay away from all events.

There is growing concern among Trump allies that the brain drain at the center of the administration could hardly come at a more perilous time.

4. “MAY THEY LEAVE THE SHELTERS AS SOON AS POSSIBLE…THEY ARE THE MOST VULNERABLE.”

Three minors from El Salvador separated from their parents after crossing the U.S. border were sexually abused in shelters in Arizona, Salvadoran officials say.

5. AS MODERN GIANTS PASS AWAY, HISTORY SEEMS TO BE REPEATING

Fifty years after the cataclysmic year of 1968, when John McCain and Aretha Franklin were among the emblems of the era, we are in a similar period of upheaval and polarization.

6. WHOSE INFLUENCE MAY GROW IN UPPER CHAMBER

John McCain is being remembered as a last lion of the Senate, but the next generation of mavericks might come from the ranks of Senate women.

Researchers are feeding seaweed to dairy cows in an attempt to make cattle more climate-friendly, hoping to reduce their emissions of methane, a potent greenhouse gas.

So shouted an Australian filmmaker who has been convicted of spying and sentenced to 6 years in prison in Cambodia for flying a drone over a political rally last year.

A consortium of news organizations in Brazil is working to debunk rumors and misinformation circulating on WhatsApp, a wildly popular messaging service that is difficult to police because users share messages privately

10. WITH A LITTLE HELP FROM THE REF

Nick Kyrgios was losing big at the U.S. Open but turned the match around after the chair umpire spoke with the 30th-seeded Australian during break between games, saying, among other things, “I want to help you.”