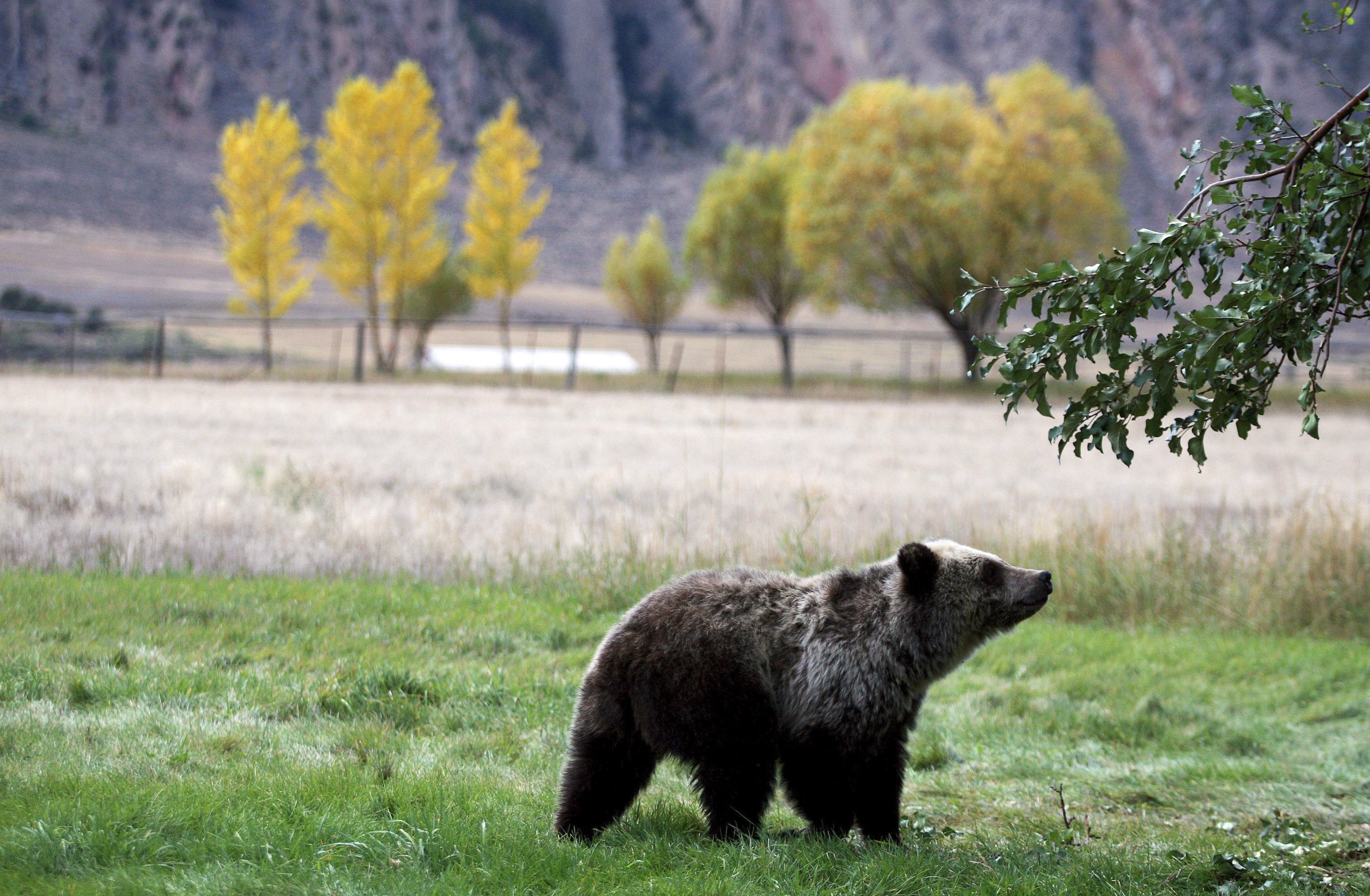 MISSOULA, Mont. — A federal judge on Thursday temporarily blocked the opening of the first public grizzly bear hunts in Wyoming and Idaho in more than 40 years, as he considers whether the government was wrong to lift federal protections on the animals.

“The threat of death to individual bears posed by the scheduled hunts is sufficient” to justify a delay in the state’s hunting seasons, Christensen wrote.

The move marked a victory for wildlife advocates and Native American tribes that sued over the U.S. Fish and Wildlife Service’s decision in 2017 to lift federal protections for 700 grizzly bears in and around Yellowstone National Park.

“We’re thrilled,” said Mike Garrity, the executive director for plaintiff Alliance for the Wild Rockies. “Now the judge has time to rule without grizzly bears being killed starting Saturday morning.”

The plaintiffs had argued the bears still face threats to their survival. Federal wildlife officials say the bears are thriving.

Fewer than two dozen bears would be allowed to be killed in the hunts.

Opponents of the hunt, he said, were ignoring the frequent grizzlies attacks on livestock, the impact bruins have on populations of deer and elk and the threat grizzlies pose to human. Hoese applied for but did not receive a grizzly bear hunting tag.

“They’re just looking at it from the bears’ perspective,” he said. “The way that nature works is a balance and we don’t have that balance. …There are too many bears now.”

Hunt opponents claim the U.S. Fish and Wildlife Service’s decision last year that Yellowstone grizzlies are no longer a threatened species was based on faulty science. They also say they don’t trust that the three states that have taken over bear management will ensure the bears’ survival. They want the judge to re-classify the bears as threatened.

Among their arguments in court, attorneys for advocacy groups questioned how other threatened grizzly populations in the Lower 48 states would fare if the Yellowstone bears’ status changed. They also said the federal wildlife agency ignored recent spikes in overall bear deaths that, when hunting is added to the mix, could cause an unanticipated population decline.

Roger Phillips, spokesman for Idaho Fish and Game, said he wasn’t aware of the ruling and did not have an immediate comment.

Prior to Christensen handing down Thursday’s order, Wyoming officials said they were willing to make adjustments to the state’s hunting season, but placed a condition on doing so. Erik Petersen, Wyoming’s senior assistant attorney general suggested the judge leave Wyoming, Montana and Idaho in charge of managing the bears — even if he decides the U.S. Fish and Wildlife Service needs to revise its rule declassifying grizzlies as threatened.

“The likelihood of any significant harm to the population is essentially nil,” Petersen said.

Department of Justice attorneys said the Fish and Wildlife Service considered all the plaintiffs’ arguments and proceeded with lifting protections because there was no threat of extinction to the bears now or in the foreseeable future.

Petersen and attorneys representing Montana and Idaho said the people most affected will be the farmers and ranchers who live in grizzly territory and have increasing conflicts with bears attacking livestock. Those people have been cooperative with conservation efforts, but that attitude may change if federal protections are restored, they said.

The population of grizzlies living in Yellowstone was classified as a threatened species in 1975, when its number had fallen to 136. The Fish and Wildlife Service initially declared a successful recovery for the Yellowstone population in 2007, but a federal judge ordered protections to remain in place while wildlife officials studied whether the decline of a major food source, whitebark pine seeds, could threaten the bears’ survival.

In 2017, the federal agency concluded that it had addressed all threats, and ruled that the grizzlies were no longer a threatened species needing restrictive federal protections.

That prompted six lawsuits challenging the agency’s decision. Those lawsuits have been consolidated into one case that Christensen heard on Thursday.

Idaho’s hunting quota is one bear. Wyoming’s hunt is in two phases: Sept. 1 opens the season in an outlying area with a quota of 12 bears, and Sept. 15 starts the season in prime grizzly habitat near Yellowstone and Grand Teton national parks. One female or nine males can be killed in those areas.

It would be Wyoming’s first grizzly hunt since 1974 and Idaho’s first since 1946. Twelve hunters in Wyoming and one in Idaho have been issued licenses out of the thousands who applied.

Montana officials decided not to hold a hunt this year. Montana held grizzly hunts until 1991 under an exemption to the federal protections that allowed 14 bears to be killed each fall.

Bear hunting is not allowed in Yellowstone or Grand Teton.