The Latest: Bill Clinton and Stevie Wonder seen at funeral 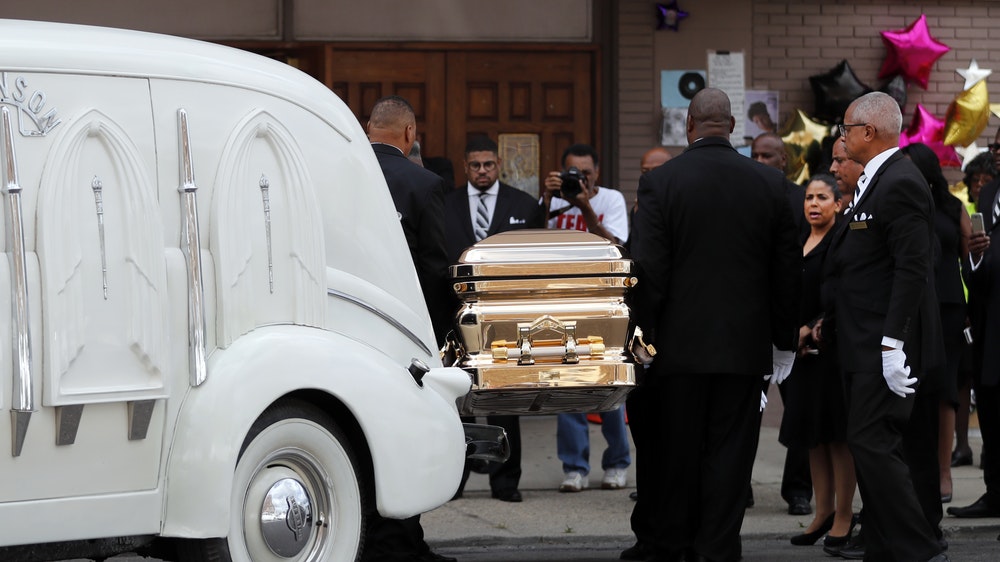 DETROIT — The Latest on the funeral for soul legend Aretha Franklin (all times local):

Floral arrangements from such singers as Barbra Streisand and Tony Bennett and from the family of Otis Redding were set up in a hallway outside the sanctuary.

Franklin’s white hearse arrived more than two hours before the service was scheduled to start.

Aretha Franklin is dressed in a sparkling full-length gold dress with sequined heels for her final outfit.

Mourners got a glimpse of the Queen of Soul before her funeral Friday during an open casket viewing at the Greater Grace Temple. The gold dress is the fourth outfit Franklin has worn during a week of events leading up to her funeral.

Franklin was dressed head to heel in red for her first public viewing on Tuesday, a nod to her membership in the sorority Delta Sigma Theta. She wore a baby blue dress on Wednesday and a rose gold gown for a viewing Thursday at the Detroit church where her father was the longtime pastor.

Numerous floral arrangements from celebrities including Sam Moore, Mariah Carey, Barbra Streisand and the family of Otis Redding were set up in a hallwayoutside the sanctuary.

Moore’s arrangement included a card that read, “You know I always adored and loved you to bits and pieces … Even when we would fuss.”

Aretha Franklin’s body has arrived at a Detroit church where her funeral is being held Friday.

Franklin’s white hearse arrived more than two hours before the service is scheduled to start at 10 a.m. Eastern.

Fans have been lined up for hours outside the Greater Grace Temple awaiting the chance to attend the service, which will feature performances by Stevie Wonder, Ariana Grande, Jennifer Hudson and speeches by former President Bill Clinton, the Rev. Jesse Jackson and Smokey Robinson.

Among those honoring Franklin Friday are about two dozen owners of Pink Cadillacs who arrived at the church early Friday. The tribute is a nod to Franklin’s funky ’80s tune, “Freeway of Love,” which prominently featured the car in the lyrics and video.

Organizers of Aretha Franklin’s funeral insist it will be a spirit-filled service, not a show. Yet there’s no denying the star-power attending the Queen of Soul’s final send-off.

Greater Grace’s Bishop Charles Ellis III says he wants all — even the famous — to leave with a “spiritual awakening.”

Still, the get-down and uplift can certainly coexist.

Another performer, gospel artist Marvin Sapp, expects “an eye-opening experience.” He adds the “dearly departed” want a celebration to mark their transition “from this life to a better one.”