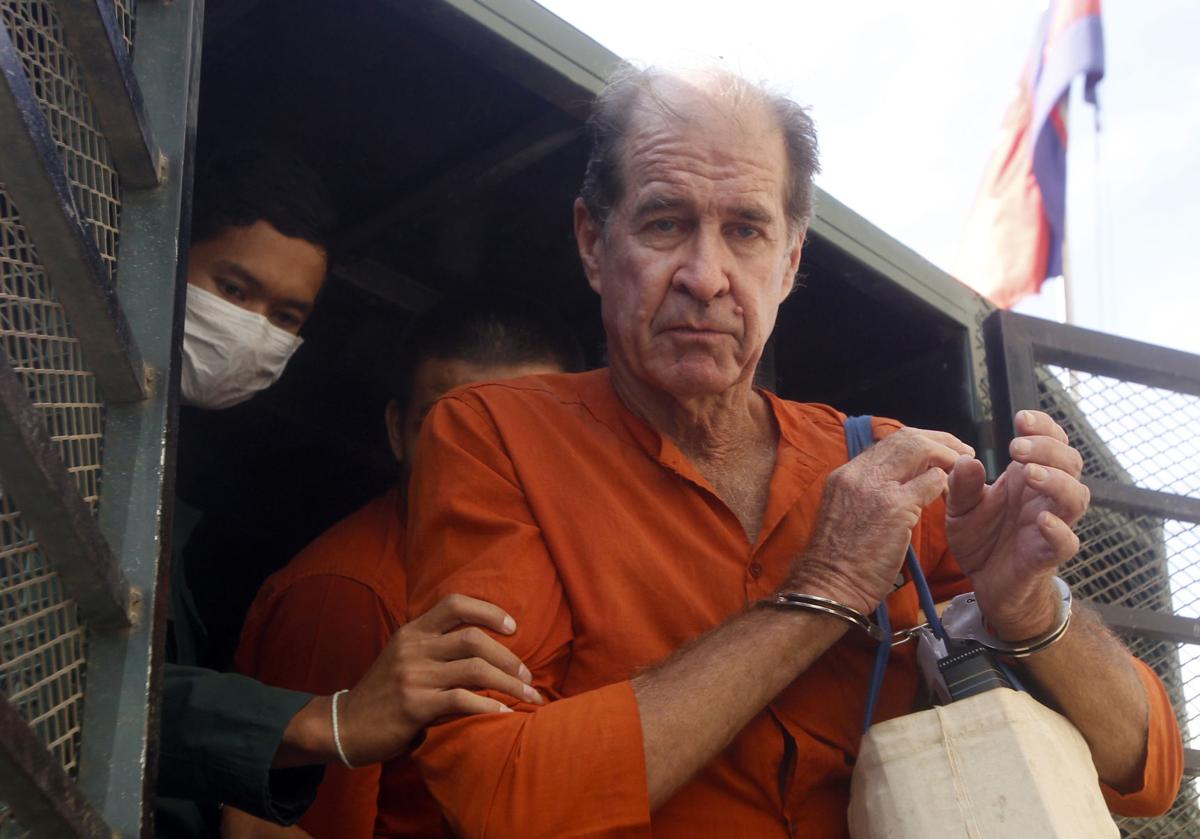 PHNOM PENH, Cambodia — The Latest on an Australian filmmaker’s trial in Cambodia on a national security charge (all times local):

The family of an Australian filmmaker convicted of spying in Cambodian hopes future developments may see his release.

James Ricketson was sentenced to six years in prison after being accused of spying for a foreign power that was never specified. He was arrested last year after flying a drone over a political rally, and authorities have suggested he was working for the opposition party. He has said his only contacts with the party were journalistic in nature while he was working on a documentary.

Jesse Ricketson said, “We’re hoping and praying for generosity and leniency and compassion to be shown to my father in this situation.”

Human Rights Watch has blasted a Cambodian court’s spying conviction of an Australian filmmaker as an injustice.

James Ricketson was convicted Friday and sentenced to six years in prison after flying a drone over a political rally last year.

Phil Robertson, the deputy Asia director of the human rights group says the trial exposed everything that’s wrong with Cambodia’s justice system: “ridiculously excessive charges, prosecutors with little or no evidence, and judges carrying out political orders from the government.”

An Australian filmmaker convicted of spying in Cambodia has left court after the verdict and against questioned the basis of the case against him.

James Ricketson was convicted Friday and sentenced to six years in prison though prosecutors have never named the foreign country for which he allegedly spied.

As the prison van left after the verdict, Ricketson shouted to reporters: “Who am I spying for?’

Ricketson was detained last year after flying a drone to photograph an opposition party political rally. Prosecutors have also indicated he was suspected of working for the opposition party.

A judge in Cambodia has convicted Australian filmmaker James Ricketson of spying and sentenced him to six years in prison.

Ricketson was detained last year after flying a drone to photograph an opposition party political rally.

The charge of endangering national security is tantamount in legal terms to espionage, but prosecutors never named the foreign power for which he allegedly spied.

Cambodia has shown leniency recently against jailed critics or opponents of Prime Minister Hun Sen’s government, which had raised hopes Ricketson would be freed.

An Australian filmmaker has arrived at a Cambodian court to hear his verdict on a security charge that carries up to 10 years in prison.

James Ricketson arrived alone in a prison van Friday. From a court waiting room, he told The Associated Press, “I hope I am free today and I could go home.”

He has been held since June last year when he was detained after flying a drone to photograph an opposition party political rally.

The charge against Ricketson is tantamount in legal terms to espionage, but prosecutors never specified which foreign power he allegedly spied for.