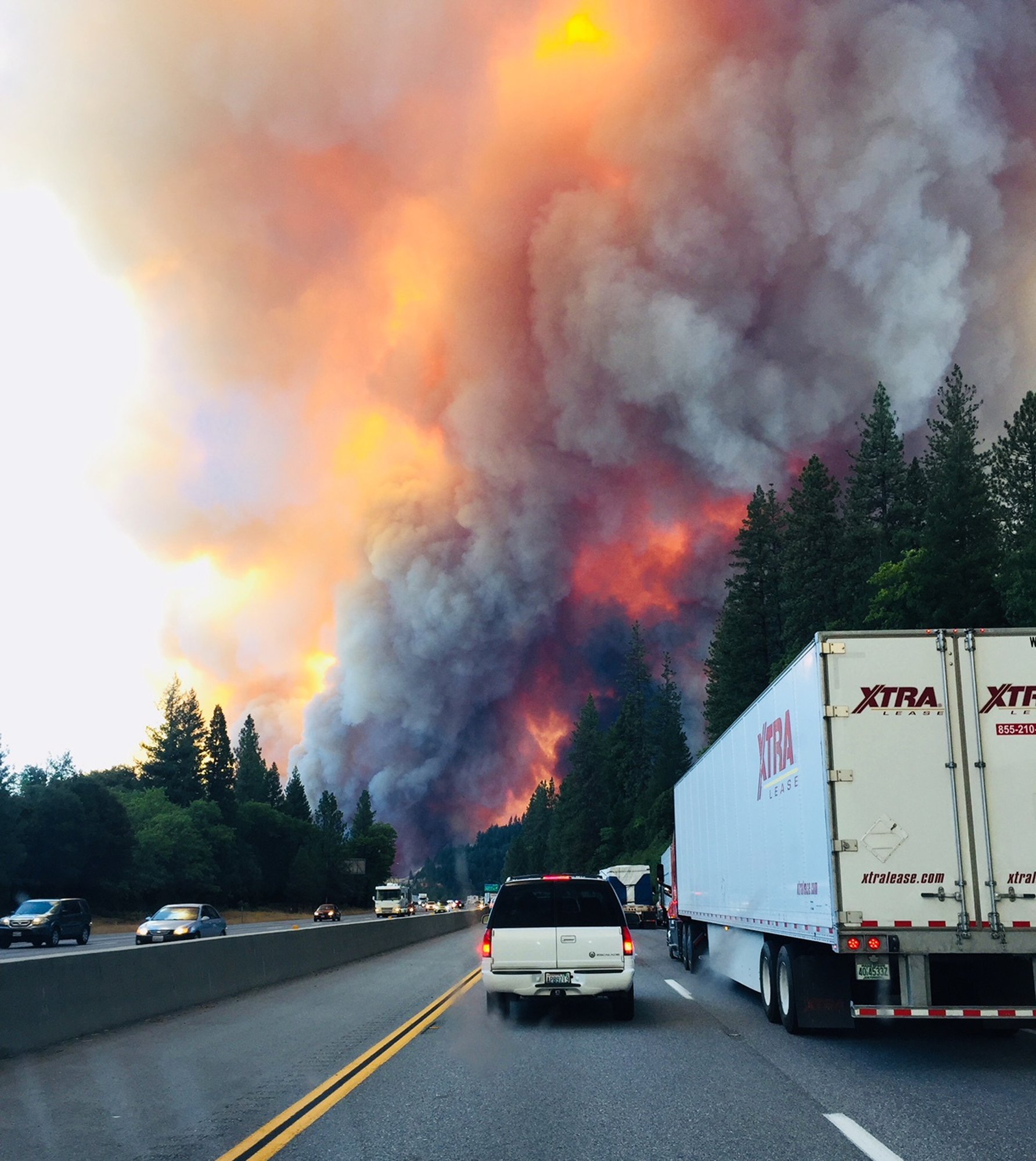 REDDING, Calif. — An explosive wildfire closed down dozens of miles of a major California freeway only weeks after a nearby blaze that left neighborhoods in ruins and killed eight people.

The Delta Fire erupted Wednesday afternoon and within hours had devoured nearly 8 square miles (21 square kilometers) of timber and brush on both sides of Interstate 5 near the Oregon state line.

The blaze was human-caused, fire officials said, but they didn’t indicate whether it was arson or accident.

Truckers abandoned their vehicles as flames roared up hillsides. In a video, a passenger in a vehicle screams: “Oh my God, I want to go!” as trees burst into flames and sheets of fire roiled on the side of the roadway.

U.S. Forest Service workers helped the driver of one flaming truck to safety and other truckers, firefighters and others aided other drivers, he said.

“There’s vehicles scattered all over,” Brandon Vaccaro with the California Department of Forestry and Fire Protection told the Redding Record Searchlight. “Whatever occurred here was probably pretty ugly for a while.”

About 45 miles (72 kilometers) of the I-5 were closed in both directions, said Chris Losi, a spokesman for the Shasta-Trinity National Forest. The road remained closed through Wednesday night and there was no immediate word on when the lanes would reopen.

Scattered rural homes and cabins in and around the forest were under evacuation orders, from the community Lakehead north to the Siskiyou County line, Losi said.

The fire was showing “critical’ behavior — burning fiercely and moving rapidly — but was still far away from any large towns, he added.

The city of Dunsmuir, with about 1,500 people, was about 15 miles (24 kilometers) from the fire. Residents were issued an evacuation warning, urging them to be prepared to leave if the fire threatened.

A nearby fire in the Redding area burned some 1,100 homes and killed eight people last month. It was only fully contained last week.