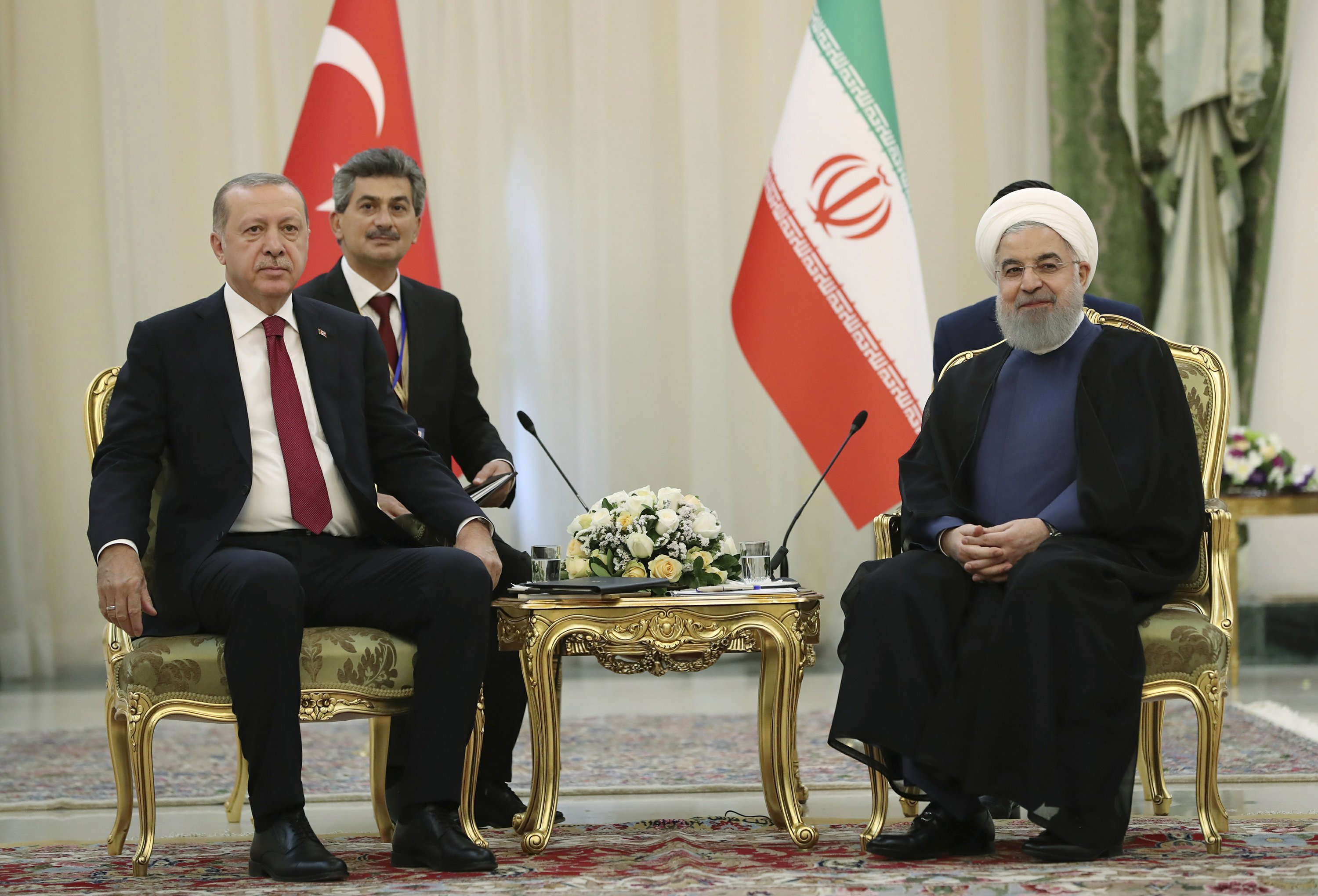 TEHRAN, Iran — The presidents of Iran, Russia and Turkey met in a high stakes summit in Tehran on Friday to discuss the future of Syria as a bloody military operation looms in the last rebel-held area of the war-ravaged nation, each laying out terms and issues on the battlefield most critical to their own concerns.

Turkey’s president appealed for a cease-fire in Syria’s Idlib, saying a government offensive in the northwestern province would be a national security threat to his country and unleash a humanitarian catastrophe.

His call appeared to be at odds with statements by Russian President Vladimir Putin who said the Syrian government “has the right” to regain control over all Syrian territory, including Idlib.

The two leaders, along with Iranian President Hassan Rouhani spoke at a summit meeting in Tehran to discuss the future of Syria as a bloody military operation looms in the last rebel-held area of the war-ravaged nation.

“Idlib isn’t just important for Syria’s future, it is of importance for our national security and for the future of the region,” Turkish President Recep Tayyip Erdogan said.

“Any attack on Idlib would result in a catastrophe. Any fight against terrorists requires methods based on time and patience,” he added, saying “we don’t want Idlib to turn into a bloodbath.

“We must find a reasonable way out for Idlib,” he said.

Putin reiterated Russia’s stance that Assad’s government should be able to regain control of all of Syria.

“We should think together over all aspects of this complicated issue,” Putin said, speaking of Idlib. “We should solve this issue together and (we should) all realize that the legitimate Syrian government has the right and eventually should be able to regain control of all of its territory.”

Reacting to Erdogan’s proposal for the joint communique to call for a cease-fire in Idlib, Putin said “a cease-fire would be good” but indicated that Moscow does not think it will hold.

For his part, Rouhani demanded an immediate withdrawal by American forces in the country. The U.S. has some 2,000 troops in Syria. He added that “we have to force the United States to leave,” without elaborating.

“The fires of war and bloodshed in Syria are reaching their end,” Rouhani said, while adding that terrorism must “be uprooted in Syria, particularly in Idlib.”

Each of the three nations has its own interests in the yearslong war in Syria. 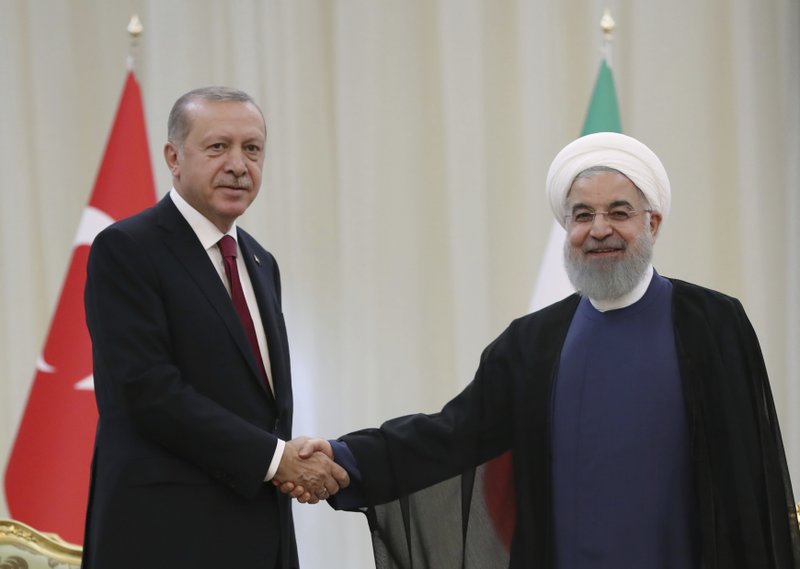 Iran wants to keep its foothold in the Mediterranean nation neighboring Israel and Lebanon. Turkey, which backed opposition forces against Syrian President Bashar Assad, fears a flood of refugees fleeing a military offensive and destabilizing areas it now holds in Syria. And Russia wants to maintain its regional presence to fill the vacuum left by America’s long uncertainty about what it wants in the conflict.

Northwestern Idlib province and surrounding areas are home to about 3 million people — nearly half of them civilians displaced from other parts of Syria. That also includes an estimated 10,000 hard-core fighters, including al-Qaida-linked militants.

For Russia and Iran, both allies of the Syrian government, retaking Idlib is crucial to complete what they see as a military victory in Syria’s civil war after Syrian troops recaptured nearly all other major towns and cities, largely defeating the rebellion against Assad.

A bloody offensive that creates a massive wave of death and displacement, however, runs counter to their narrative that the situation in Syria is normalizing, and could hurt Russia’s longer-term efforts to encourage the return of refugees and get Western countries to invest in Syria’s postwar reconstruction.

For Turkey, the stakes couldn’t be higher. Turkey already hosts 3.5 million Syrian refugees and has sealed its borders to newcomers. It has also created zones of control in northern Syria and has several hundred troops deployed at 12 observation posts in Idlib. A government assault creates a nightmare scenario of potentially hundreds of thousands of people, including militants, fleeing toward its border and destabilizing towns and cities in northern Syria under its control.

Naji al-Mustafa, a spokesman for the Turkey-backed National Front for Liberation, said Friday his fighters were prepared for a battle that they expect will spark a major humanitarian crisis.

“The least the summit can do is to prevent this military war,” he said.

Turkey also doesn’t want to see another Kurdish-controlled area rise along its border, as it already faces in northern Iraq.