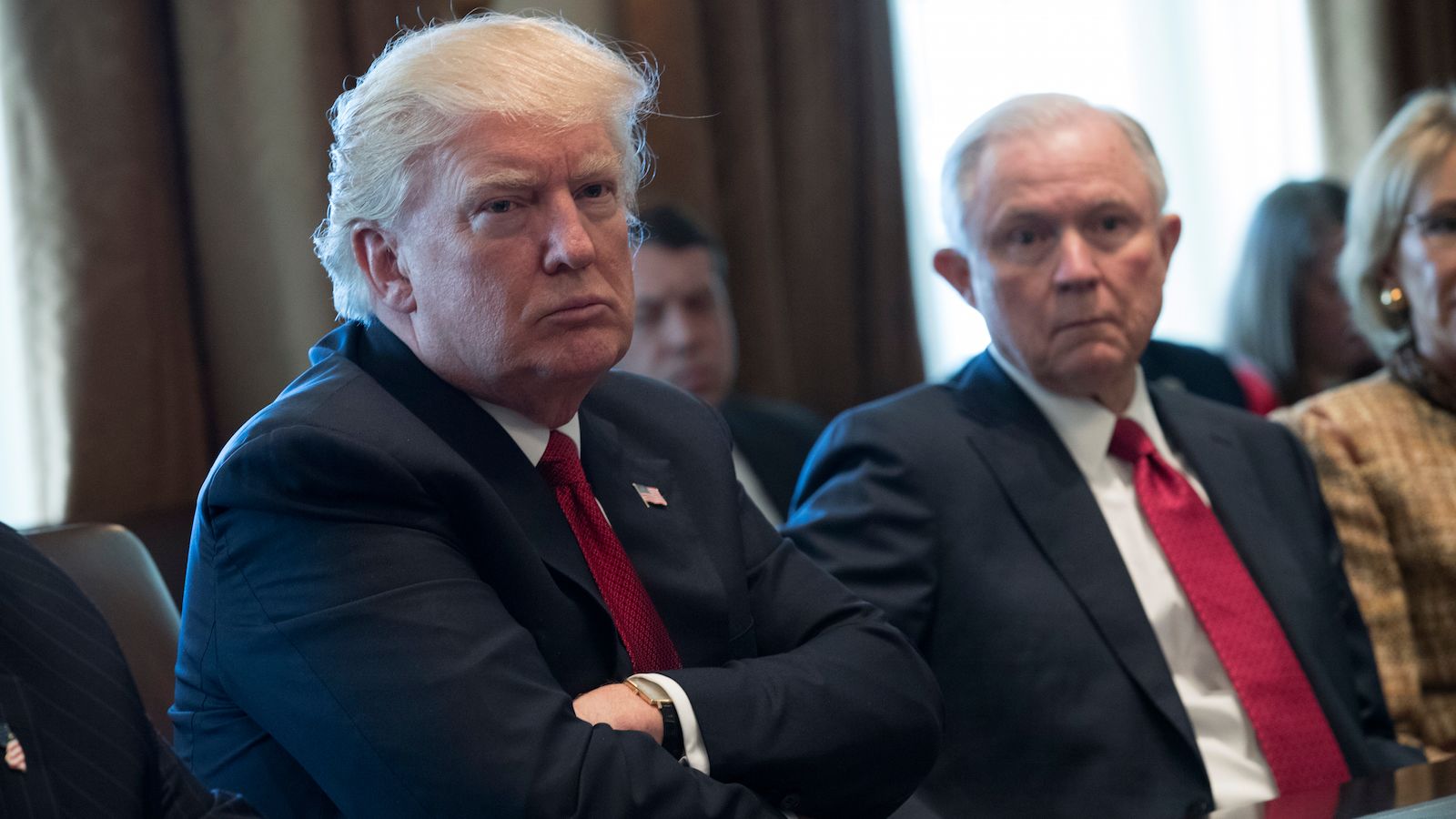 WASHINGTON — The Latest on President Donald Trump and an anonymous op-ed in The New York Times (all times local):

Trump says in an interview Friday with reporters aboard Air Force One that he believes the opinion piece critical of his leadership is a “national security” issue.

Asked if he would take any action against the Times, Trump says “we’re going to see, I’m looking at that right now.”

Adds Trump: “We’re going to take a look at what he had, what he gave, what he’s talking about also where he is right now.”

Trump says if the person had a high-level security clearance, “I don’t want him in those meetings.”

Trump reiterated that it was a “disgrace” that the Times would publish the piece.

One after another, President Donald Trump’s top lieutenants have stepped forward to declare, “Not me.”

They lined up to deny writing an incendiary New York Times opinion piece that was purportedly submitted by a member of an administration “resistance” movement straining to thwart Trump’s most dangerous impulses.

By email, by tweet and on camera, the denials paraded in from Cabinet-level officials — and even Vice President Mike Pence on Thursday — apparently crafted for an audience of one, seated in the Oval Office.

Senior officials in key national security and economic policy roles charged the article’s writer with cowardice, disloyalty and acting against America’s interests in harsh terms that mimicked the president’s own words.