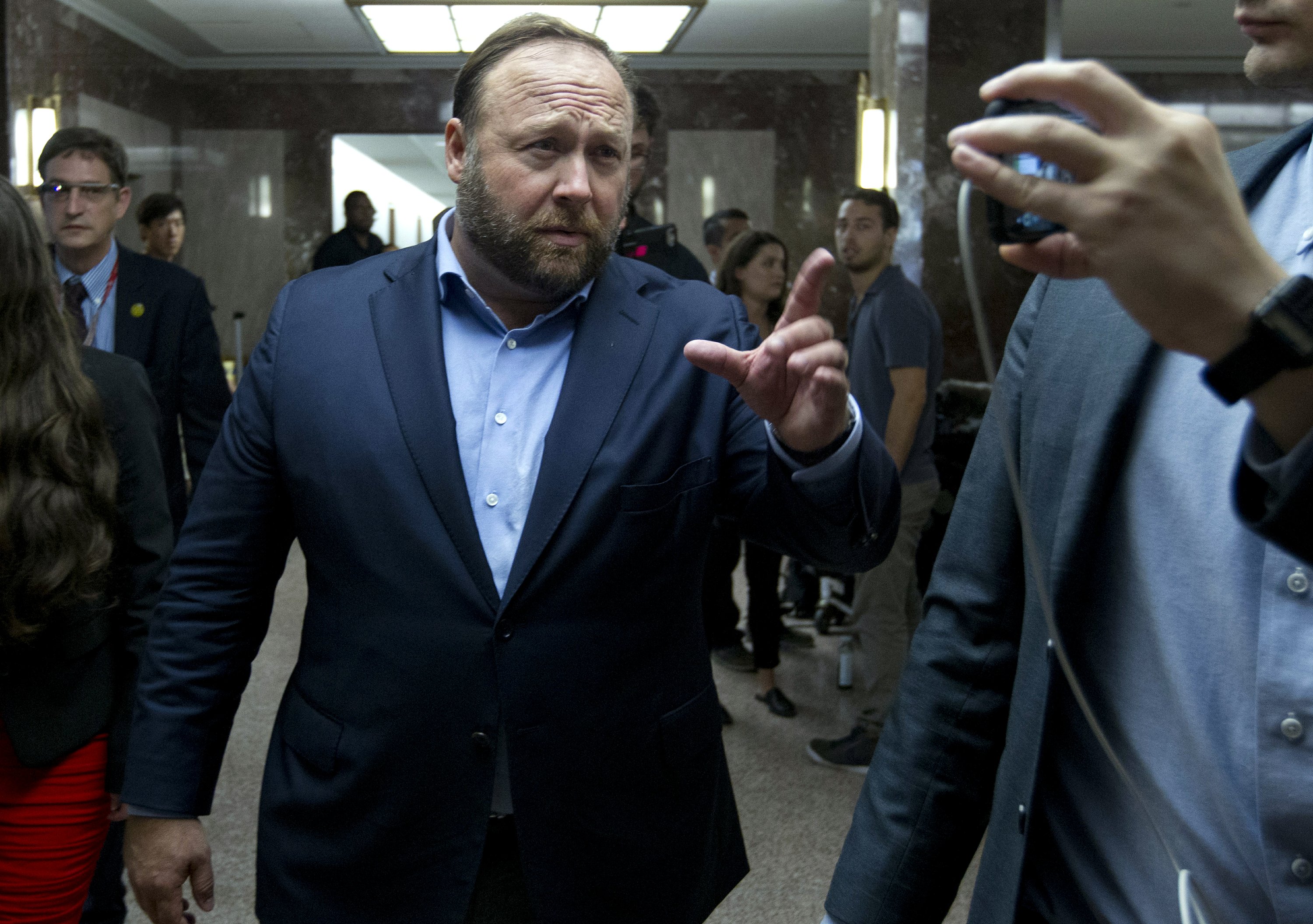 NEW YORK — Twitter’s decision to permanently ban conspiracy-slinger Alex Jones shows it’s serious about enforcing its policy against abuse. But it has a long way to go.

Along with Facebook and other tech companies, Twitter sees promise in using artificial intelligence to rid its service of objectionable posts, photos and videos.

To this end, CEO Jack Dorsey said repeatedly during congressional hearings on Wednesday that he does not want to place the burden of reporting abuse on the victims. Instead, he said Twitter is committed to developing automated tools that could delete abusive posts even without an actual person making a complaint, which is the only way Twitter takes down such posts now.

But as the Alex Jones ban shows, even the human moderators that social media companies employ have trouble drawing clear lines around what counts as harassment and abuse rather than humor or healthy debate. How could artificial intelligence do better, when it is still well behind humans in understanding the nuances of language?

Facebook, meanwhile, has yet to remove similar videos from Jones’s personal page, even though it has banned Infowars and other pages owned by Jones last month and suspended Jones himself for 30 days, a time-out that has just ended. Facebook said it will continue to review complaints and take action in line with its community standards, but the company didn’t say why Jones is still allowed on the service.

On Twitter and elsewhere, Jones has behaved badly before — calling survivors of a shooting in Parkland, Florida, “crisis actors” and saying the mass killing at Sandy Hook Elementary in 2012 was fake. Videos of the latest exchange show Jones calling Darcy “a possum that climbed out of the rear end of a dead cow,” referencing his “skinny jeans” and repeatedly saying, “just look at this guy’s eyes” and “look at that smile.”

Twitter had previously suspended Jones for a week, but had resisted muzzling him further until now. One of Twitter’s executives once called the service the “free speech wing of the free speech party.” Other tech companies, including YouTube, Apple and Spotify, have limited Jones by suspending him for longer periods and by taking down his pages and podcasts.

But this time, Twitter went a step further, saying it will continue to monitor reports about other accounts potentially associated with Jones or Infowars and will “take action” if it finds any attempts to circumvent the ban.

In a voicemail left with The Associated Press, Jones expressed disbelief that the incident with Darcy could have led to his ban. “He says horrible lies about me and edits things I’ve said,” Jones said. “He’s the one that’s been abusing me.”

Darcy referred questions to a CNN spokeswoman, who offered no comment.

Democratic U.S. Rep. Frank Pallone of New Jersey praised Twitter’s action in a tweet. “Glad Twitter is taking steps to put an end to the abusive behavior from Alex Jones & Infowars,” the tweet stated. “Tweets designed to threaten, belittle, demean and silence individuals have no place on this platform.”

Critics said there was still a lack of transparency about how large services carry out their policies. Media Matters for America, a nonprofit dedicated to criticizing conservative media outlets, said the move was “about time” but also noted the behavior was “par for the course” for Jones.

David Greene, civil liberties director for the Electronic Frontier Foundation, said Jones’ ban is almost a distraction to a real debate he believes people should have about how posts should be moderated on services controlled by just a few giant companies.

“Whether the stuff he posted yesterday really crossed the line, as opposed to other stuff, I don’t know,” Greene said.

The EFF believes that social media companies should disclose the number of enforcement actions and offer clear explanations to people on when and why their posts are removed. The group also believes there should be an appeal process.

Jones heckled Darcy in a Capitol Hill hallway where reporters were waiting to enter the House hearing room at which Dorsey was to appear. Earlier that day, Jones apparently attempted to chase Dorsey out of the building.

On his Facebook page, Jones has posted a video that included some of the exchange with Darcy Thursday afternoon. Posts later in the afternoon acknowledged his ban on Twitter and urged his followers to find him elsewhere online.