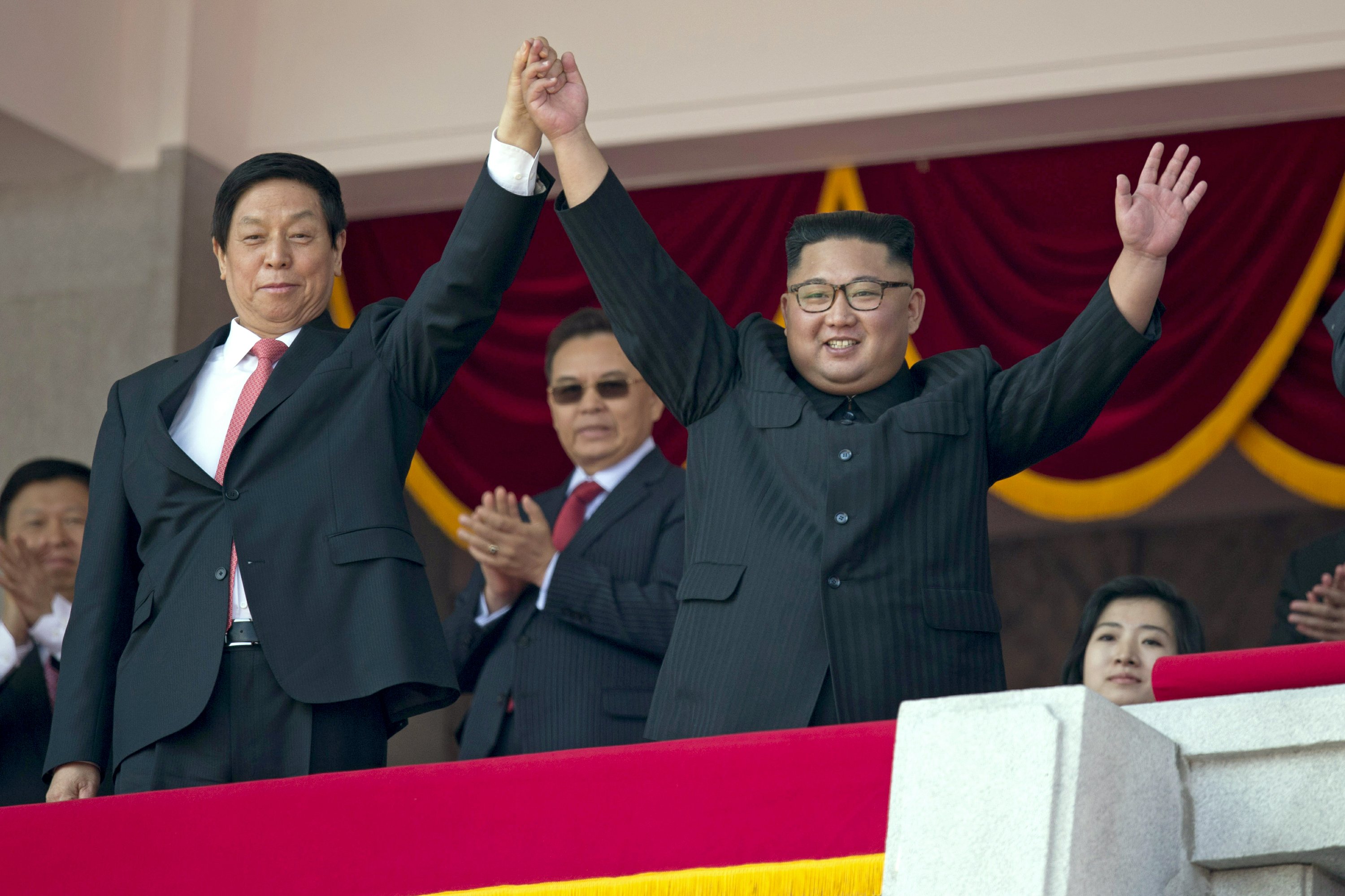 PYONGYANG, North Korea — North Korea staged a huge military parade on Sunday to mark its 70th anniversary as a nation but held back its most advanced missiles and devoted nearly half of the parade to civilian efforts to build the domestic economy.

Kim attended the morning parade but did not address the assembled crowd, which included the head of the Chinese parliament and high-level delegations from countries that have friendly ties with the North.

Senior statesman Kim Yong Nam, the head of North Korea’s parliament, set the relatively softer tone for the event with an opening speech that emphasized the economic goals of the regime, not its nuclear might.

After a truncated parade featuring tanks, fewer than the usual number of missiles and lots of goose-stepping units from all branches of the military, along with some students and others, the focus switched to civilian groups, ranging from nurses to construction workers, many with colorful floats beside them.

Although North Korea stages military parades almost every year, and held one just before the Olympics began in South Korea in February this year, Sunday’s parade came at a particularly sensitive time.

Kim’s effort to ease tensions with President Donald Trump have stalled since their June summit in Singapore. Both sides are now insisting on a different starting point. Washington wants Kim to commit to denuclearization first, but Pyongyang wants its security guaranteed and a peace agreement formally ending the Korean War.

With tensions once again on the rise, a parade featuring the very missiles that so unnerved Trump last year, and led to a dangerous volley of insults from both leaders, could be seen as a deliberate provocation.

The North displayed its latest missilery in the February parade, however, and Washington hardly batted an eye.

Soon after the Sunday celebrations end, Kim will once again meet in Pyongyang with South Korean President Moon Jae-in to discuss ways to break the impasse over his nuclear weapons.

The “new line” of putting economic development first has been Kim’s top priority this year. He claims to have perfected his nuclear arsenal enough to deter U.S. aggression and devote his resources to raising the nation’s standard of living.

The mass games involve tens of thousands of people holding up placards or dancing in precise unison and are intended to be a display of national unity. This year’s spectacle — tickets start at just over $100 and go up to more than $800 per seat — also has a strong economic theme.

The economy was also a big part of a concert held on the eve of the anniversary for foreign dignitaries and a large foreign media contingent allowed in for the events.