Florence expected to become hurricane, head to southeast US 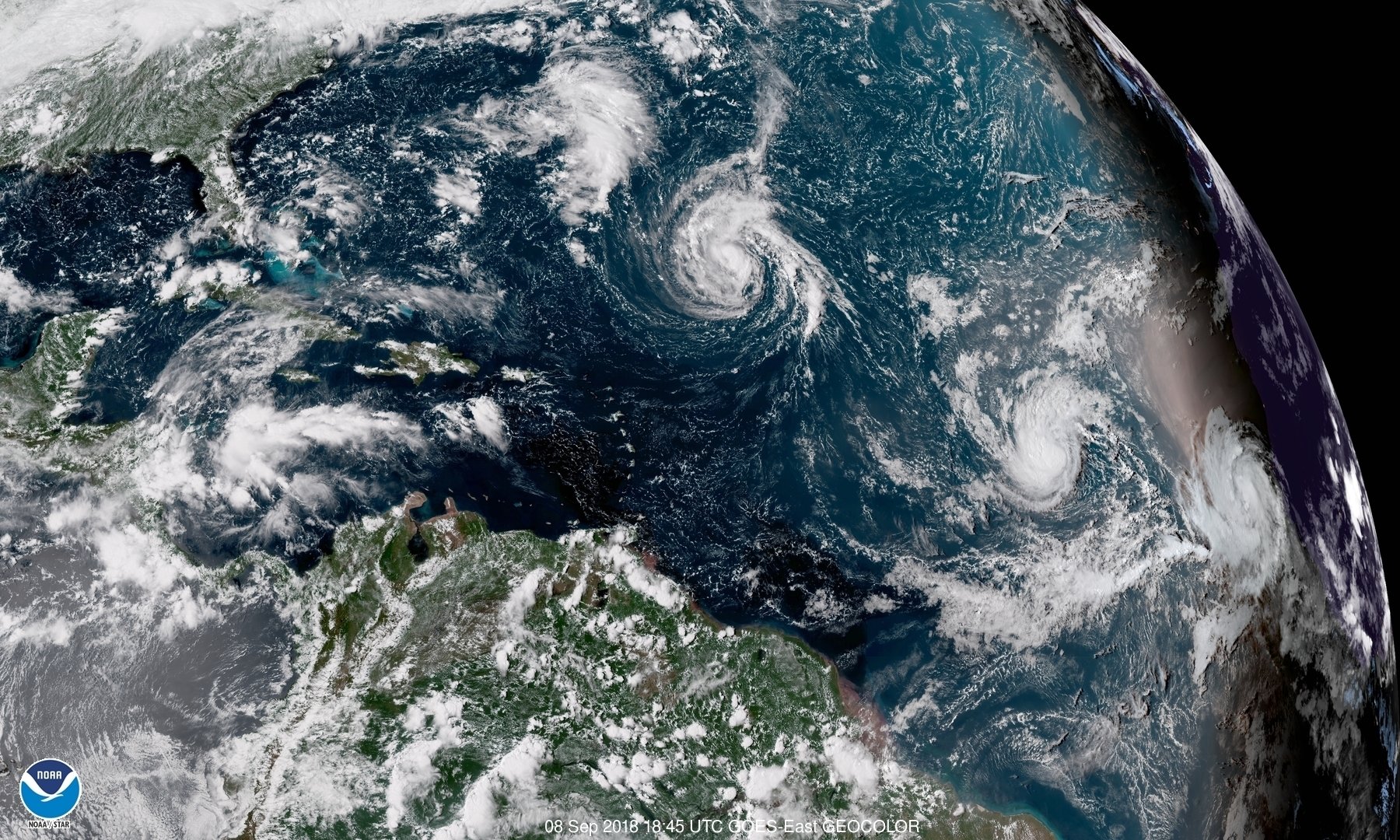 ATLANTA — The U.S. East Coast could be hit with a powerful hurricane next week as Tropical Storm Florence continues to strengthen as it moves toward the mainland, forecasters said Saturday.

Florence is expected to become a major hurricane by Monday, the National Hurricane Center said, adding that “a rapid intensification” is forecast to begin Sunday.

The storm is forecast to become a “major hurricane” Monday, travel between Bermuda and the Bahamas on Tuesday and Wednesday before approaching the southeastern U.S. coast on Thursday, the Miami-based weather center said.

Officials in the Carolinas warned residents to prepare and to brace for impact.

Governors in both South Carolina and Virginia declared a state of emergency Saturday to give their states time to prepare for the possible arrival of the storm. South Carolina Gov. Henry McMaster emphasized that there’s no way to know yet when and where the storm will hit land, or when evacuations might be called.

On Friday, North Carolina Gov. Roy Cooper declared a state of emergency and urged residents to use the weekend to prepare for the possibility of a natural disaster.

“We are entering the peak of hurricane season and we know well the unpredictability and power of these storms,” Cooper said.

The U.S. Navy is making preparations this weekend for its ships in the Hampton Roads area to leave port. The U.S. Fleet Forces Command said in a news release Saturday that the ships will get ready in anticipation of getting under way Monday to avoid storm damage.

Adm. Christopher Grady said in a statement that the decision was based on Florence’s current track, which indicates the area could see strong sustained winds and storm surges.

The news release notes that plans could change if forecasts indicate a decrease in the strength or change in the track of the storm.

Swells generated by Florence are affecting Bermuda and starting to reach parts of the Eastern Seaboard, the National Weather Service said.

At 5 a.m. EDT, the hurricane center said Florence’s maximum sustained winds were estimated to be 70 mph (110 kph). The storm was centered about 765 miles (1,235 kilometers) southeast of Bermuda and moving west at 6 mph (9 kph).