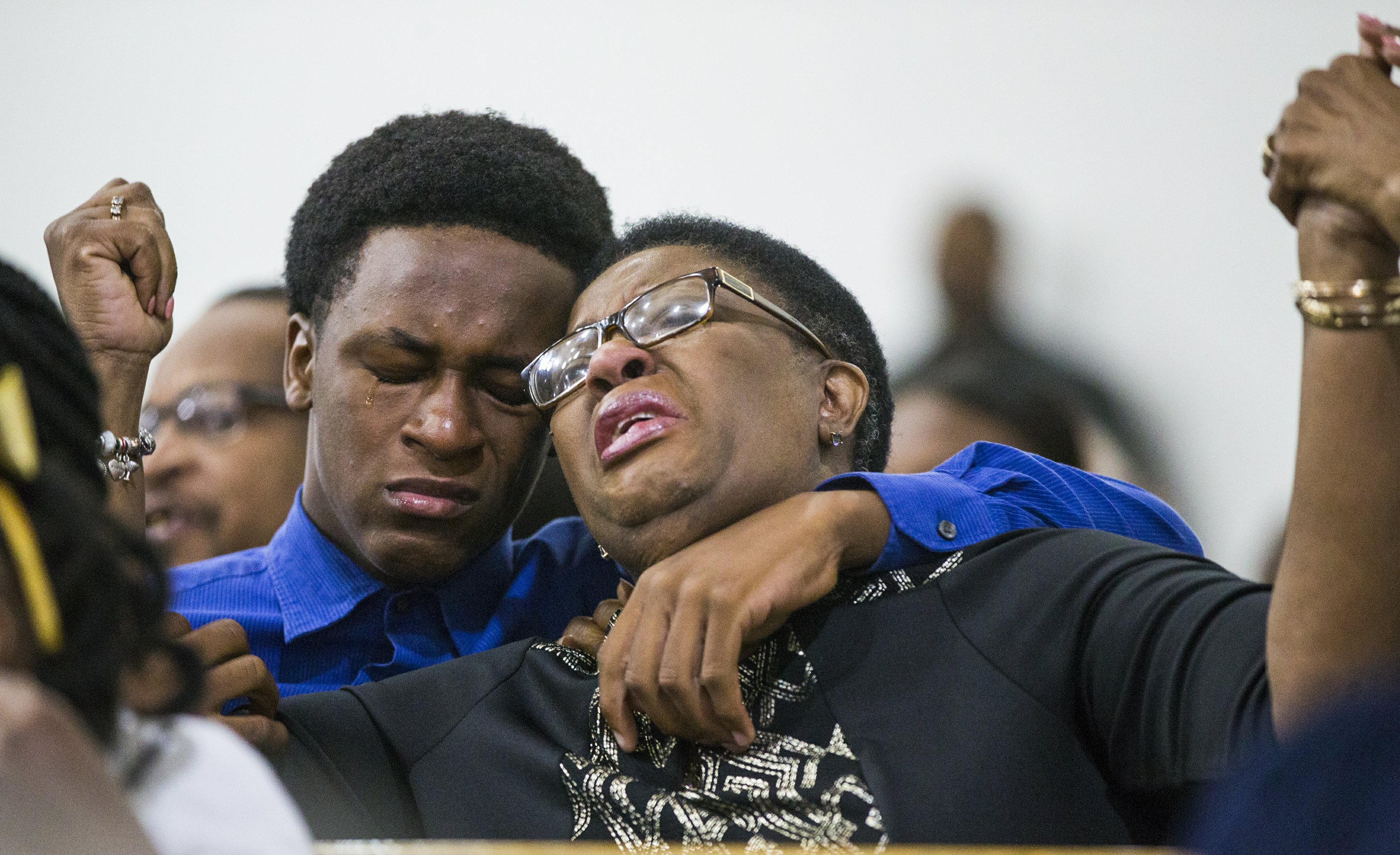 The #MeToo era with a strong movement fighting sexual misconduct fells Leslie Moonves, one of the TV industry’s most powerful executives.

2. FEARSOME HURRICANE COULD STRIKE US SOUTHEAST

Florence, forecast to be a Category 4 storm, could strike a direct and dangerous blow anywhere from the Carolinas to the Mid-Atlantic region later this week.

A two-month sprint to Election Day will test Democrats’ ability to harness opposition to Trump and determine whether the GOP president can get his supporters to the polls.

4. MISFIRE: WHO HAD A STRANGE ROUTE FROM RUSSIA TO US JAIL

Maria Butina’s far-fetched bid to liberalize gun rights in Russia flamed out and by the time she arrived in Washington in 2014 to network with the NRA, she was peddling a Russian gun rights movement that was already dead.

Two of the country’s rival blocs fail to secure a governing majority in elections that saw a boost for a far-right party amid discontent with large-scale immigration.

A white Dallas police officer is being tested for alcohol and drugs after she says she mistook her black neighbor’s apartment for her own when she fatally shot him.

Some who moved away after the Sept. 11 attacks tell AP they sought a safer place to live, others simply re-evaluated what they wanted from life.

Some 20 indie groups and DJs dropped out of the Meteor Festival, reflecting what some say is growing opposition to Israeli policies among international millennials.

Nia Imani Franklin’s triumph in the first swimsuit-less contest resurrects a string of successes the Empire State has had in the pageant in recent years.

10. WHAT HASN’T HAPPENED IN A CENTURY

Aaron Rodgers returns from a first-half knee injury to lead the Packers to their biggest fourth-quarter comeback in franchise history, 24-23 over the Bears.