Serena Williams fined $17K for rules violations at US Open 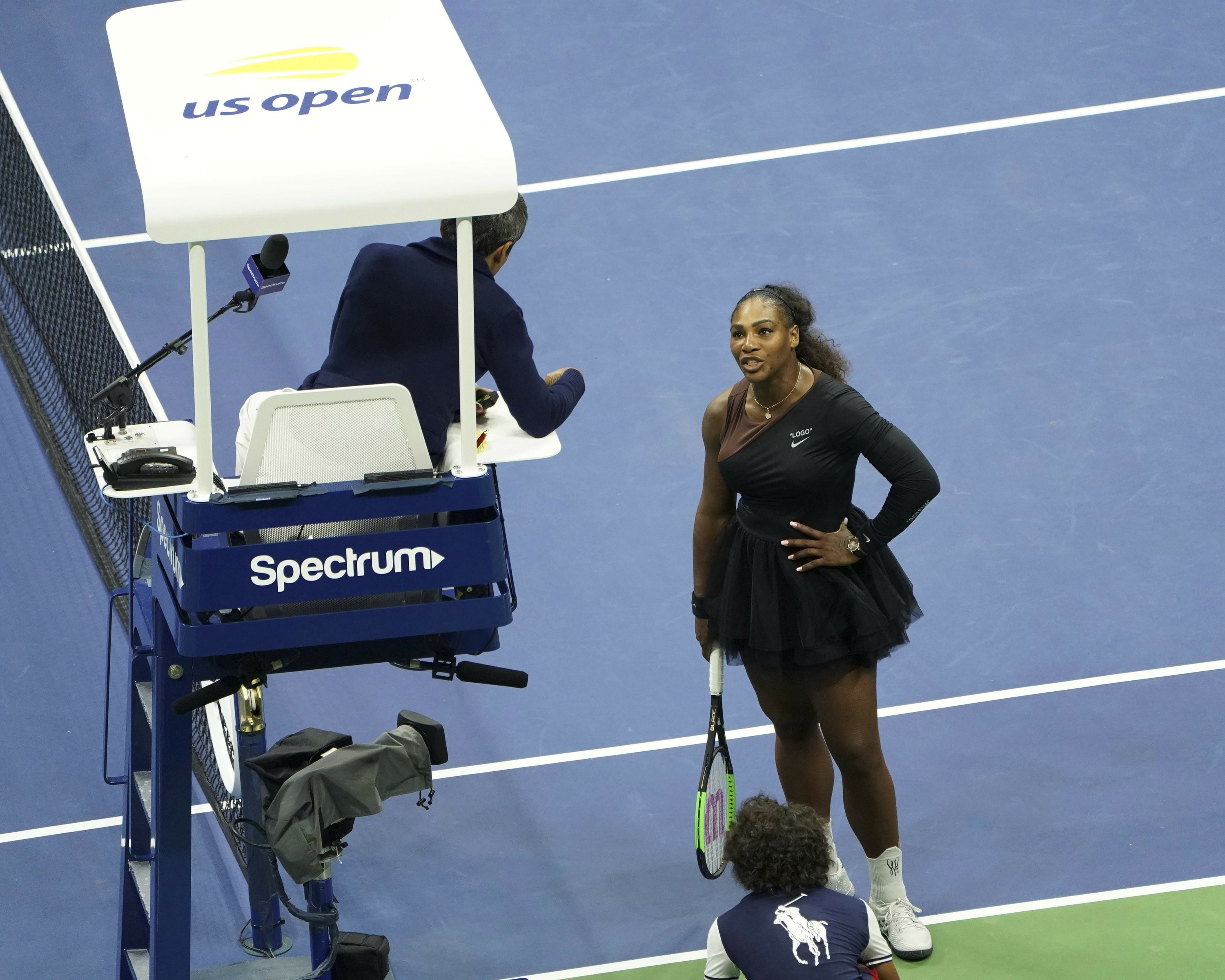 NEW YORK — Serena Williams was fined a total of $17,000 for three code violations during her loss to Naomi Osaka in the U.S. Open final.

On Sunday, a day after the match, the tournament referee’s office docked Williams $10,000 for “verbal abuse” of chair umpire Carlos Ramos, $4,000 for being warned for coaching, and $3,000 for breaking her racket.

The money comes out of her prize money of $1.85 million as the runner-up to Osaka, whose 6-2, 6-4 victory on Saturday made her the first tennis player from Japan to win a Grand Slam singles title

In the second set’s second game, Ramos warned Williams for getting coaching, which is against the rules in Grand Slam matches. She briefly disputed that ruling, saying cheating “is the one thing I’ve never done, ever” — although afterward, her coach, Patrick Mouratoglou, acknowledged he was trying to send Williams a signal.

A few games later, Williams received another warning, this time for smashing her racket, and that second violation automatically cost her a point, leading to more arguing. Eventually, Williams called Ramos “a thief,” drawing the third violation for “verbal abuse” — and costing her a game, putting Osaka ahead 5-3.

“I have never cheated in my life!” Williams told Ramos. “You owe me an apology.”

Under Article III, Section P of the Grand Slam Rule Book, “verbal abuse” is defined as “a statement about an official, opponent, sponsor, spectator or other person that implies dishonesty or is derogatory, insulting or otherwise abusive.” The section says a player is subject to a fine up to $20,000 for each violation.

There are separate categories for coaching (“Communications of any kind, audible or visible, between a player and a coach may be construed as coaching”) and for abuse of rackets or equipment.