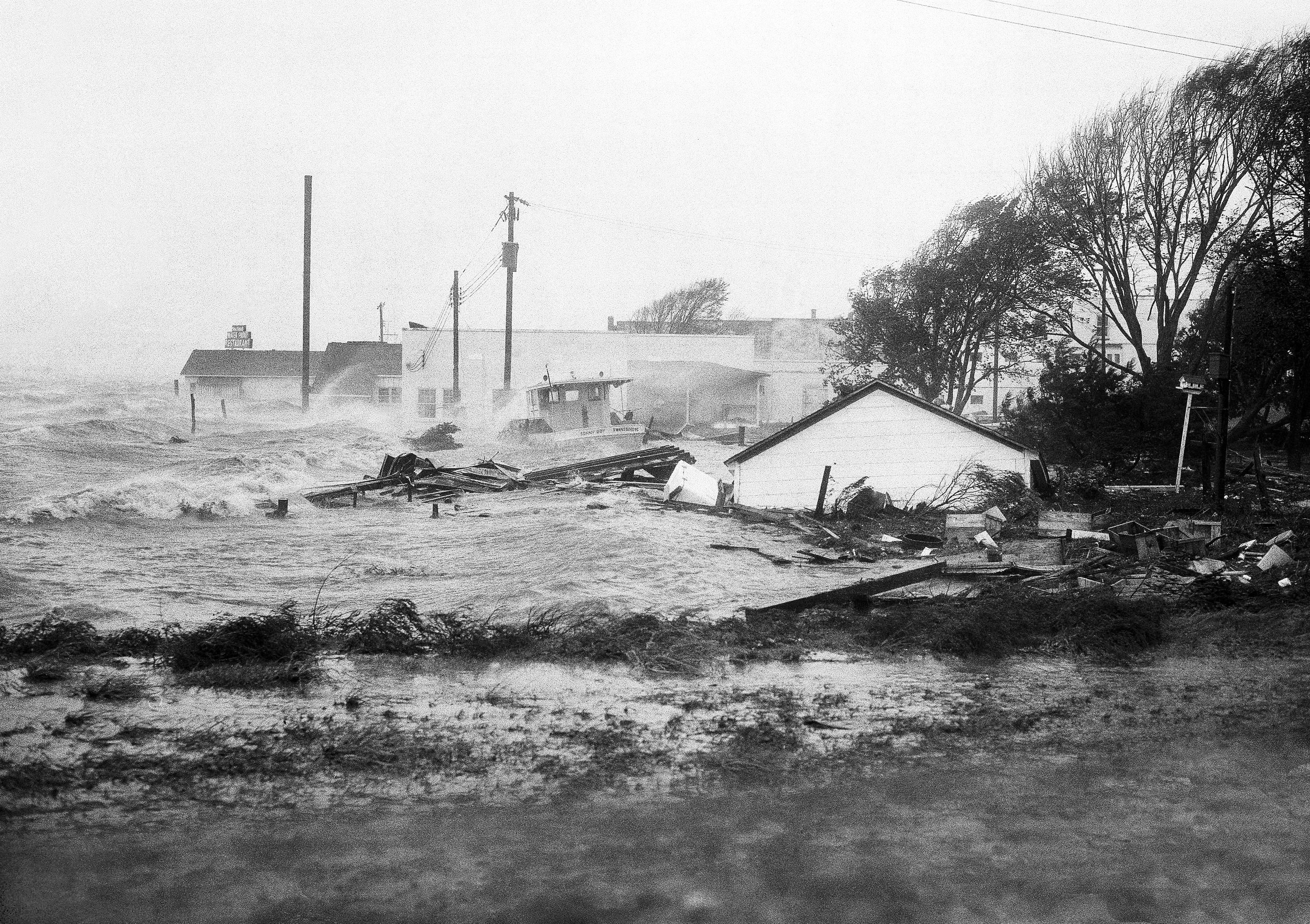 RALEIGH, N.C. — The last time the midsection of the East Coast stared down a hurricane like this, Dwight Eisenhower was in the White House and Marilyn Monroe and Joe DiMaggio were newlyweds.

Hurricane Florence could inflict the hardest hurricane punch the Carolinas have seen in more than 60 years, with rain and wind of more than 130 mph (209 kph). North Carolina has been hit by only one other Category 4 storm since reliable record keeping began in the 1850s. That was Hurricane Hazel in 1954.

In comparison, Florida, which is closer to the equator and in line with the part of the Atlantic where hurricanes are born, off the African coast, has had at least five hurricanes in the past century of Category 4 or greater, including Hurricane Andrew in 1992.

Hazel’s winds were clocked at 150 mph at the North Carolina coast and kept roaring inland. They were only slightly diminished by the time the storm reached Raleigh, 150 miles inland. Nineteen people died in North Carolina. The storm destroyed an estimated 15,000 buildings.

“Hazel stands as a benchmark storm in North Carolina’s history,” said Jay Barnes, author of books on the hurricane histories of both North Carolina and Florida. “We had a tremendous amount of destruction all across the state.”

Twelve hours after its landfall, Hazel was in Buffalo, New York, and had ripped through seven states with winds still swirling at 100 mph or more.

Few people have experienced the ferocity of a storm like Hazel, which also was blamed for at least 60 deaths in Virginia, Pennsylvania and New York state.

Jerry Helms, 86, was on his honeymoon on a barrier island off the North Carolina coast when Hazel hit on the evening of Oct. 14, 1954. He and his new bride had been to a roller skating rink and missed the evacuation warnings from police officers who went door to door.

Hazel obliterated all but five of 357 buildings in the beach community now known as Oak Island. The Helmses barely survived.

As the storm crashed ashore, they abandoned their mobile home for a two-story frame house. Before long, it was collapsing under the waves and “the house was falling in, and all the furniture was falling out through the floor,” Helms recalled Monday.

He thought the roof of a neighboring cinderblock house might be safer, but soon a big wave went over that house. When the wave went out, the house was gone, Helms said.

“There was another house — a wooden house that was coming down the road more or less — and it had some guy in that thing and he’s hollering for help,” he said.

Helms pushed a mattress through the top-floor window, and they hung on as it bobbed in the raging water.

What lessons is he applying now that a similarly powerful hurricane is coming?

“I didn’t feel like it was going to be bad enough to leave,” Helms said. “I don’t know. I just felt better about staying here than I did leaving.”

He doesn’t have a safer destination in mind, and having recently broken ribs in a fall, Helms fears getting stuck as thousands abandon the coast.

Meanwhile, Aida Havel and her husband, John, made preparations Monday to evacuate their home in the Outer Banks village of Salvo, where they’ve lived for about a year. They are heading about 200 miles inland to their former hometown of Raleigh, where Hurricane Fran hit in 1996. Fran took a similar inland path to what forecasters are calling for with Florence.

“I had a tree that smashed my car down in my driveway,” Aida Havel said. “Even though that was 22 years ago, I have never gotten over it.”

The throngs of vehicles heading inland demonstrate the big difference between Hazel’s impact and the damage Florence could cause, Barnes said.

“Today, we have thousands and thousands of permanent residents on our barrier beaches,” he said. “It’s a totally different scenario with regard to human impact.”